Don’t Let Go, sadly, is a genre time-warp thriller that has an all too obvious villain with a whodunit plot that has two gaping plot holes caused by puzzling character actions.

Don’t Let Go, sadly, is a genre time-warp thriller that has an all too obvious villain with a whodunit plot that has two gaping plot holes caused by puzzling character actions.

I desperately wanted to recommend Don’t Let Go. The new genre thriller has more going for it than many will admit. First, it has David Oyelowo (Selma) in the lead, which is always a welcome sight and can elevate any film. The musical score is surprisingly effective, even moving, enhancing the emotional weight the protagonist is carrying with him. Its main plot, while echoing a slight nod to a much better family thriller, Frequency, is refreshing, enough so that it really doesn’t matter if the creators make it clear on how or what has transpired. Yet, the saddling of this movie’s two obvious issues drags the credibility of the storyline down like cement blocks tied around its ankles.

David Oyelowo plays Detective Jack Radcliff, a caring Uncle to his niece, Ashley (played by When They See Us actress, Storm Ried). She is the daughter of his brother, Garrett (Widows‘ Brian Tyree Henry), who is basically an absentee parent. So much so, Uncle Jack gives his only niece a cell phone in case she ever needs him. Shortly after, Radcliff’s extended family is brutally murdered, including his adoring niece. Soon, while mourning his loss, he receives a call from the same smartphone he gave her; even more puzzling is it’s her voice on the other end of the phone. Just like the Dennis Quaid vehicle mentioned above, both of the leads here, on slightly varied timelines, begin to investigate who was responsible for the slayings. 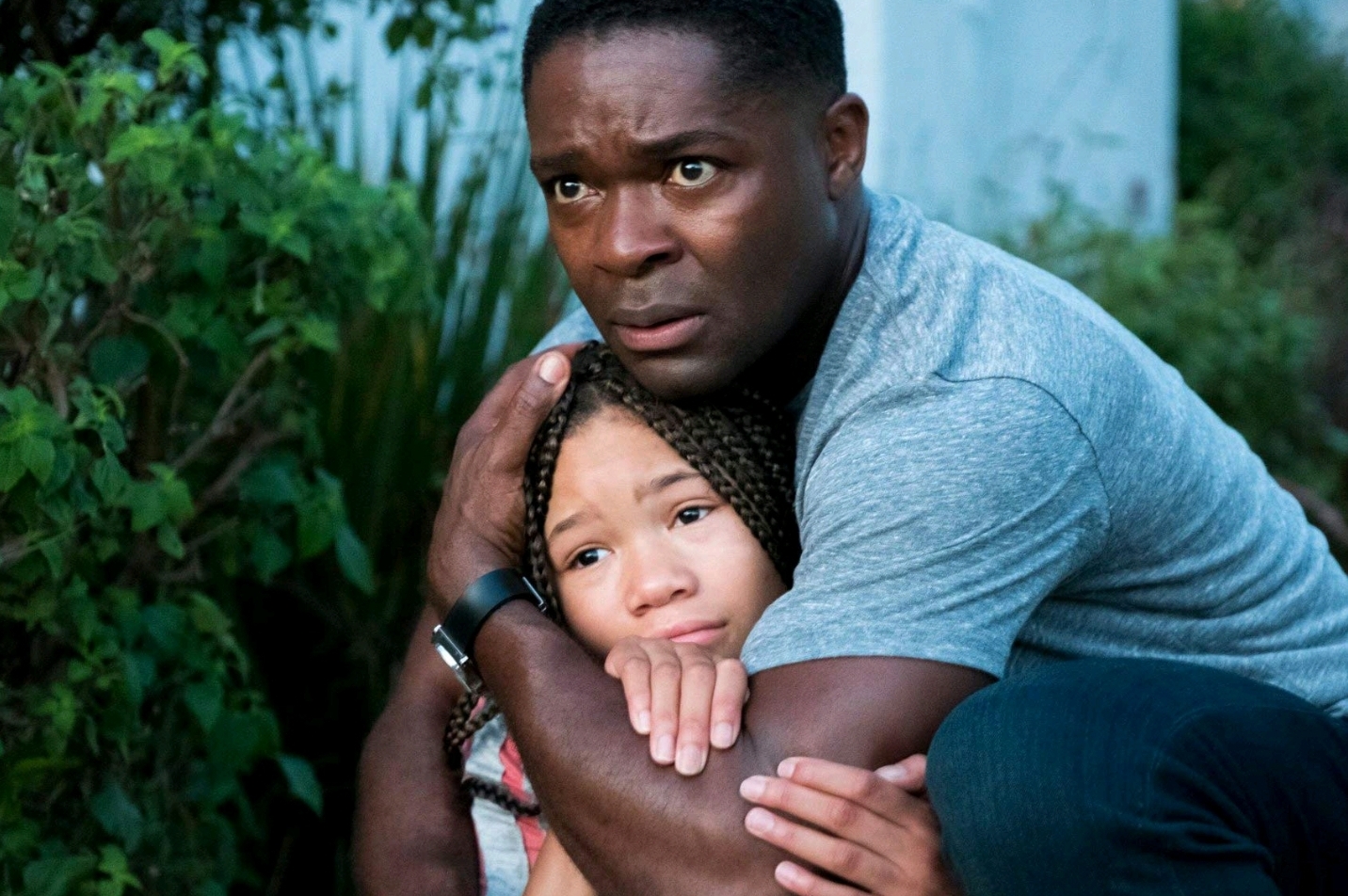 Don’t Let Go was written and directed by Jacob Aaron Estes, whose debut film, Mean Creek, was a thrilling drama about the effects cruelty can have on one’s youth. His latest is a much more Hollywood attempt that used child welfare as a starting gun to jumpstart the viewer into its linear timeline narrative. I even enjoyed the fact that Oyelowo took a chance here on something orthodox, exposing his talents to a wider audience. He is in fine form, effectively communicating his desperation and grief, building suspense in the process. The main issue, however, is the unevenness of the film’s script, which unsuccessfully tries to meld its linear timeline narrative with its sleuth crime plot. At one end, you really don’t need an answer on why the calls from his niece are coming from the past, as long as the story is being told with proficient skill. Just like any magic trick, you don’t want to bog down the magic of the story with an overbearing reason for the unexplained; sometimes, just like a magic trick, it’s better to live with the mystery.

The other side of that storyline is the attempt to put together who exactly is responsible for the killing of Radcliff’s family. The story may have been better served with A Picnic at Hanging Rock’s answerless conclusion and focus on Oleyowo’s characters’ spiritual journey. Instead, you have an all too obvious, clear candidate or two who represent the film’s whodunit, which makes for a dull unveiling; it may even make you resent the time you put into it. By attempting to wrap up the questions for the viewer, it, what seems out of pure desperation, creates puzzling, bordering on ludicrous, character decisions, to move the film’s plot along with someone who you could clearly commit to a behavioral center. You have them dead to rights, so why not cover your tracks, on multiple occasions? It’s a lazy, convoluted attempt, and with a little tweaking, could have made for a much stronger thriller. It’s the equivalent of kicking a golf ball forward when your playing partner is looking the other way.

I don’t mind that Don’t Let Go copies Frequency; it couldn’t have been written without it and does enough organically to stand on its own. It’s the fact that every year, there is a film that frustratingly falls short of what could have been something truly special. Estes’ film, along with this year’s I’m Not Here, are your atypical two-star films. It has more negative than positive points, but the obvious flaws slightly outweigh the positive aspects accomplished here, leaving the viewer frustrated with what could have been. You should let go of the fact to demand not just better but more from your buying power, even if a film like this has a limited ceiling.