Home » TV » The Purge Recap: The Morning After The Night Before

The Purge Recap: The Morning After The Night Before

“Everything Is Fine” continues to prove this second season’s concept a great idea, delving deeper into how its characters are affected in the aftermath of Purge night.

“Everything Is Fine” continues to prove this second season’s concept a great idea, delving deeper into how its characters are affected in the aftermath of Purge night.


This recap of The Purge Season 2, Episode 2, “Everything is Fine”, contains spoilers. You can check out our thoughts on the previous episode by clicking these words.

Whatever the title might insist, everything is not fine in The Purge Season 2, Episode 2, which continues to make a strong case for exploring what the members of this society get up to when they’re not wantonly killing each other for twelve lawless hours. While the premiere set up four distinct story strands with a fair helping of chaotic genre enthusiasm, “Everything Is Fine” settles into a more patient, psychological groove, catching up with its various focal characters in the aftermath of the Purge and exploring even further how these events are managed and cleaned up after the fact.

Fittingly, then, we open with a literal clean-up crew going casually about their business, hauling corpses around and into bodybags like it’s no big thing — which I suppose it isn’t if you do it every year. The streets are still teeming with people, many of whom are furious or relieved that the Purge has ended. What this episode really captures is that sense of uncertainty that you’d probably feel in similar circumstances; can these people still legally kill me? Do they care that they can’t? Are the emergency services back in operation? Aren’t they going to be overworked anyway? One question leads to another. There’s no wonder the NFFA needs an elaborate national surveillance system to keep track of it all. 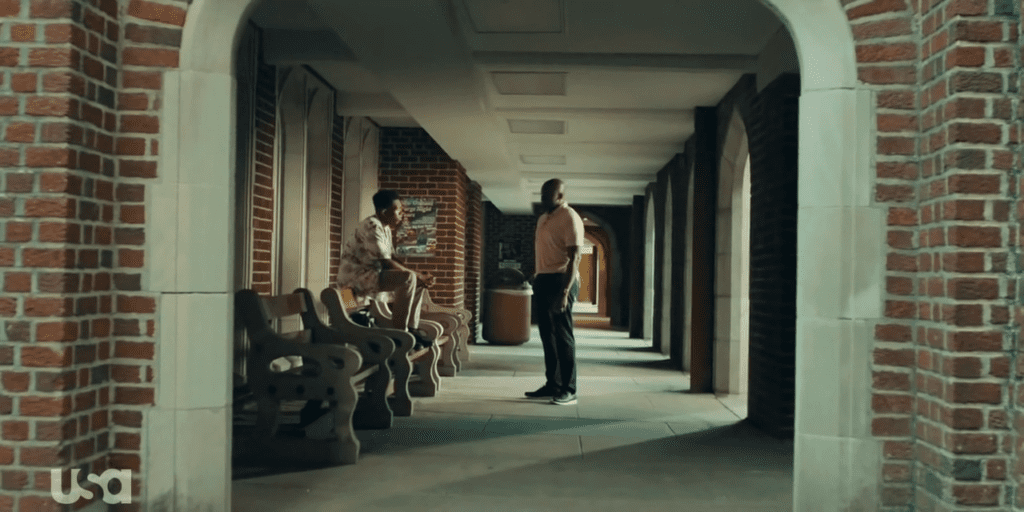 It doesn’t help that the Purge we witnessed in the previous episode was one of the worst ever, in terms of carnage. The hospital where Marcus (Derek Luke) works is packed to capacity, including with a man whose tell-tale scarred hand piques Marcus’s interest. Esme’s (Paola Nuñez) return to work and subsequent investigation is fraught with distractions and the chaos of the night before; Ryan’s (Max Martini) outfit are still at risk — though Tommy (Jonathan Medina) is the one to pay the price, for now — and Ben (Joel Allen) struggles to keep his urges and feelings in check now that order has more or less resumed.

It’s an interesting collection of stories, this, especially the on-going mystery of why a bounty has been placed on Marcus’s head to the tune of $75,000. But it’s how “Everything Is Fine” begins to delve into the psyche of these characters that shows the most promise for the season going forward. The focus on worldbuilding is a smart one, and the show’s handsome direction really helps to show off the extent of the carnage. Of all the shows that I was skeptical about going into their sophomore season, this has to rank near the top of the list, but thus far The Purge Season 2 is proving to be one of the Fall’s most pleasant surprises.