Top 3 (NewFest 2019) Review: A Swedish Story Worth Your Time

This mini-feature combines beautiful animation with a cohesive script to create an all-too-real 45-minute viewing.

This mini-feature combines beautiful animation with a cohesive script to create an all-too-real 45-minute viewing.


You don’t see many films coming in at 45 minutes in length. You see lots of 10-20 minute short films, encapsulating moments in time or covering lots of ground quickly. You see lots of feature-length films, clocking in at 90 minutes. The Swedish animated film Top 3 is my first 45-minute film this year, and boy was it good.

The animation is utterly fantastic. It’s specific, unique, and quirky in the best way. The story is simple. Anton (Eric Ernerstedt) is a young college student who falls madly in love with David (Jonas Jonsson), a boy from his high school who is a couple of years younger. Anton’s life is made up of lists, starting with the top three idiots he hates the most: the Prime Minister, me (himself), and you (David).

The film consistently surprises due to its honest script, written by Simon Österhof and directed by Sofie Edvardsson. The little things make it relatable, like how Anton bails on parties because it’s “laundry day”. Though the film is shorter than a feature, it doesn’t rush. It takes time for Anton and David to chat, to travel, and to live together for a summer. 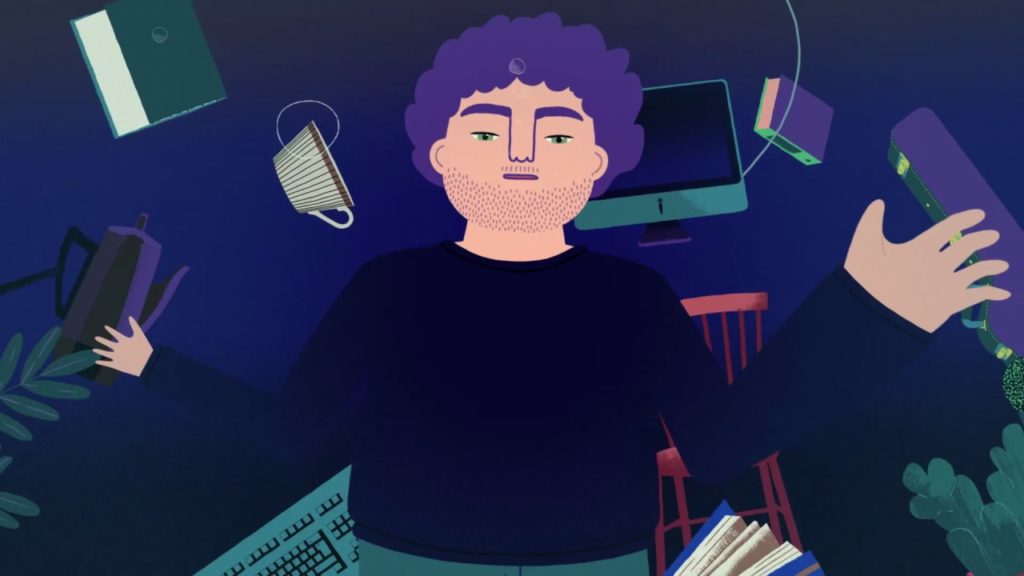 Top 3 is about young love, about long-distance relationships, and about the heartbreak of learning exactly what you want in life. Anton wants to stay in Sweden, live in their little hometown village, and enjoy a movie with his fireplace burning in the winter. David wants to travel the world, never feel stagnant, and continue to be on the move. Their dreams are at odds and their relationship, like many young ones, cannot withstand the differences.

Top 3 isn’t necessarily a story you’ve never heard before. Its originality comes from the specificity of its characters and their situations, along with the gorgeous animation. The ending lacks conviction, as Anton wavers and wallows in his pain. It’s a realistic ending, though. When we’re young, we’re unsure. We’re full of mistakes and full of concerns about making those mistakes. We second-guess everything.

It’s a humanistic little film and it’s well worth 45 minutes of your time.