Doctor Sleep hit cinemas and the long-awaited sequel to The Shining is here, left in the hands of horror mastermind Mike Flanagan (Hush and The Haunting of Hill House). We get to see the next chapter in the Danny Torrance story here, but just what were the best and worst things about this movie? You can also read our full review by clicking these words. Here are three ups and three downs in Doctor Sleep.

This will contain full spoilers, please consider this a warning. 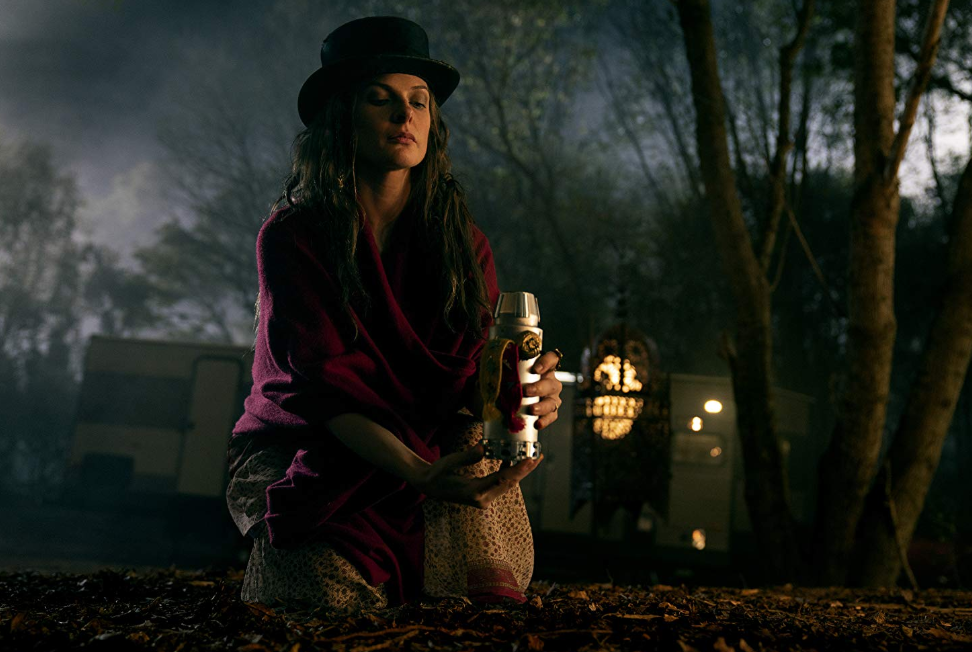 Kyliegh Curran plays Abra Stone, a teenage girl who has the same powers as Danny — she has the Shining. She has been communicating with Danny for a while and now needs his help. Kyliegh brings this character to life; she isn’t just going to be a horror victim which is high praise because she needs to show she is a fighter, while having weaknesses and feeling isolated within her normal life. Kyliegh makes us believe everything she goes through and makes us want to watch more of her character.

Andi is a 15-year-old girl that has been using her abilities to bring pedophiles out from the shadows, leaving them branded and willing to expose the truth about their nature. She has a long list of victims, which has seen her grab the attention of Rose the Hat. Rose convinces her to turn and join them promising her a longer life than she could ever imagine. With the time jump Andi, nicknamed Snakebite, is a crucial part of the team. She learns that they are not immortal, just remain younger for longer, and she starts to question what she was promised. All of this is very interesting, showing a character questioning whether being on the evil side was the right thing or not, but we don’t seem to get an ending to this branch of the story involved in the film, which does feel like it would have been a big part of the final outcome.

When it comes to horror films, we do expect our protagonist to spend most of the runtime dealing with the quintessential horror moments. Doctor Sleep spins this by having the antagonist also experience horrific moments, making us feel like we just don’t know who will be the latest target of the tension-building sequences. When Abra and Rose meet their minds, this is excellent and the return to the Overlook shines for the final third of the film.

Down 2: The Stand or Filing Cabinet

One of the biggest narrative decisions comes from how Rose the Hat has been building an evil group to take on the people who shine, while the people who do have the shine that could stop her join together. This shows us that we are seeing something similar to The Stand and how the groups were set up to clash in the end. The other huge moment that does feel borrowed from another film would be the idea that the brain has files on everything and this does do what Dreamcatcher did, with how the good or evil wants access for more secrets.

Up 3: Not Holding Back

Doctor Sleep does have one of the most shocking moments of the year; this scene is both disturbing and crucial to the film. In this sequence we watch one of the children be tied down and tortured for Rose the Hat and the True Knot tribe to get pleasure from his cries of pain, giving them strength. While we don’t see the actual injuries happen, the cries are clear and this isn’t a short scene since this needs to happen to show us just how evil this group is and display to Abra what could happen to her if she doesn’t fight back.

At the start of the film, Danny has grown up to become an alcoholic and drug abuser, even being caught trying to steal money from a single mother he had a one night stand with. While we might have only met a 5-year-old Danny, this does seem like a twist to his character that is strange, though we do see him on the road to recovery as part of his arc, confronting the drinking problem in the Overlook. The problem with this part is that it feels more like a plot device, rather than a chapter that is needed in the story.

What do you consider some of the best and worst parts of the movie?