Home » TV » Batwoman Recap: Sisters Are Doing It For Themselves

Batwoman Recap: Sisters Are Doing It For Themselves

“Mine Is a Long and a Sad Tale” reveals Alice’s morbid origin story as she and Kate enjoy a trip down memory lane.

“Mine Is a Long and a Sad Tale” reveals Alice’s morbid origin story as she and Kate enjoy a trip down memory lane.

This recap of Batwoman Season 1, Episode 5, “Mine Is a Long and a Sad Tale”, contains spoilers. You can check out our thoughts on the previous episode by clicking these words.

Batwoman, as uneven as ever, takes some time in its fifth episode to delve into the tortured backstory of Alice/Beth (Rachel Skarsten), perhaps in an effort to explain why Kate (Ruby Rose) still believes she can have a happy-clappy relationship with her despite her having proven herself a deranged killer several times over at this point. I can’t say I’m buying it, nor that I expected Batwoman to really endeavor to be a family drama above all else, but I still insist that the show has some potential, glimmers of which can be seen in “Mine Is a Long and a Sad Tale”.

The tale is Alice’s, obviously, who begins Batwoman Episode 5 being caught on camera stealing flesh from Gotham morgues. This morbid pastime is discussed by Kate and Luke (Camrus Johnson), who consider it worth chatting with her about. Luckily Kate has Dodgson (Brendon Zub) helpfully fitted with a tracker, so follows him straight to the hideout where she lays the smackdown on the Wonderland Gang and apprehends Alice.

The enigmatic “Mouse”, mentioned last week, is brought up again in “Mine Is a Long and a Sad Tale”, but Alice isn’t particularly forthcoming with answers beyond that he was the one who found her after the accident. Alice believes in the “show don’t tell” school of storytelling, so she insists that she has to take Kate somewhere so she can get the full story. Kate calls up Jacob (Dougray Scott) to let him know she’s chilling with her sister, giving Batwoman Episode 5 a helpful ticking-clock device, as Jacob can’t help but trace the call and set off in pursuit. 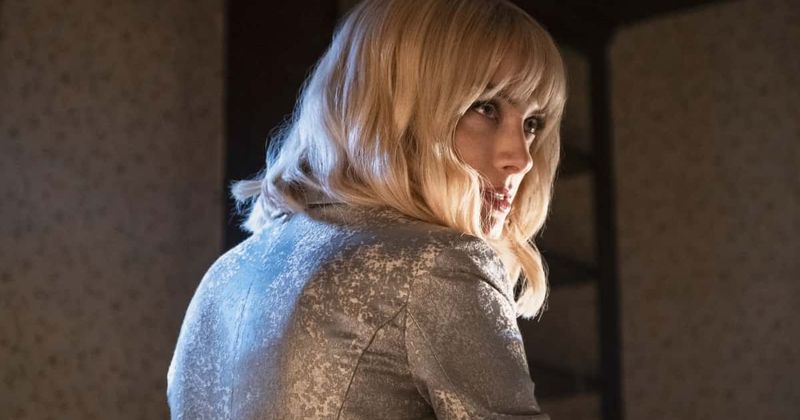 In the meantime, though, road trip! Alice mentions offhandedly that Catherine (Elizabeth Anweis) faked her death, which is news to Kate, and not something that the show has forgotten about. Elsewhere in “Mine Is a Long and a Sad Tale” we see Mary (Nicole Kang) confront Catherine and then sloppily unburden herself to Luke while under the influence, which is probably the worst way of having the show’s most entertaining characters interact. But it’s all filler anyway — the bulk of the episode is devoted to Alice’s origins, and that’s much better material, as we’ll see.

So, yeah, the Kane sisters are on the road. In flashbacks, we see a young Beth (Ava Sleeth) wake up having been rescued by a father and his similarly-aged son, Johnny (Nicholas Holmes). They claim to have found her while out fishing and promise they’ll help her get back home, but the dad is super creepy and Johnny is badly disfigured, so they’re clearly lying. But Beth doesn’t discover that straight away. In the present-day, the Kanes arrive at a specific diner, where Beth continues. She bonded with Johnny, or Mouse if you prefer, but eventually discovers that his father never reported finding her. Instead, he’s trying to assemble his son a new face, one assumes so he can stop being self-conscious about his disfigurement and live a normal, happy life. Something tells me this mob hasn’t seen The Texas Chainsaw Massacre. It never worked for Leatherface!

The “big reveal” of Batwoman Episode 5 is that all this — the skin theft, the diner, and so on — was planned by Alice to lure Kate into the home where she was held captive; and not for the first time. In further flashbacks, it’s revealed that Kate (played by Gracyn Shinyei as a youngster) has been there before, with Jacob. Beth, having realized what was going on, was able to temporarily escape and call her father. When he and Kate arrived, Johnny’s father was able to convince them that Beth’s voice on the phone had been a prank. Johnny was a fine mimic and had developed an obsession with her after following her disappearance on the news. Beth was literally feet away from her father and sister and could do nothing about it.

Once Jacob and Sophie (Meagan Tandy) arrive at the house in the present day, Alice’s story has come full-circle. They are all back where they all once were, but now it’s too late. There’s a decently-written underscoring of tragedy to all this, and I think Alice’s desperate description of her experiences is the best the show has been thus far. It’s also, I hope, a turning point. Alice sides and escapes with a grown-up Mouse, her “dear brother”, and the stolen skin is, obviously, for his new face. She has turned away from her biological family. Now they hopefully realize it, and Batwoman can move forward with some more interesting, pacey storytelling. Either way, Batwoman Season 1, Episode 5 provided a solid origin story for Alice, and one or two effective character moments that the show can build on moving forward. It wasn’t a great episode, but it at least hints at better ones down the line.