A dialogue-free episode advances the story while being a thrilling episode of TV.

A dialogue-free episode advances the story while being a thrilling episode of TV.


This recap of Mr. Robot Season 4, Episode 5, “405: Method Not Allowed”, contains spoilers. You can check out our thoughts on the previous episode by clicking these words.

Communication is vital. It allows us to be open with other people. It is fundamental for human connection — an idea that is at the root of what Mr. Robot is getting at. It is fitting that in its sixth-to-last episode, “405: Method Not Allowed”, Mr. Robot opts to eschew dialogue altogether. It would be one thing to rely entirely on facial expression and camera movement (which does the job for much of the episode), but Esmail decides to use text, mostly on phone, to move the narrative along. The emphasis on SMS shows how much of these characters’ lives are controlled by the letters that appear on-screen — letters that by nature are lacking in the emotional qualities of voice. Krista’s exchanges with her boyfriend appear in the same form as Janice’s commands to Dom. When dialogue loses voice, the sinister and the affectionate are identical.

The lack of dialogue is fitting for the main story of “405: Method Not Allowed”, which features Elliot and Darlene undertaking a heist. Continuing from where the last episode left off, Darlene tracks down Elliot to the van he has now burnt. We know from the last episode how worried each sibling was about the other. But they agree not to talk. It is so clear to the other that they are all they have in this world, there is no need to say anything. Back at home, Elliot struggles to wash his hands. Tyrell’s death has taken its toll.

Their target is Virtual Realty (or is this a Virtual Reality??), the brick-and-mortar location of Cyprus National Bank. Darlene, donning with an Edna Mode wig, tries to enter as Dolores Haze (here’s hoping the security guard hasn’t read Lolita). While Darlene distracts the security guard, Elliot hops the turnstile and makes Haze a legitimate employee. Once inside, they 3D print the security guards’ thumbprint to get into the main data center. 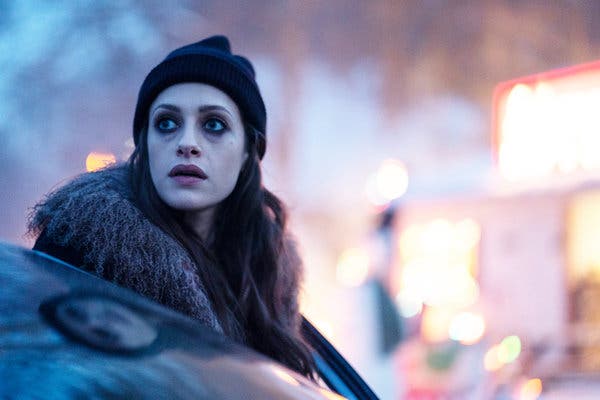 As usual for Mr. Robot, it’s always dubious as to what exactly is beyond the capability of Elliot’s hacking abilities — sometimes it feels as if Esmail and co are just adding hurdles. The lack of dialogue means there is no pre-heist going over the plan scene, but the plan is easy to follow, and all the tenser when the security guard finds out that there has been a break-in.

They complete the hack just in time, but the police have arrived. Elliot runs out, giving Darlene enough time to go back upstairs and exit discreetly. What follows is as thrilling a sequence as Mr. Robot has ever done. Conveyed with an excess of long, wide shots, Elliot outruns cops through sidewalks, traffic, Central Park, an ice-skating rink, onto a bus, into a moving car, and finally rolls down a cliff to where Darlene is waiting. Bruised and battered, Elliot manages to escape — for now.