A Beautiful Day In the Neighborhood Review: A Perfect Tribute

Tom Hanks fills Mr. Rogers’ sweater and sneakers in this unique, heartwarming take on a biopic.

Tom Hanks fills Mr. Rogers’ sweater and sneakers in this unique, heartwarming take on a biopic.

I want to warn you, dear readers, ahead of time. Before you read this review of Marielle Heller‘s A Beautiful Day in the Neighborhood starring Tom Hanks as the beloved Mr. Rogers, I need you to ready yourselves for the language I’ll use. This review wants to drip with words like, “charming,” “heartwarming,” “moving,” “inspirational,” and other saccharine platitudes. I know, I know, in a time filled with rose-colored perceptions of major public figures, where none of us have faced disillusionment with our role models, such language may seem shocking, even unbelievable. Steel yourselves. I’ll do my best to restrain myself, but when I use those words, I’ll make sure that it’s necessary and germane to the topic at hand. I wouldn’t use such words so freely if it weren’t so necessary. 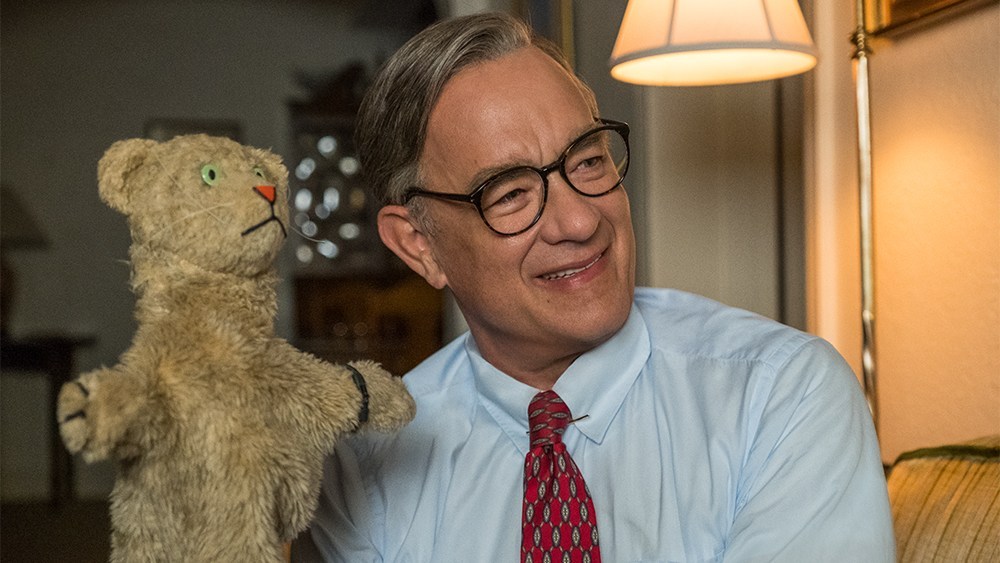 A Beautiful Day in the Neighborhood is the perfect tribute to Mr. Rogers. It’s also told in a way that I did not expect. This is no pure biopic – in fact, I’d say it’s mislabeled as such. If you want the full story of the charming minister-turned-children’s television entertainer, be sure to watch the excellent (Oscar-snubbed) documentary Won’t You Be My Neighbor from last year. It’s like a hug. But A Beautiful Day in the Neighborhood is not actually about Mr. Rogers. At least, not in the way I expected.

This film follows Lloyd Vogel (Matthew Rhys), a disenchanted investigative journalist tasked with writing a 400-word blurb on Fred Rogers as a hero. What starts as a reluctant assignment turns into a relationship. Fred Rogers focuses on Vogel and asks perceptive questions of the man sent to interview him. Vogel is determined to dig through to the “real” Rogers, despite his wife (Susan Kelechi Watson) begging him not to ruin her childhood. But Rogers won’t be pinned down, won’t be smeared, for he is who he seems to be: a good man who seeks to inspire children.

Let’s face it, Fred Rogers would be loath to have a film focus on him as its star. Instead, it focuses on good, incredible, important work and the impact that he had on millions of kids over multiple generations. We see that same impact in microcosm upon Lloyd, and it’s simply charming. Simply moving.

Heller tells Rogers’ story boldly, with some truly imaginative, perfect homages. Whole sequences are told through Mister Roger’s Neighborhood, with nostalgia-inducing recreations of the set and performances. At first, we see Mr. Rogers through Vogel’s skeptical eyes, looking at the open, warm man, trying to find cracks in some facade. Then, progressively, we see Mr. Rogers through the eyes of the children raised on his show. He gives his full, unadulterated attention to the people before him. He speaks into the hearts and minds of the children entrusted to him as though they sit in his presence, not through a TV screen. Heller takes the time not only to tell the tale of Mr. Rogers but of us, his audience.

Mr. Rogers spent his life teaching children about real things: death, pain, heartache, feelings. He never shied away from difficult topics. And this film follows in his footsteps. Mr. Rogers helps Vogel wrestle with his past and become a better man. 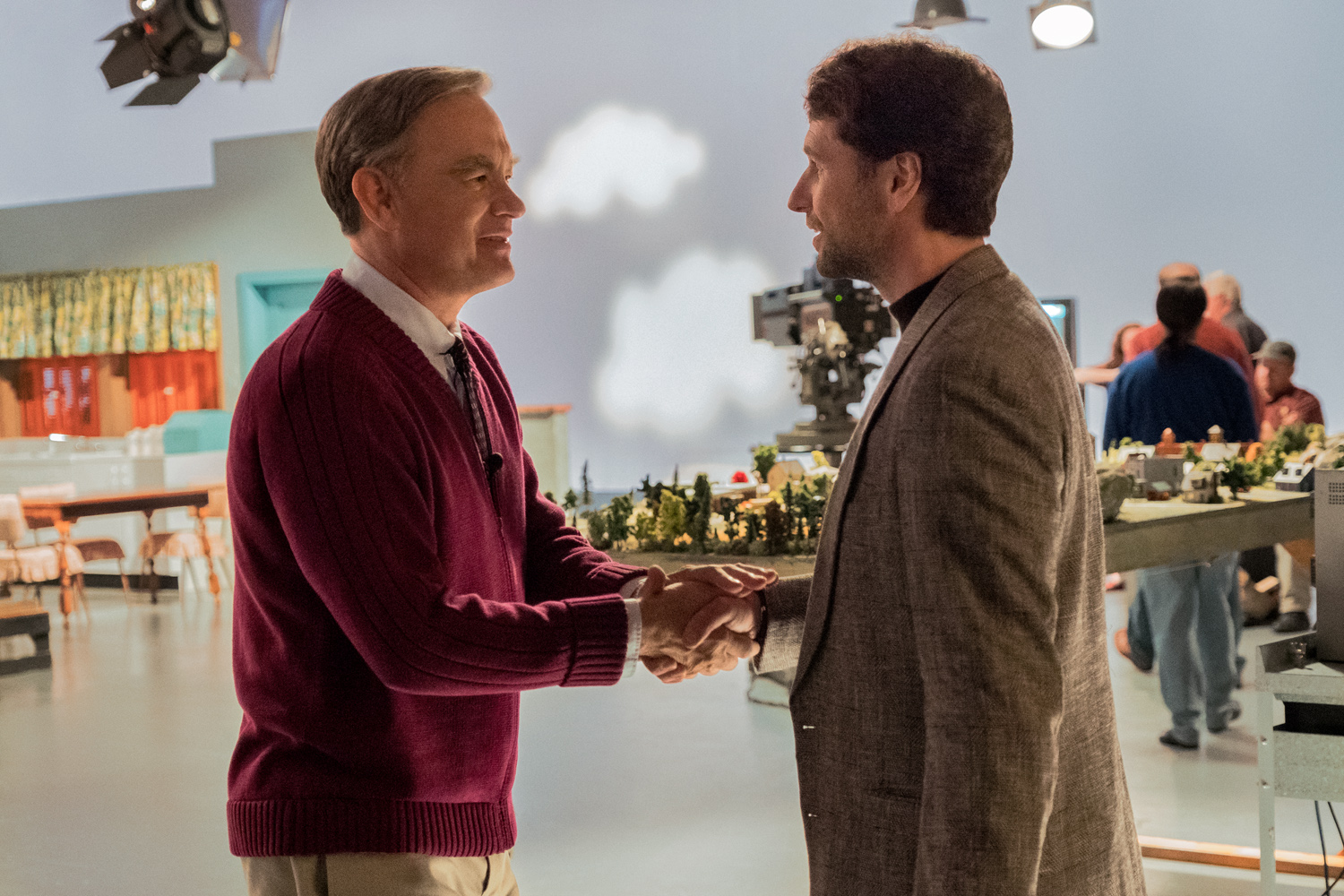 Tom Hanks channels Fred Rogers through every nuance and character choice, without diverting into pastiche. Hanks gives the most transformative performance of the year since Joaquin Phoenix‘s Joker. There couldn’t be a more diametrically opposite film or character. Rather than violently railing against a failing society, Mr. Rogers takes a stand for love and respect and inspires us all. After quite a few years on the Oscars’ to-snub list, I fervently hope that Hanks will finally return to the Academy’s good graces.

I grew up on Mister Roger’s Neighborhood, and I sat through A Beautiful Day in the Neighborhood with a smile plastered across my face the entire time. Many of my fellow audience members wept (as did I), sang along with some of the songs, laughed aloud at the recreations of our childhood memories. This film accomplishes something sorely lacking in today’s Vogel-like jaded world: it reminds us of a healthy way to express ourselves, to deal with our problems, to relate to one another as real human beings with feelings.

A Beautiful Day in the Neighborhood is a charming, heartwarming film that recalls the halcyon days of decency, of hope.