Home » Streaming Service » Netflix » V-Wars Recap: Whose Side Are You On?

V-Wars Recap: Whose Side Are You On?

“Blood Brothers”, a shorter, less consequential episode, introduces a moustache-twirling organization and sets the stage for the rest of the season.

“Blood Brothers”, a shorter, less consequential episode, introduces a moustache-twirling organization and sets the stage for the rest of the season.

This recap of V-Wars Season 1, Episode 2, “Blood Brothers”, contains spoilers. You can check out our thoughts on the previous episode by clicking these words.

We re-join Luther (Ian Somerhalder) in V-Wars Episode 2 having been taken back into custody and charged with the murder of Jess (Jessica Harmon). I guess such things happen when you just allow people to roam around for two hours when they’re under suspicion of being criminals. Regardless, Dez (Kyle Breitkopf), despite being an eyewitness, refuses to say anything to a therapist, and before long the jurisdiction is challenged by matters of national security in a classic “My Uncle Sam could beat you in a fight” scenario.

Meanwhile in “Blood Brothers”, Kaylee (Jacky Lai), having seen Michael’s (Adrian Holmes) new gnashers, doubles down on him being a vampire, which he certainly is. The problem, as Luther realizes, is that lots of other people are going to be vampires soon too since the virus is spreading at an alarming rate. 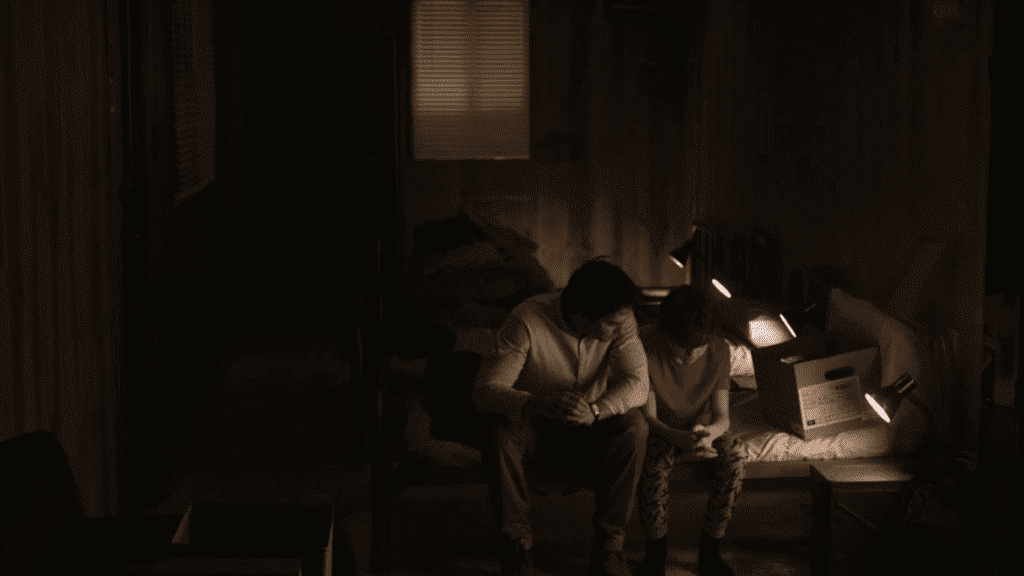 What is to be done? Well, the solution posited in V-Wars Episode 2 is for Luther to lend his expertise to the DNS. He meets with Claire (Kandyse McClure) and Calix (Peter Outerbridge), and they have science-y discussions about what’s happening and why, and sinister motivations are revealed which threaten both murder-happy Mike and Luther himself. Everyone is to be taken care of – providing the vampires don’t take care of everyone first.

The introduction of a cartoony muckety-muck organization in V-Wars Season 1, Episode 2 makes for some fun, comic-book-y silliness. “Blood Brothers” being shorter and less consequential helps it to set the stage of the rest of the season even if it doesn’t – can’t, really – leave quite the same strong impression as the opener did. More to come.