V-Wars Recap: Into the Woods

“Because I Could Not Stop For Death” was a decent episode that, unfortunately, reveals some thin characters and surplus subplots.

“Because I Could Not Stop For Death” was a decent episode that, unfortunately, reveals some thin characters and surplus subplots.


This recap of V-Wars Season 1, Episode 3, “Because I Could Not Stop For Death”, contains spoilers. You can check out our thoughts on the previous episode by clicking these words.

In typical Fed fashion, the government takes control of the vampire situation as we continue matters in V-Wars Episode 3. Bodies are cropping up everywhere, and Mike (Adrian Holmes) is public enemy number one. Even Biker Bobby (Greg Bryk) is on his tail.

Luther (Ian Somerhalder) would, obviously, like to see his former friend brought in alive. He sees a potential ally in Calix (Peter Outerbridge) and pleads with him for help, but it isn’t a small matter. The need for a cure is pressing now; the virus is spreading everywhere. Case in point: Dani (Kimberly-Sue Murray) turns in record time

And then there’s the matter of Kaylee (Jacky Lai), digging into Luther, convincing his ex-wife to turn on him, as ex-wives are liable to do. This ill-fitting soapy subplot isn’t entirely welcome in “Because I Could Not Stop for Death” and felt like a bit of a time-killing distraction. 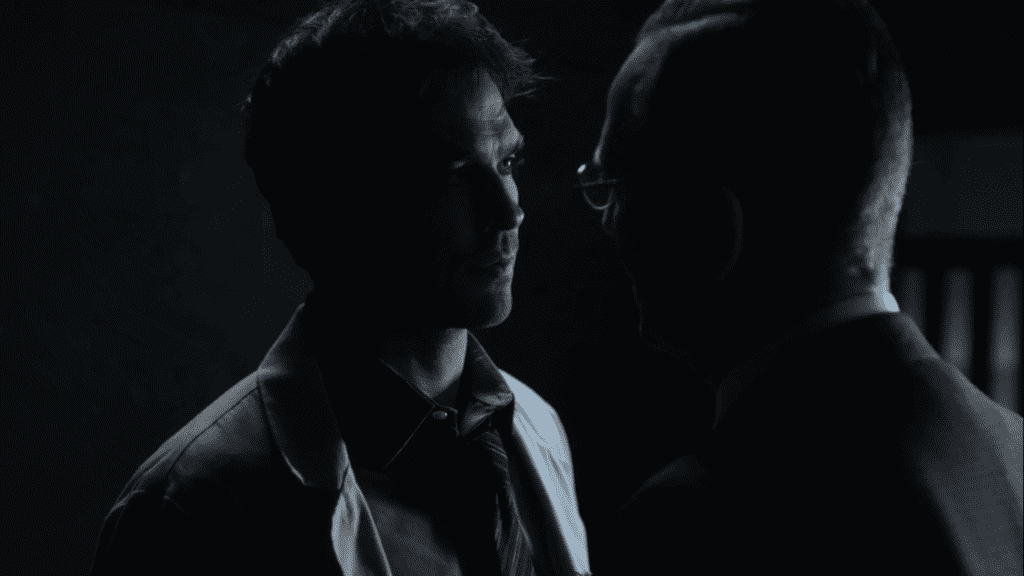 Better is Mike on the run, attempting to get off the grid but pursued by the authorities. Luther, dragged away from mourning Jess – which is admittedly hard for us to care about since she only made it one episode – arrives to help, and ends up tipping off Mike that he’s about to be killed. I guess you just can’t rely on principled men to hunt down their friends at the behest of the Federal government. Who’d have thought it?

Am I the only one who thinks too many of these characters are a bit too thin? Or that some of the subplots feel slightly surplus to requirements? V-Wars Season 1, Episode 3 is the show perhaps at its busiest, and even a respectable episode like “Because I Could Not Stop for Death” doesn’t do a great job of untangling the threads. Plenty of time yet, though.