Whatever you may think of the victims of Ailes’ wretched crimes, no-one should go through it. Don’t let their politics change your view of the satirical take on the first strike against Fox News or turn a blind eye to one of Theron’s best performances. It’s a knockout!

Whatever you may think of the victims of Ailes’ wretched crimes, no-one should go through it. Don’t let their politics change your view of the satirical take on the first strike against Fox News or turn a blind eye to one of Theron’s best performances. It’s a knockout!


Sometimes you just have to swallow your pride and put away your preconceived notions of what a movie should be. Take Jay Roach’s Bombshell, a film that has most of the liberal media film world in an uproar because it doesn’t revolve its central story of the Trump campaign. My favorite complaint I’ve read is that it lets Fox News off the hook by only going skin deep. I say those critics are missing the point and are trying to make a different movie or even vent their frustrations with the outlet’s allegiance to the far right. It may lack those elements, with a surface level understanding and a real emotional core to connect to most audiences, but that doesn’t mean the film isn’t recommendable. This movie is about the women who told the truth to power, made from a satirical point of view, about the victims of the wretched actions by an old, white man with a uber amount of money, and too much time on his hands.

Bombshell follows three Fox News anchors/personalities in the film to show varying levels of relevance and how sexual harassments are blind when it comes to contracts or levels of importance. You have the superstar in Megyn Kelly (Charlize Theron), who has become the story after the Republican presidential nominee made a crude comment about why she was asking such tough questions (I mean it’s just a Presidential debate, after all). Then you have the fading news anchor in Gretchen Carlson (Nicole Kidman), who sees the writing on the wall and takes preempted steps to make sure she lands on her feet. Finally, the newbie plucked from obscurity staffer, Kayla Pospisil, who needs to give Ailes (John Lithgow) a twirl, lift up her skirt, and apparently do what’s necessary if she wants to get behind the desk and in front of a camera

If you want a deeper look into the Trump/Fox Relationship, then you will need to wait for a sequel. In the meantime, take a look at the wonderfully sardonic script by Charles Randolph (The Big Short) and the righteous tone Roach sets with each frame that catches his camera’s eye. Roach and Randolph reinvented themselves in recent years with the former helm of the Austin Powers franchise concentrating on political satires with light comic touches (Game Change, Recount, and Trumbo) and Randolph leaving The Life of David Gayle, The Interpreter, and Love & Other Drugs at the bottom of the wastebasket. Bombshell isn’t their career peak, but its a highly effective sardonic turn at the biggest fish ever caught and dragged out for public display by the #MeToo movement. 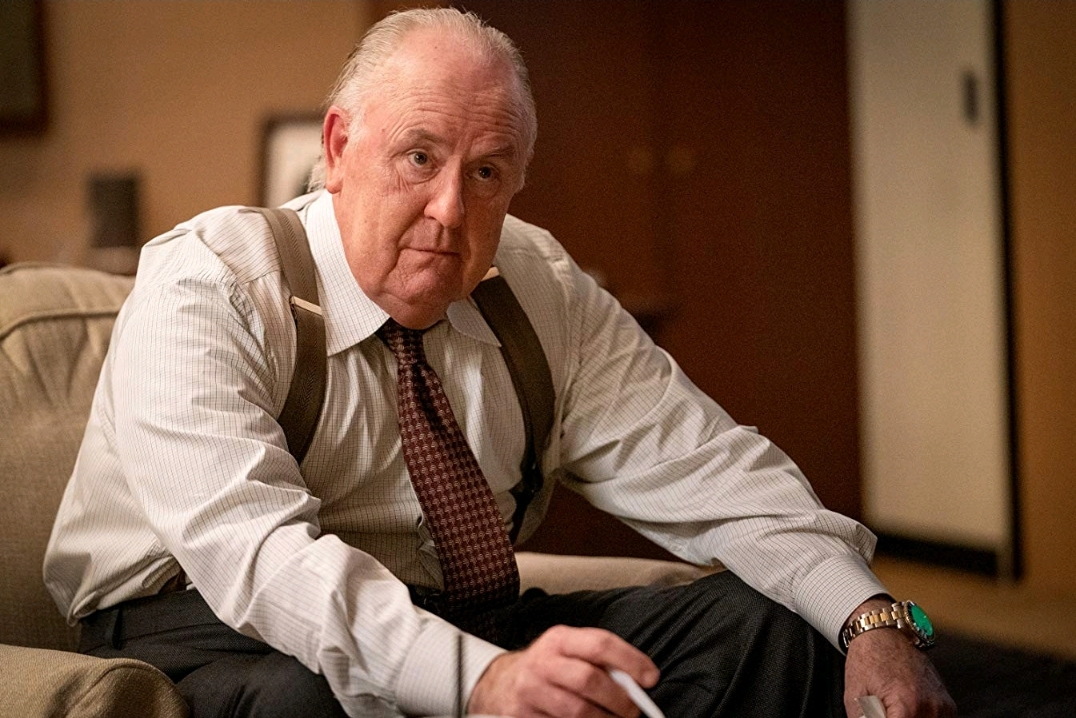 This is an actor’s showcase and the talents of the rocketing superstar of Robbie, and the always dependable Nicole Kidman are on full display. Make no mistake though, this is a bill that features a standout performance by Charlize Theron. The way she captures Kelly’s mannerisms is jaw-dropping, and the thought that you are watching the Monster star (though to me she will always be Mr. F from Arrested Development) fades away. She makes you feel for one of the most controversial, confounding newscasters this century, and you were to imagine maybe she can give the tin-woman, Kelly Ann Conway, a heart if she took on the role. Lithgow is also of note here. He is at his slimy, disgusting, slithery best, as an in the flesh Jabba the Hut. He, along with Theron, and the ingenious makeup artists and costume designers, are all Oscar-worthy here.

Bombshell has a deep bench in terms of casting, so much so you may not recognize all the faces you see on the screen. Kate McKinnon plays a Fox News producer, who happens to be a lesbian with Hilary Clinton posters thumbtacked all over her apartment walls. Mark Duplass has a nice role as Kelly’s husband who isn’t afraid to tell her when she is too scared to push back. I can’t tell you how much I enjoyed seeing Peter from Deadpool 2 play Theron’s producing partner, and the usually dependable Alison Janney plays Ailes’s long-time ally and lawyer ignoring her own public morals to get him out of this mess.

There are two noteworthy cameos, and they are portrayed entertainingly by Hotel Mumbai’s Nazanin Boniadi and Spotlight actor Brian d’Arcy James. It’s a scene almost set up as an intro of what the film is trying to get across when it comes to what the standard accomplished yet attractive women are up against when trying to move up the corporate ladder. The five-minute scene is so good here, funny, yet outraging, it could run as its own short film that inspired the original. It’s a noteworthy cameo from both actors and deserves attention as a scene that may seem out of place, but I dare you to find another one just like it because it hasn’t been done before.

Whatever you think of the victims of the former Fox News Roger Ailes’s wretched crimes, no-one should have to go through it what these women had to so they could keep their jobs in the workplace. Don’t let their politics change your view of Roach’s blazing hot take on the first strike against Fox News or turn a blind eye to one of Theron’s best performances. It’s a knockout.