The Red Mother #1 is a great first issue that will appeal to lovers of horror, especially the sort that is at home in familiar locations.

The Red Mother #1 is a great first issue that will appeal to lovers of horror, especially the sort that is at home in familiar locations.

New from Boom Studios is The Red Mother #1 from creative team Jeremy Haun and Danny Luckert. This is a mystery/horror story that evokes, for me, elements of Dario Argento movies, and I wonder if that was perhaps some inspiration for the writer when putting this series together.

The story starts with a young couple after a dinner date, enjoying a stroll home and making plans for the future, but their night takes a horrific turn when Luke seems drawn towards a darkened alley. His last words are “Oh yes Mother, I …” before he is dragged into the darkness. His partner Daisy is also attacked, her eye viciously being torn from the socket, and the panels saturate to a deep red.

When we return to Daisy, she has been recovering in a coma in hospital from the attack, and the police, apparently, are anxious to question her about the event.

The Red Mother #1 is a great first issue that will appeal to lovers of horror. 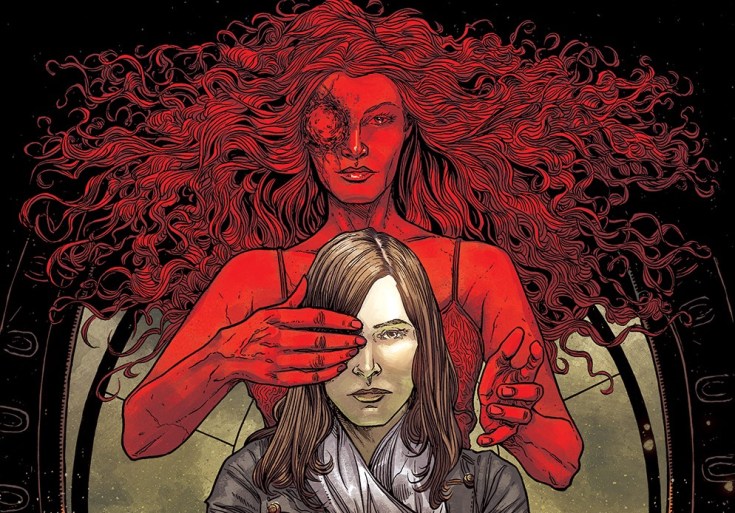 Writer Haun sets the series up well, leaving the reader with plenty of unanswered questions. The dialogue flows well, and thankfully Haun understands that a comic such as this one relies heavily on the artist being allowed some space to show us how these characters feel, without loading the panels with massive exposition bombs, a trait that many other comic writers today might want to take note of.

The art is clean and detailed and matches the style of the writing for this book. The first page showing what I assume to be The Red Mother gives us a creepy slow zoom into the image, showing us some foreshadowing of what is to come.

Fans of horror, especially the sort of horror that is at home in familiar locations, will find a lot to enjoy here. Think of films like The Babadook and It Follows, and you will get an idea of the atmosphere of this first issue.