“Graduation Day” is proudly cliched network television, both comforting and disappointing in its familiarity, but also surprisingly engaging.

“Graduation Day” is proudly cliched network television, both comforting and disappointing in its familiarity, but also surprisingly engaging.

There’s something pretty refreshing about Deputy (Fox), which is network TV of an entirely unpretentious variety. On the one hand, it’s littered with cliche, an uncomplicated fascination with and respect for law enforcement, and has little concern for the wider world beyond its bleached, contemporized Wild West aesthetic and style. But on the other hand, that’s what a lot of people want from network television, which is always at its worst when it chases the next big prestige hit rather than admitting what it’s most suited to — being a reliable delivery mechanism for dependable stars and familiar, comforting ideas.

There’s nothing wrong with the kind of experience that Deputy provides. Its straightforward tale of maverick lawman Bill Hollister (Stephen Dorff) reluctantly assuming the mantel of Los Angeles County Sheriff when his predecessor dies suddenly of a heart attack is the classic setup of a dyed-in-the-wool traditionalist getting things done the old-fashioned way, much to the chagrin of his colleagues, judges, lawyers, and the criminals he hunts down. Deputy Episode 1, “Graduation Day”, makes good on its promise of consistent procedural entertainment with healthy dollops of action interspersed with macho grumbling about red tape and responsibility. 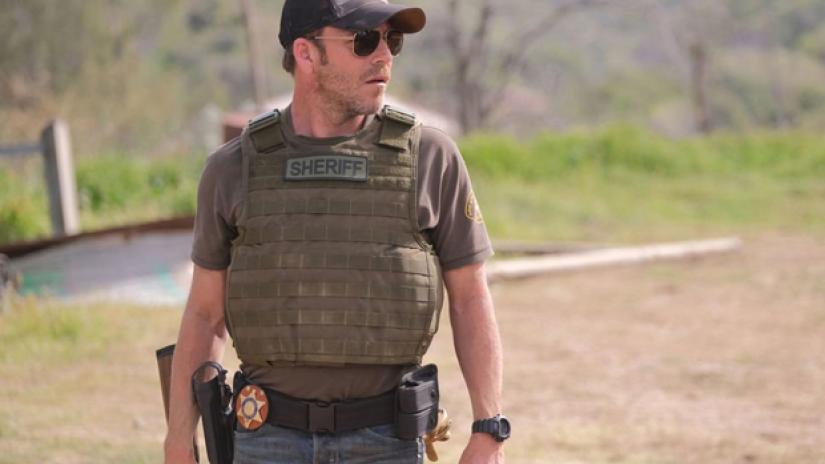 And there’s every chance the show can retain this energy. It doesn’t waste time with pontificating or lecturing its audience, and it has that patina of dulled Fox edginess which lets it skirt around the lines of what’s expected and acceptable, pushing them here and there, without descending into insufferable message-mongering or try-hard boundary-pushing. It’s just a solid cop show with a bit of an attitude, and there is absolutely an audience for it.

There will be, though, a portion of that audience who want a bit more from their entertainment, and Deputy Season 1, Episode 1 isn’t interested in providing it. Those who like it will know immediately and be immune to dissent; those who don’t will be as quick to form their opinion, and nothing here will change it. The show being essentially review-proof can only work in its favor, as can how content it is to simply be exactly what it says on the tin. It might not win any gold star awards for innovation, but it’s content to pin its accolades on someone sworn to uphold the long-held traditions of unfussy network genre fare. And you can’t be mad at that.