Take 80s music, with a special love for Duran Duran. Combine those tunes, both originals and covers, with a classic coming-of-age story. The finished product is director John Carney’s Sing Street, a film that aims to please. The teenage performances remain solid across the board, the script features whip-smart writing, and Carney captures an air of essence and nostalgia for an entire generation. If you like musicals, you’ll love it. If you don’t like musicals, pretty sure you’ll still love it.

The concept behind Sean Baker’s The Florida Project is a simple one: look into the lives of those living just outside of Walt Disney World. Baker gives us this slice-of-life glimpse by tracking the tot-sized residents and their parents living in a local motel, run by the go-to indie leading man of Willem Dafoe. The Florida Project feels important when you’re watching it, as you know these families are much more real than just actors on a screen. Poignant, precious, and heartbreaking, the film deals us the significant themes of family, abuse, and poverty, all in the gorgeous backdrop of the happiest place on Earth.

8. Me and Earl and the Dying Girl — d. by Alfonso Gomez-Rejon

In terms of quirky comedy-dramas about high schoolers dealing with traumatic life experiences, Me and Earl and the Dying Girl still finds a way to be new and different. The script by Jesse Andrews segments the story, allowing you to settle in with these characters, spending time with them in the little moments. The chemistry between Greg (Thomas Mann) and Earl (RJ Cyler) sets the film apart, with their spoof movies being remarkable and memorable. An entire film composed of these miniature films would be good enough, but the rest of Me and Earl and the Dying Girl provides careful measures filled with sweetness and heart.

Something happens when you’re watching Pixar’s Coco. You become enveloped by this young boy, his family, and their collective story. The film embraces you in a loving hug, one that leaves you with tears in your eyes and a huge grin on your face. The film features catchy yet sweet original music, Pixar’s always incredible animation, and a relatable narrative which pulls you into this world. A Latino story with a Latino cast, Coco gives an added voice and face to Mexican culture and family life, something that was and still is much needed in Hollywood.

The most anxiety-inducing film of the decade, Whiplash runs at breakneck speed, giving you unforgettable stretches and bone-rattling performances. J.K. Simmons pulls you apart, as you feel the criticism seeping into your mind, with Miles Teller giving a star-turning leading performances that almost matches Simmons’ intensity. You never once take your eyes off the screen. You never once think to run to the restroom. The film takes hold of you and doesn’t let go until the credits roll. In a strong year for film (2015), Whiplash will always have my vote for Best Picture.

5. We the Animals — d. by Jeremiah Zagar

A gorgeous film with striking cinematography, interesting animation, and a complicated tale of growing up without support, We the Animals might be the most underrated film of 2018. Adapted for the screen by author Justin Torres, this semi-autobiographical queer coming-of-age tale exists in the stillness of youth. The film never rushes through its scenes or its story, allowing the characters to simply be in this world. Fantastic acting from child and adult actors alike, We the Animals must be seen, for it’s far too important to be ignored. 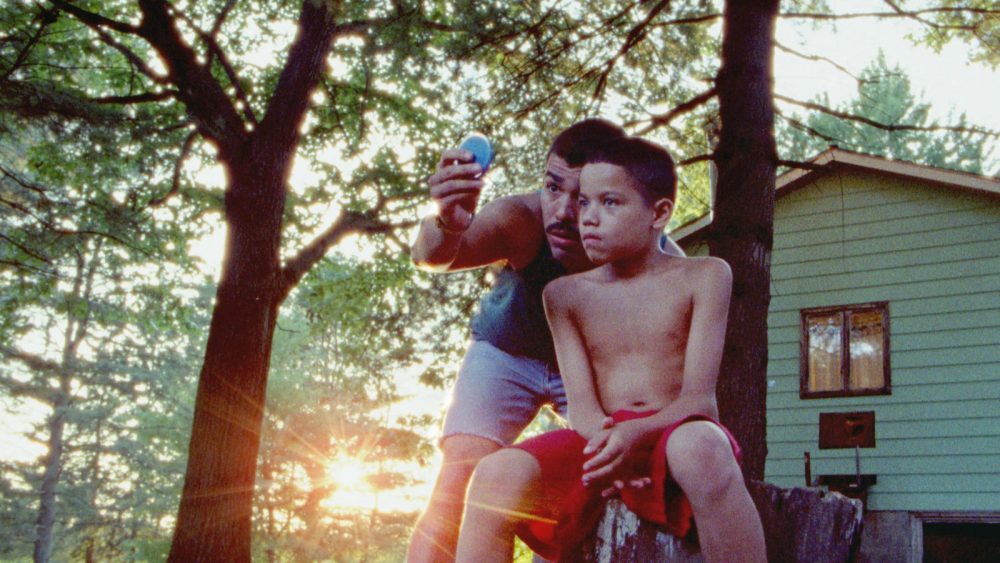 A film overshadowed by the foreign film success of Roma, Hirokazu Koreeda’s Shoplifters absolutely floored me. The film’s portrayal of a makeshift family, one formed out of necessity, heartbreaks its audience. The performance by Lily Franky as the father of this poverty-living family should be considered among the performances of the year. The backstory unfolds throughout the film, giving us bits and pieces instead of a traditional introduction to these people. Shoplifters is an example of careful filmmaking with a focus on trying to answer the question of family and what that word means in this big world.

Noah Baumbach. Greta Gerwig. Adam Driver. A stunning black-and-white New York with a quick trip to Paris. Frances Ha includes all of those items and much more, forming into an essential film for lovers of offbeat humor, struggling in your 20s and 30s, and pursuing your dream in the Big Apple. In my mind, Baumbach’s finest work until 2019’s Marriage Story, the film finds the writer-director in fantastic form, showcasing his skill for penning conversations that you’ve had in your life. A necessary film for New York residents.

Likely the most important film of the 2010s, Moonlight transcends the classic narrative structure, providing audiences with a story that has never been told with this vision, heart, and consideration. A Mahershala Ali performance for the ages, the actor became a cultural touchstone, and the scene of him in the water remains copied constantly. The film vaulted Barry Jenkins into one of the world’s best filmmakers, a director that makes movies that matter. Moonlight tells a touching, quintessentially American story, laced with LGBTQ significant. A gorgeous portrait of a life worth living, Moonlight deserves your attention.

1. Inside Llewyn Davis — d. by the Coen Brothers

Inside Llewyn Davis might very well be the Coen Brothers best film outside of No Country for Old Men, featuring one of the most soulful, melancholic, and impressive performances of the decade in Oscar Isaac’s portrayal of a folk singer attempting to realize his professional dreams. With solid role players in Justin Timberlake, Adam Driver, and Carey Mulligan, the cast takes the Coens’ smart script to new heights, culminating in a piece of art that gets better with rewatches. Inside Llewyn Davis is an example of directors and actors working at their highest abilities, creating a near-perfect piece of filmmaking.