This past decade has seen a tumultuous time for the world – though when hasn’t there been a period of craziness in the world? New, important conversations about our culture and new methods and techniques for visual storytelling have arisen. Films have the role of reflecting our cultural mores, but also of driving us to reflect upon the importance of the human experience and to better ourselves.

The films I’ve chosen here are intended to be a mix of my love for the movies and a reflection on those which seem important.

I’m an unabashed James Bond fan, and Sam Mendes took his character to new heights following the Casino Royale-Quantum of Solace reboot. Skyfall deepens everything, taking Bond from a revenge-filled lothario to a man on a personal journey of salvation and reconciliation. Daniel Craig continues to exhibit his great depths as the quintessential spy. Skyfall is meaningful and shocking and sets a new bar for what a Bond movie could be.

Inception was the first time that I realized the mind-bending potential of Christopher Nolan’s filmmaking. While he wowed us all with his Dark Knight trilogy, Inception did something completely different and surprising. Leonardo DiCaprio sells every conflicted moment of this dreamscape heist movie, and the supporting cast is perfectly apportioned. Nolan is at his finest here, telling an intimate family story amid the surreal visual feast.

Bong Joon-Ho’s Parasite is a clear, beautiful example of a trend in film that hopefully signals a raising of the bar in modern Western film consumption. This South Korean film is making waves among audiences who don’t normally watch foreign-language films. It’s smarter than many “mainstream” films not only in 2019 but in the past decade. It brings to a head many of the ideas about class disparities that have arisen over the past decade, articulating them without brutishly beating its audience over the head. This universality of topic, its humanization, and its whip-sharp wit make it eminently relatable to audiences of all backgrounds, regardless of language.

Spike Lee’s BlacKkKlansman is an important, timely, unflinching, uncomfortable, hilarious piece of cinema that pulls no punches and shines a spotlight on the insane, destructive power of racism. This is required viewing for America today.

Christopher Nolan directs Interstellar with love. It’s a heartfelt hard science fiction film and the drama of a father trying to save his family and the human race. Matthew McConaughey showed us what he could do in his lead performance, revealing to us all that he was no mere pretty face, but a force to behold. It’s nuanced yet powerful, while also breathtakingly beautiful and haunting in its execution.

A Star Is Born is breathtaking, engaging, intensely emotional and heartbreaking. In addition to writing and directing and singing, Bradley Cooper gives another in a career of career-making performances, and Lady Gaga feels so genuine and real. Their chemistry is raw and powerful, and the music is meaningful and moving. It’s a film that seems odd on this list, but it’s just a feat on every level from which future filmmakers should take their cues.

With Zero Dark Thirty, Kathryn Bigelow re-established herself as a filmmaker to be reckoned with as she tells the story of the decade-long manhunt for Osama bin Laden. It’s at once a spy thriller of the highest order, the dramatization of multiple defining moments of our time, and the story of a woman’s driving passion for closure and justice. Moreover, Jessica Chastain cemented herself as a brilliant actress who can anchor any film.

Arrival showed us what Denis Villeneuve could really do with science fiction. Amy Adams’ journey is meaningful and profound, and she holds our hand through the entire thing. We feel it all right along with her. It’s a pensive and thought-provoking take on the alien invasion film, asking us how we would act if we knew what the future held and showing us what science fiction films could be.

Crazy Stupid Love is just delightful. It’s pure fun and a comedy of errors that speaks to our need to find love all around us, even when we think our capacity has diminished. Co-directors Glenn Ficarra and John Requa glean the best out of everyone involved. The star-studded cast has unmatched chemistry, and it lay the groundwork for heart at the center of later films like La La Land.

Ridley Scott’s The Martian is a testimony to the human spirit and an achievement in suspense and pathos. Matt Damon plays marooned astronaut Mark Watney as the epitome of humanity’s perseverance and drive to explore. It’s a compelling, funny, inspirational film that pushed the boundaries of hard science fiction on film. 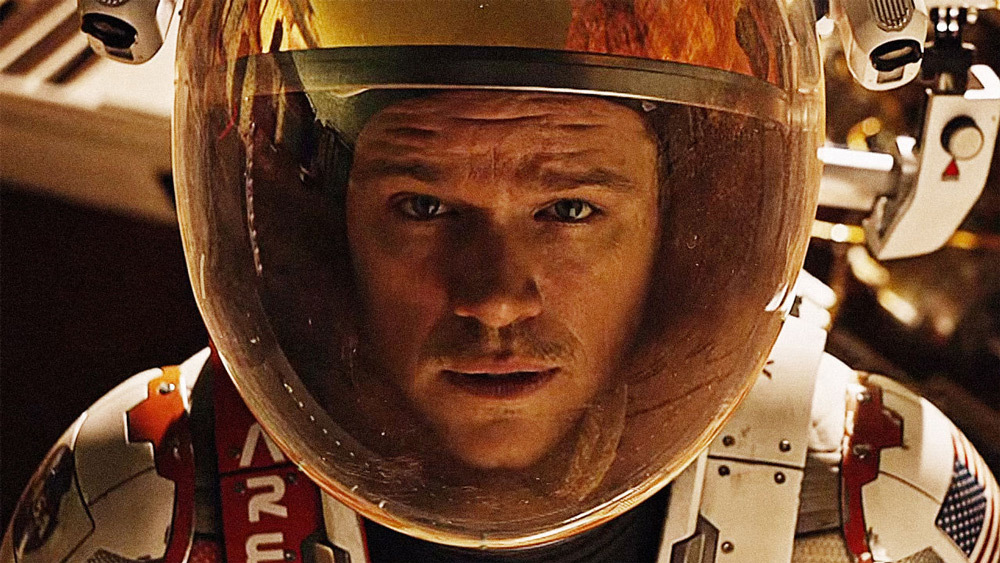 The Florida Project blew me away. Sean Baker’s film is a heartbreaking and poignant slice of life story that’s all too real, all too affecting. Willem Dafoe achieves a career-high, while newcomer Brooklynn Prince brings a breath of earnest, fresh air to cinema.

9. Once Upon a Time in Hollywood

Once Upon a Time in Hollywood embodies Tarantino’s growth as a director through his grasp of setting and characterization and love for Hollywood. This film lovingly depicts a bygone time in Hollywood while illustrating the postmodern shift into the 1970s. Everything gets darker, everything gets grittier–forecasting the types of films that Tarantino himself makes–but the love of film has brought him back to a more thoughtful, reflective mood.

Director Bo Burnham and Elsie Fisher thrust us into the head and world of an Eighth Grade girl, with all the innumerable insecurities and anxieties that go with that part of life. However, it keeps us firmly grounded in her reality, not hyperbolizing or condescending to “that generation” or “those kids and their phones and social media.” Her phone is front and center, but that’s true to life, and she’s not condemned for it. It’s another element and obstacle that she needs to overcome. Elsie Fisher is stunning and real. The camera fixes closely on her throughout, nearly everything is a closeup, not only of her but of her perspective. Rarely does anyone else share the screen with her. And the camera loves her, cringes with her, and cries with her. This is a poignant, nearly perfect film with one of the most cathartic moments I’ve ever had while watching a movie.

Tom Hooper’s The King’s Speech inspires us through a peek behind the curtain at a flawed member of the British royal family who needed to find his voice so that he could lead a nation. It tells us that a call to lead can be heeded and worked to achieve. It’s a career peak for Colin Firth and Geoffrey Rush, and it kicked off an anglophilic desire for similar peeks behind the curtain of British nobility in series like The Crown and Downton Abbey.

Jordan Peele’s directorial social horror debut has begun to redefine horror movies in a way that we haven’t yet fully grasped. He makes both bold and subtle statements about class and race that we haven’t seen before in that form–it’s an important film because I predict that many more like it will arrive from an even more diverse group of filmmakers.

With Baby Driver, Edgar Wright blew me away when I first saw it. Edgar Wright’s directorial talent and voice hit every high note and sticks the landing. It’s a heist film that’s so perfectly choreographed that it’s nearly a musical. Its attention to detail on all fronts boasts his talent. However, this doesn’t just act as an essay on technical cinema–it’s a thrill ride that brings us along, smiling all the way.

Lady Bird is a tumultuous coming of age story about a girl trying desperately to get away, to figure out who she is and what she wants to become, that she almost loses sight of everything in the process. Saoirse Ronan is earnest and touching and should have received an Oscar for another moving role. Ronan is easily one of the best working actors today, and with Greta Gerwig directing her, we have a powerhouse of a film that tells a familiar story with a unique voice. Lady Bird, apart from being an excellent, important film in its own right, forecasts many collaborations of the same kind.

3. Scott Pilgrim vs. the World

Edgar Wright’s epic adaptation of Bryan Lee O’Malley’s graphic novel series depicts the fraught beginnings of a relationship as a video game, offering commentary on how relationships can be both a battle and intoxicatingly fun. It’s poignant and hilarious, with uniquely memorable visuals that punctuate it, underscoring its deeper messages.

Damien Chazelle’s postmodern musical is a charming, non-saccharine love letter to LA and to musicals. Emma Stone and Ryan Gosling have an undeniable chemistry that extends to the audience, drawing us in, but that’s also the point of the film–chemistry isn’t the only thing that can make a relationship last.

Aaron Sorkin lends gravity and his distinct voice to one of the most important moments of the last decade: the creation of Facebook and social media as we know it. Jesse Eisenberg brilliantly leads the cast with his biting wit and derisive sneer, casting a pall on the thing that defined a generation. Across the board, this is a meaningful, impactful film that still resonates at the end of this decade–maybe more so than when it first arrived.

What would be on your best films of the decade list?