Bloodshot review – about as common an action-adventure film as O+

Diesel’s woes in picking projects outside the Fast series are almost legendary. His attempt at a Valiant comics universe can be marginally clever, but the result is a one-note setup that ‘s all too familiar. Bloodshot is as common an action-adventure film as O+.

Diesel’s woes in picking projects outside the Fast series are almost legendary. His attempt at a Valiant comics universe can be marginally clever, but the result is a one-note setup that ‘s all too familiar. Bloodshot is as common an action-adventure film as O+.


I can’t think of many superstars who built a career with lasting legs based on a single (and everlasting) film series — other than Vin Diesel. His difficulty with picking projects outside the Fast & Furious series is almost legendary. Sure, you have a good part in Boiler Room, but the most successful attempt is saying the same one-syllable word as variously sized plants.  Babylon A.D., Knockaround Guys, The Last Witch Hunter? Then there are the multiple failed attempts at tepid franchise hits. No one has squeezed more out of jumping the shark in a Dodge Charger R/T. His latest attempt at a franchise with Bloodshot, the first step in a Valiant comics universe, can be marginally entertaining, but the result is a one overly long setup that’s all too familiar.

Diesel stars as Marine Ray Garrison, aka, Bloodshot, based on the 1993 comic book series that has sold over 7-millions copies worldwide. He is a brave soldier, he has always been a killing machine, but now he and his wife are kidnapped and murdered. This not being a short-film, he wakes up shortly after in a lab financed by a shady corporation and lead by Dr. Emil Harting (Domino’s Guy Pearce), along with his head of security, KT (Welcome to Marwen’s Eiza Gonzalez). The military donates the dead bodies of fallen soldiers, you see, to a company like RST, and Bloodshot has been re-animated now with nanotechnology coursing through his large, ropey veins. He can take a bullet, heck, even a grenade, and regenerate instantly. Armed with his new abilities, he goes on a mission to hunt Martin Axe (The Angel’s Tobey Kebbell), the man who killed his wife. These special powers come with a price, as Harting and friends have control over his body and his memories. 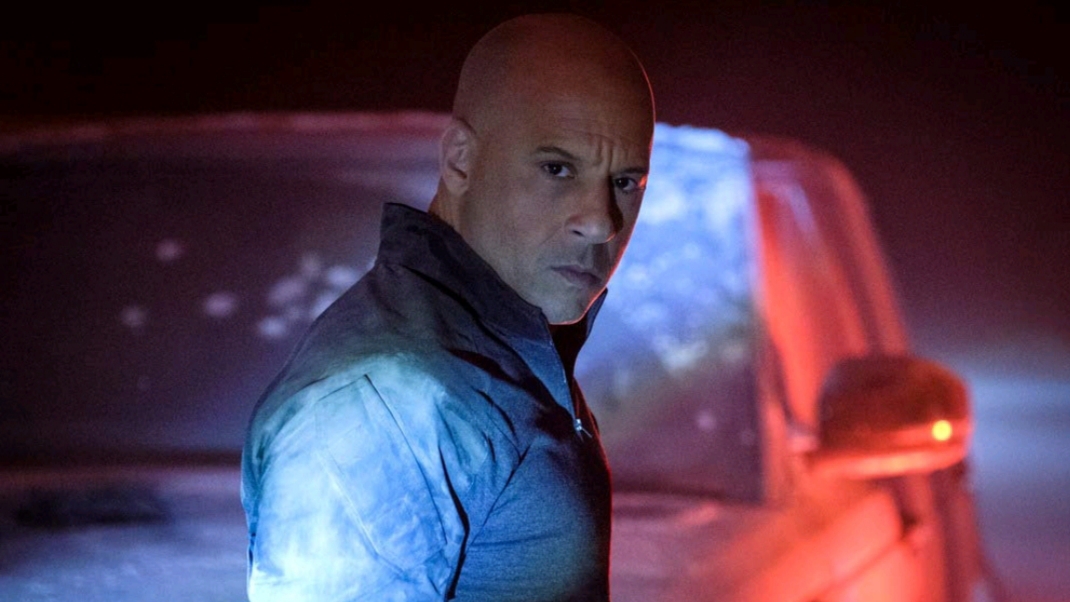 Bloodshot was helmed by first-time feature film director and award-winning visual effects artist, David Wilson. He has a host of trailer credits as a director to his name, but he is best known for directing the pilot of Netflix’s Love, Death, & Robots. He has a definite visual style and has potent special effects, in particular when it comes to the regeneration of Diesel. I’m sure the film could have benefited from a more experienced and steady hand, but I’m not sure any could have elevated a script from Jeff Wadlow (Fantasy Island) and Eric Heisserer (Arrival, Bird Box). For the interesting, and marginally clever reveal it has within the first 40 minutes or so it remains one-note the rest of the way, relying too heavily on special effects and really the same character Diesel has played for most of his career. It’s filled with cheesy one-liners, from the protagonist’s love of anemic juxtaposition comments as he leaves a room (“I’m going back to sleep, or maybe I’ll just wake up.”) to, alternatively, a villain quipping, “I told you to hold on,” that induces a worthy eye-roll or two.

Bloodshot could be destined as a failure to launch for Columbia pictures; similar to the way the 2017 Tom Cruise feature, The Mummy, went nuclear on the potential Universal Studios Dark Universe series. While technically sound, the filmmakers here have played it too safe. That includes Diesel’s performance, doubling down on your stereotypical wise-cracking IT-characters, and a villain you can spot practically immediately from the opening cast credits (note to future film aficionados — if a sole medical professional is more salesman than a physician, they are your bad guy). This is all too common within the genre and if Bloodshot were an action-adventure blood-type, it would most certainly be O+.