The Hunt is a clever, gory good time. In a perverse way, it’s about unity and coming together.

The Hunt is a clever, gory good time. In a perverse way, it’s about unity and coming together.


There has been much negative controversy on social media over the new horror-thriller The Hunt, from director Craig Zobel. However, ironically, the fact of the matter is that ticket sales will be bigger than they would have been from all the publicity garnered by its delay over the Dayton and El Paso mass shootings last summer and (really) a day after the criticism of the film from the current administration. For all the assumptions being made about the film, it’s very reflective of the self-created drama that is happening all over America in this digital mic-drop age that we currently live in. There is one half that walks on eggshells, while the other is looking forward to going nuclear in a single tweet, even over the most mundane subjects; albeit, this is a satirical, extreme version of it all.

The Hunt is loosely based on the 1924 short story “The Most Dangerous Game” By Richard Connell and follows 12 strangers who wake up in the woods, mouths gagged. They find a crate full of weapons, and a pig that’s the cutest one since Babe, named Snowball (referencing the character in Animal Farm). They soon start being picked off one by one by a group of “elites” who gather in a remote facility called the Manor House (or that’s what the Internet rumor states). No worries though, the red team has Crystal (GLOW’s Betty Gilpin, who more than proves she can carry a film here), a tough ex-marine from Mississippi, who starts to play the game by her rules. She starts to her enemies herself and begins to pick off the blue team one by one, led by the mysterious Athena (from research and the trailer, you know who the actress is, but if you go in cold as I did, it was a nice surprise, so I won’t reveal it here). 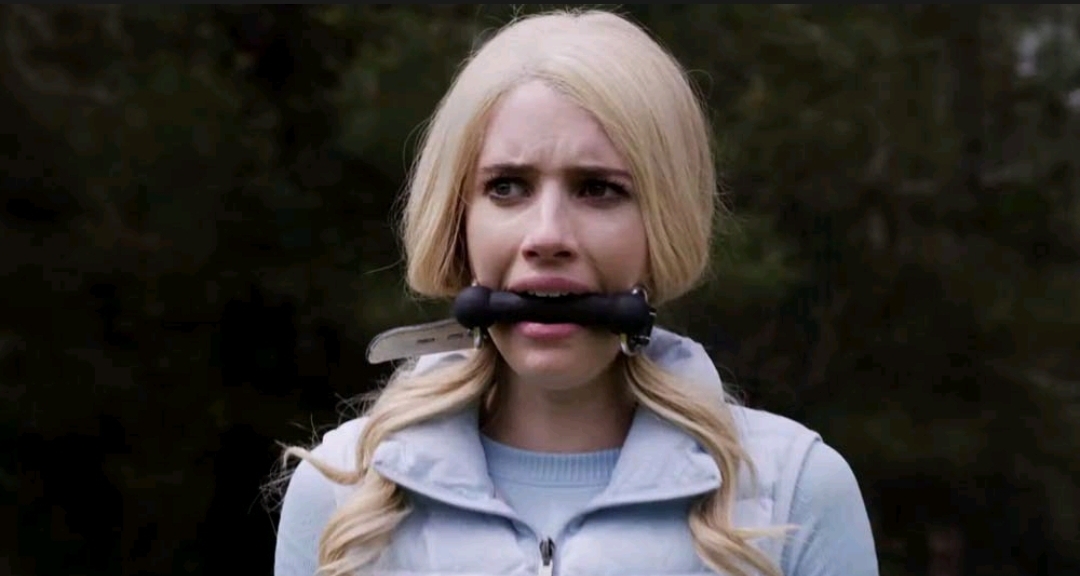 The Hunt, reportedly, was originally named Red State Vs. Blue State, and chatter all over social media this week has been how wrong it is for Hollywood to make a film about how President Trump supports the “deplorables” being hunted. In turn, the Democrats aren’t fond of having a movie created showing them hunting Americans who don’t agree with their opinions. The fact of the matter is, this is all happening before the movie’s release, and no one knows what they are talking about. This is a satire, not a great one because it doesn’t take itself too seriously, which isn’t a bad thing. It’s an engaging horror-thriller that attempts to spread the criticism about both sides equally but is not wholly successful. Most of the references towards the big blue team have been making light of them being so politically incorrect, which amounts to someone during a job interview stating their greatest weakness is the equivalent that they work too hard at their job.

The script by Nick Cuse (Maniac, The Leftovers) and Damon Lindelöf (Lost, Watchmen) is darkly funny, even if some of the shots taken are low brow. Now, this is a work of entertainment, not art, and isn’t meant to be taken too seriously. The first 30 minutes are quite a fervent setup, smartly blowing up clichés of the horror-thriller genre. It sets the tone quickly and really doesn’t give up until its final moments. While the complaint from some that the film has no real stance on anything isn’t looking closely enough. It reflects today’s assumptions of the extremes on both sides through social media while refusing to sit down and get to know your rival’s point of view. By the end of the movie, many won’t be happy with its take that is being called too on the fence because it places values on both sides of the aisle, but it’s still a clever, gory good time.

In a perverse way, The Hunt is about unity and coming together.