The Eddy episode 5 recap – what happened in “Maja”?

How does The Eddy episode 5, “Maja” begin?

Episode 5 begins with Maja doing a sound test in a studio. A man asks to go on tour with her in Europe. Presumably, this man is famous so this is a big moment for her. Episode 5 puts Maja’s current life on the line — she’s a character that wants to be loved and appreciated. Most of The Eddy is about that human need.

A chance to get a record deal again.

Franck Levy is at the club again with Elliot trying to secure a record deal. One of the Zivko’s (the counterfeiter) men now works behind the bar to keep an eye on everything. Franck offers Elliot a label deal but they will have to pay for half of the recording — it’s a half victory and you can see it in Elliot’s face that they’ve nearly made it.

Elliot shares with Maja the good news but she’s not enthusiastic. Maja keeps saying she’s not angry with him, she’s angry with herself.

Episode 5 opens up the wounds fully between Elliot and Maja who have been on the rocks evidently, but The Eddy has kept the audience at arm’s length.

Julie asks Maja if she’s in love with her father. Julie claims to not be.

This scene is set up in a way that Julie is the audience and you know very well that Maja is not telling the truth.

What does Elliot find out about Katarina?

Elliot finds out that Katarina knows Zivko. She lets him know that Farid wanted dealers in the club and that he was drowning and that Elliot should have been there. Elliot is fuming, telling her she’s fired but a teary Katarina says she resigns.

He needs to find a new drummer that’s as good as her, which may be impossible.

What happens on the second band night?

Daniel Perrin, another producer, is attending the night. When Maja returns home she has flowers delivered by Daniel. Julie asks Maja if she’s “f**king around on my dad now”. Maja tells Julie that Danel wants to work with her.

And then Julie says something that’s telling. She says when Maja sings, she sings to Elliot. This is a big line delivered by Julie.

Maja’s mother comes around unannounced and asks if she can stay on the couch. The Eddy continues to be thematic with everyone having family issues — it’s dysfunctionality that drives the story. 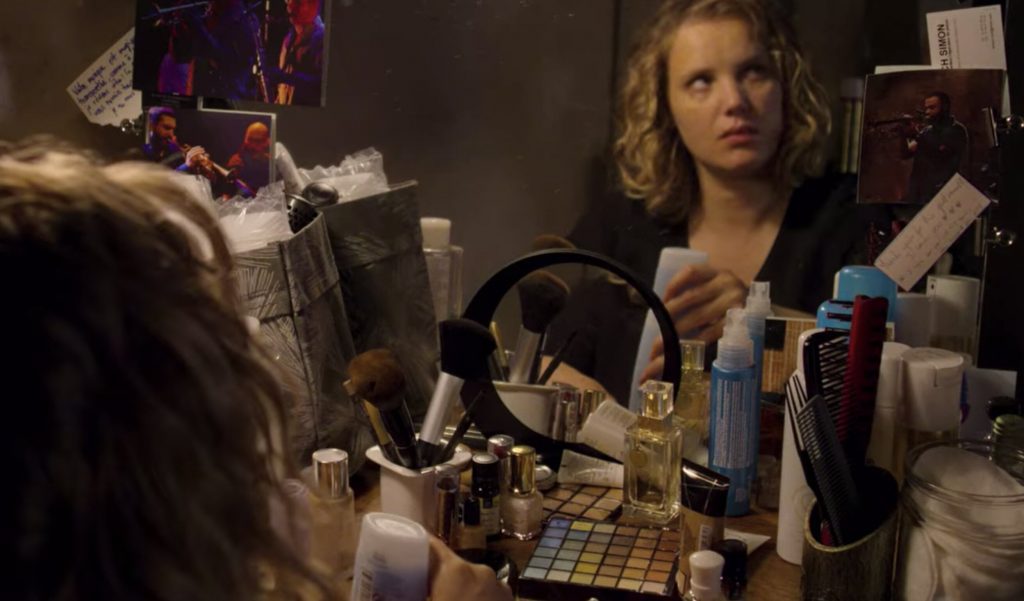 And then the argument finally happens.

During band practice, Maja talks to Elliot. She asks where Katarina is and he admits to firing her for lying.

Elliot tries to change the conversation about Julie’s school attendance. They argue and Maja reveals she’s leaving the band. Elliot desperately chases after her and he accuses her of punishing him.

Elliot tries kissing Maja and she asks “what am I to you?” and accuses him of not loving her.

This argument was always going to happen but this is well-acted.

Afterward, Maja tells Julie that she has a new job and she’s leaving the band and Paris.

This is Julie’s time to be an adult.

Julie visits Elliot and tells him that she’s moving to Amira’s because Maja is leaving Paris for Daniel Perrin.

Julie says she knows he cares and gives him the airport information so he can catch her. His daughter is again leading from the audience perspective — we know both of these characters mean a lot to each other.

What happens at the airport?

Elliot heads to the airport and gives it his all.

He tells her that he knows how much her talent is worth but every time he touches her he thinks about his son and he struggles to “feel” anymore. He admits that when he couldn’t play, he could write for her. But finally, he admits to being selfish and that she’s his hope, his future, and that she’s extraordinary.

This scene feels like an eternity — you can smell the desperation of Elliot. This is the first time we’ve seen him open up sincerely and Maja feels it.

How does The Eddy episode 5, “Maja” end?

When Elliot returns, Maja is sat in his house. She quotes him — “Extraordinary”. Elliot promises it will be better.