“Childrick of Mort” gets the whole family together for a more refreshingly straightforward episode in which a camping trip turns predictably sci-fi.

“Childrick of Mort” gets the whole family together for a more refreshingly straightforward episode in which a camping trip turns predictably sci-fi.


This recap of Rick and Morty season 4, episode 9, “Childrick of Mort”, contains spoilers. You can check out our thoughts on the previous episode by clicking these words.

It only occurred to me during “Childrick of Mort” how little we’ve seen of Beth (Sarah Chalke) and Jerry (Chris Parnell) in this fourth season of Rick and Morty, and now we only have the finale to go, it seems like too little too late. Still, getting the family together works on its own terms here in a more refreshingly straightforward outing that sees Jerry become the God of a race of Rick’s offspring that he conceived in a one-night-stand with a sentient planet.

With Jerry off doing his own thing, Rick and Morty season 4, episode 9 pairs up Rick (Justin Roiland) and Beth, while Morty (also Roiland) and Summer (Spencer Grammer) spend some time of their own together. All the dynamics feel fresh even if they’re reiterating familiar ideas: Jerry is desperate for a sense of patriarchal authority which leads him into mishaps he’s ill-equipped to handle; Beth is starved of Rick’s approval and Rick has to reckon with how many of his worst qualities she inherited; and Morty is mostly sick of Rick’s elaborate sci-fi lifestyle and craves normalcy, which he’s able to find to a certain extent in a thin b-plot that probably works better on the strength of its inconsequentiality. 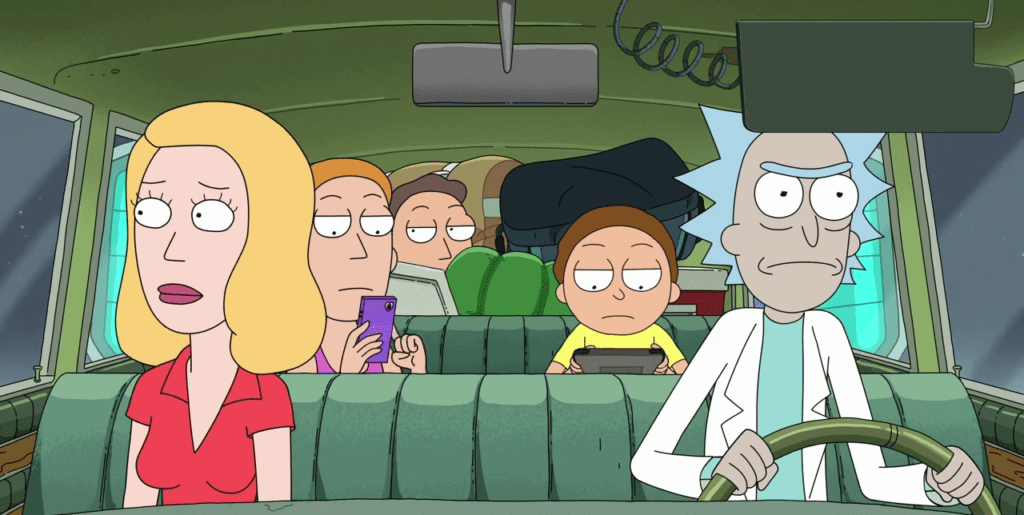 The problem with “Childrick of Mort”, really, is that it isn’t particularly funny – at least not by the standards the show has set for itself over the years. But I must confess that I was partial to an episode that was more laidback and less obsessed with itself and the show’s internal storytelling structure, even if it hardly made me guffaw in the process. And I also respected that a camping trip was able to build to a rather dour note rather than become all happy-clappy in the eleventh hour, which would have sapped some of Rick and Morty’s nihilistic spirit.

If parenting is a theme here, the conclusion the episode reaches, inadvertently or otherwise, is that nobody in Rick and Morty is any good at it. That feels about right to me. It’s not an upbeat message but it is a fitting one, and reminding us that there’s a family of characters here beyond the titular ones is welcome as we head into next week’s finale.