How does Space Force season 1, episode 3, “MARK AND MALLORY GO TO WASHINGTON” begin?

Episode 3 puts the budget on the line for Space Force. It begins with Mallory wanting to know why his science budget is not appropriate but he cannot get into his Mark’s office without ID as a soldier is guarding it. When Mallory returns, Mark is in a meeting with social media consultant Tony. Mallory finally confronts him but Mark dismisses him saying he won’t be able to persuade congress for a budget by putting money aside to give rats stomachache. Mark then finds out that his daughter Erin has been suspended so he asks his helicopter pilot Angela Ali to look after her.

Mark and Mallory arrive at the Pentagon. He tells the other Generals that his head scientist is a pain in the arse. Kick asks Mark why he’s so calm when the budget is so high with his new expensive but failed project. Mark tells Kick that Space Force is going nowhere.

Erin hangs out with Angela in the gym; some of the men make fun of Erin so Angela tells them to do some running routines to punish them. She then takes Erin for some food on campus. Yuri greets Erin to reveal that they are seeing each other — Angela sarcastically approves and says Yuri only wants her so he can be close to classified information. Angela suggests that Erin gets a job. 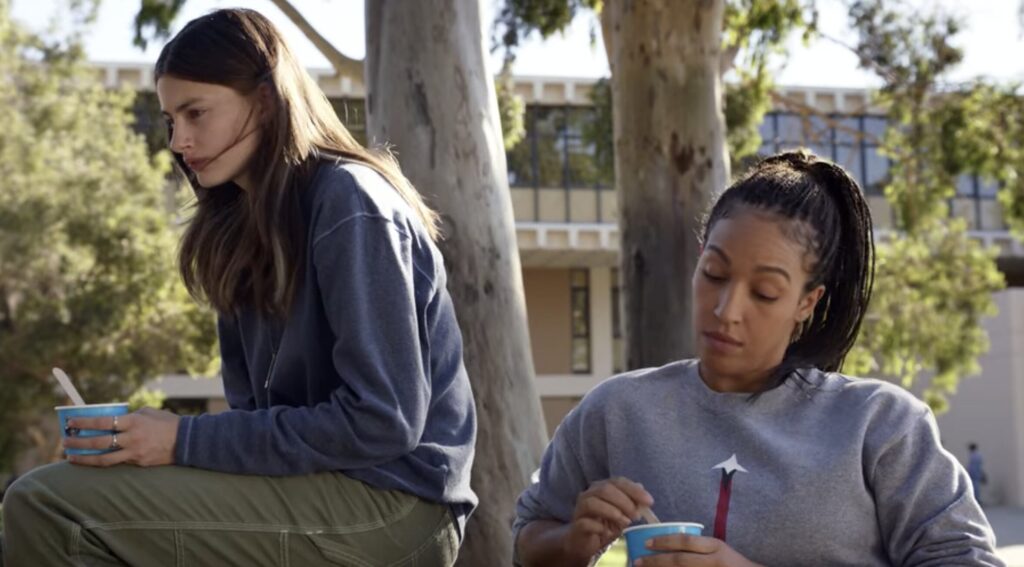 Mark, Tony and Mallory arrive at Capitol Hill and attend the budget hearing — Mark states Space Force will protect the country. One of the congresswomen (who looks like Speaker Pelosi) asks why it exists — Mark describes why his parents had sex. She meant why does Space Force exist. Mark makes his case about making space safe and making Earth a cleaner place — he then tries to refer to Mallory but he doesn’t say anything. The next congresswoman (Anabel) to speak is definitely a parody of Alexandria Ocasio-Cortez — Mark says space is hard and everyone laughs. Mark tries to get Mallory to speak again but he doesn’t.

How does Space Force season 1, episode 3, “MARK AND MALLORY GO TO WASHINGTON” end?

The congresswoman Anabel then scrutinizes the Space Force’s expensive food order and uses a $10k orange as an example. Mark talks about the safety of the people and how human beings battle fear and endurance in Space — he wants that person to have a taste of the earth. “We are putting lives at risk in pursuit of science”. Anabel does not buy his speech so Mallory gives his scientific spin to back him up. They are allowed to leave the budget hearing and Kick has to answer difficult budget questions on his own.