“Star Mort: Rickturn of the Jerri” embraces serialization for a strong finale that’s one of the best episodes of the season.

“Star Mort: Rickturn of the Jerri” embraces serialization for a strong finale that’s one of the best episodes of the season.


This recap of Rick and Morty season 4, episode 10, “Star Mort: Rickturn of the Jerri”, contains spoilers. You can check out our thoughts on the previous episode by clicking these words.

The fourth season of Rick and Morty might charitably be described as inconsistent, in large part due to its proud abandonment of serialization in favor of one-off sci-fi adventures – many of which were smugly self-referential in how they analyzed the show’s own story structure and internal logic. “Star Mort: Rickturn of the Jerri”, the season finale, does things differently, picking up a bunch of plot threads, wrapping up some character arcs, happily teeing up the next season – however long we’ll have to wait for it – and finding what’s funny about all these things.

Rife with callbacks and cameos, Rick and Morty season 4, episode 10 immediately concerns itself with Clone Beth, who is out for Rick but also trying to stop the New Galactic Federation from taking over the universe. But what really matters here is how having two Beths rather than one matters to Rick, especially after last week’s episode was such a bonding experience. 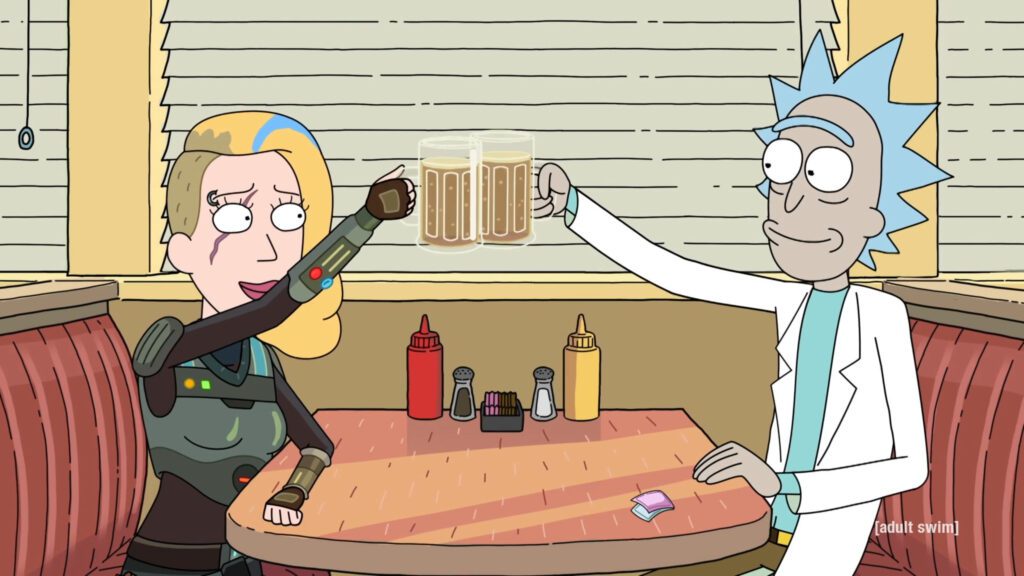 Morty and Summer get second-string duties in “Star Mort: Rickturn of the Jerri”, one of the pairings – Rick and Jerry, Beth and Clone Beth are the others – that help to segment the episode. Bird Person shows up and is now Phoenix Person, reborn from the ashes of old episodes. Tammy is around, and Dr. Wong gets a cameo. It’s like Rick and Morty playing its greatest hits.

The gut-punch ending of Rick and Morty season 4, episode 10, in which Rick loses track of which Beth is a clone, really works too. The question of whether it might have worked better if we hadn’t had so many inconsequential standalone episodes in the intervening period can be saved for another day. “Star Mort: Rickturn of the Jerri”, with its fun cameos and pairings, consistent gags, and long-awaited Jerry-saves-the-day moment, stands out as one of the very best episodes of this up-and-down fourth season, which certainly seems fitting for a finale.