Home » Streaming Service » Netflix » Who died in 13 Reasons Why season 4?

This article, who died in 13 Reasons Why season 4, contains spoilers.

Check out our archive of reviews and recaps

Justin died in season 4. After a long story of the character battling addiction and his complicated love with Jessica, the writers thought it was time for this character to die. It was an unfortunate ending as 13 Reasons Why had the opportunity to give a positive story of hope for a character that struggled with heroin addiction.

How did Justin die?

After finally giving his entire love to Jessica at the Senior Prom, in dramatic circumstances, Justin collapsed. The ending of season 4 shows Justin in the hospital hanging on for dear life as the doctors break the news — Justin has HIV-1 which has turned into advanced AIDs. The character also had fungal meningitis to add further complications.

Did the characters get to say goodbye?

13 Reasons Why season 4 spends a good portion of the last episode watching Justin get worse until his last dying breath. It was an emotional episode that provided perspective and the meaning of love for all of Justin’s friends. Of course, Justin dying means he left Jessica on her own in the world. 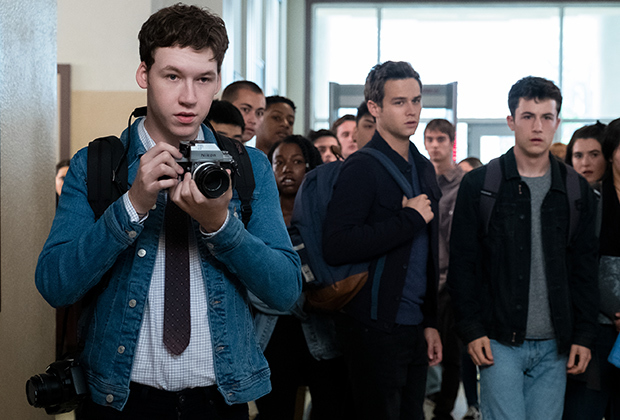 Did Jessica have HIV?

No, 13 Reasons Why season 4 cleared this up in the same episode as Jessica and Diego (Jessica’s most recent sexual partner) went for testing. Jessica markedly explains that Justin used condoms all the time.

How did Justin get HIV?

The finale explains that Justin likely contracted the disease when he was homeless when he was briefly a sex worker. Even before Justin relapsed on drugs in season 4, the character always seemed distant.

How does Clay react?

At first, Clay was not able to handle his feelings on the matter but when he made peace with Justin’s death, he suddenly realized that Justin was a brother to him. Clay and his parents were at his bedside when Justin died — Justin died with a firm family next to him which was sentimental of his broken-home-past.

Justin’s death was a sad one and it brought the series to a dramatic conclusion. It added to the many themes that the Netflix series takes on.