Never has a subject been captured with such empathy and rarely has a single scene been so moving. Hittman proves that her film is sometimes capable of reaching an extraordinary level of authenticity and the medium can always be considered a source of great art.

Never has a subject been captured with such empathy and rarely has a single scene been so moving. Hittman proves that her film is sometimes capable of reaching an extraordinary level of authenticity and the medium can always be considered a source of great art.


Director Eliza Hittman’s latest film, Never Rarely Sometimes Always, is pure independent cinema. Many watched her film when quarantined with nowhere to go for the last couple of months and were exposed to a no-frills approach that may offend mainstream movie fans’ sensibilities. If you give yourself over to it, you’ll find a subject matter that has never been captured with such empathy, and rarely has a single scene been so moving as to brand an indelible mark.

The film focuses on Autumn (newcomer and singer Sidney Flanigan), who finds early on she has an unplanned pregnancy and is still in high school. She also works part-time after school at a local grocery store with her cousin, Skylar (Talia Ryder of the upcoming West-Side Story), constantly and creepily hit on by men of any age. When Autumn finds out about Autumn’s dilemma, she steals some quick cash to travel from their small, pro-life, Pennsylvania town to New York City, so they can find an establishment to get an abortion without their families knowing. 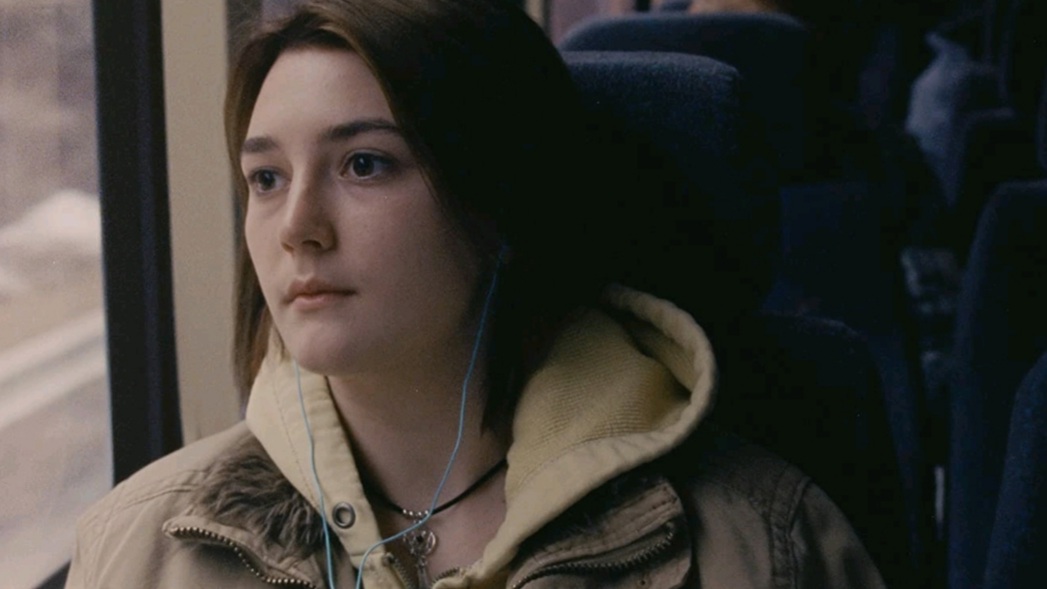 This is Hittman’s first film since her well-received Beach Rats, and like that script, some will point to her script’s almost aimless existence in her character’s story arcs, but then you would miss the point entirely. Never Rarely Sometimes Always is anything but of the moment. This time capsule reflects a current national mood and has a pulse of today’s youth because some atrocities are universal and span multiple generations. You’ll learn what you need to about her own personal, home, and school life by paying close attention to keywords, phrases, and body language.

The film ultimately hits its climax by the end of its second act and is the equivalent of a release of a deep breath. Without giving too much away, Autumn meets with Social Worker #2 (Kathy Chapman). Flanigan listens to Chapman’s rhythmic, calm, steady, and therapeutic delivery while proving that acting is listening. Next is a scene of delicate therapy and beautifully done with almost intricate yet straightforward detail. The location is authentic when it comes to the toll and strain when a young woman’s mental health is abused and brings to mind the famous words of Aaron Sorkin, “the things we do to women.” It made my jaw drop, my heart sink, and my throat close up because of that near-perfect cinematic moment.

Never Rarely Sometimes Always is a product of its time and exposes men to a world where young women are treated as sport and are consistently targeted as potential victims if they don’t have the necessary equipment. Hittman proves that her film can sometimes reach an extraordinary level of authenticity, and the medium can always be considered a source of great art.