“The Motherlode” delves into the legacy of the Golden State Killer’s heinous crimes, and the irrevocable changes that trauma can leave behind.

“The Motherlode” delves into the legacy of the Golden State Killer’s heinous crimes, and the irrevocable changes that trauma can leave behind.


This recap of I’ll Be Gone in the Dark episode 4, “The Motherlode”, contains spoilers. You can check out our thoughts on the previous episode by clicking these words.

The defining theme of I’ll Be Gone in the Dark episode 4, “The Motherlode”, is something that HBO’s docuseries has briefly touched on before – the idea of living with the heinous crimes of the Golden State Killer, in many different ways. The previous episode touched on the psychological toll that Michelle McNamara had to endure in order to continue her investigation – and more importantly to continue making details of it public. That episode also introduced David Witthuhn as the husband of a victim and a long-time suspect; this one suggests that the experience with EAR/ONS fundamentally rewired Gay Hardwick’s nervous system into a permanent internal scar.

It’s a testament to the show’s deftness that despite this heavy underlying theme “The Motherlode” can also contrive a scenario that Michelle and her research partner Paul Haynes describe as a heist and which even for a while feels like one. Their mission, should they choose to accept it, is to retrieve oodles of information from the Orange County Sheriff’s Department; information that Michelle believed would lead to the arrest of the Golden State Killer, but that would require her to delay the submission of her manuscript so that she could comprehensively vet the new material. 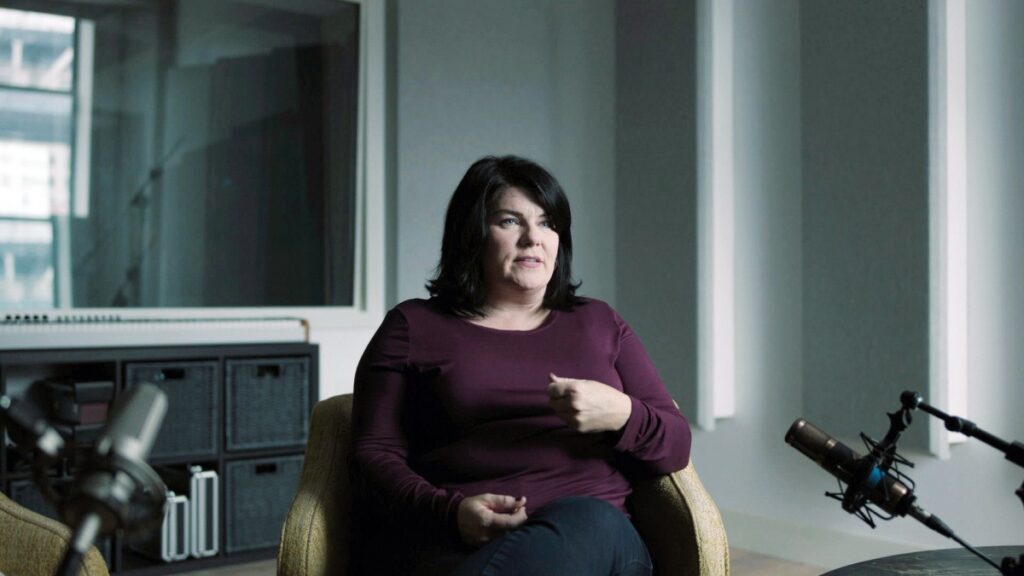 While I’ll Be Gone in the Dark follows the trajectory of the investigation into GSK, this episode, in particular, feels as though it’s tugging on threads that were raised in the previous episodes, especially those regarding Michelle. A common theme is her being given information and access on the strength of her journalistic rigour after initially being written off as a crank or a potential leak. In having to push back her deadline, despite the casual reassurances of Patton Oswalt and the understanding of her editor, Michelle was taking on heaps more stress that could only be remedied with cocktails of prescription medication. Just like David Witthuhn and Gay Hardwick, Michelle was living with GSK’s sordid crimes.

This is what makes Michelle such an enduringly human presence in the world of clinical true-crime procedurals, and it’s what gives her understanding of the case such a uniquely empathetic slant. The reality that we’re seeing the last months of Michelle’s life before her untimely death is felt more and more as her personal life is tied increasingly intimately to the case. A personal connection to the victims sprung from an unwanted sexual encounter in 1992 helped her to understand the nature of trauma and survival, immerse herself even more completely in the investigation, and tell the GSK story from a powerfully human and personal perspective. But all these things also in large part accelerated her own demise.