Project Power is your basic Hollywood version of a marketing ploy to subscribe to streaming services and sell product placement by taking better film ideas and repackaging them.

Project Power is your basic Hollywood version of a marketing ploy to subscribe to streaming services and sell product placement by taking better film ideas and repackaging them.


Project Power is like multiple Netflix action-adventure films that left storytelling originality at the door. Henry Joost and Arial Schulman’s (new?) take on the superhero genre film is a sort of tribute to many sub-par films or even television series that came before it. While there is nothing wrong with recycling material with a new spin and done well, their movie offers nothing more than a couple of average episodes of NBC’s long-forgotten science fiction series Heroes — it just doesn’t have that show’s intrigue.

A drug has been manufactured that, if taken by the user, can permeate the body and mold a superhuman ability exclusive to the user for five minutes. Frank (Joseph Gordon-Levitt), a detective on the New Orleans police force, and his fellow officers are overwhelmed by the new customized pill. Criminals are now using creative powers by using invisibility to rob banks or turning into large fireballs to escape arrest. He crosses paths with a local, small-time drug dealer Robin (Dominick Fishback) who sells them. They both soon cross paths with an ex-soldier Art (Jamie Foxx) who is a man on a mission to find Robin, who can help him with his own personal motives on his visit to the Big Easy. 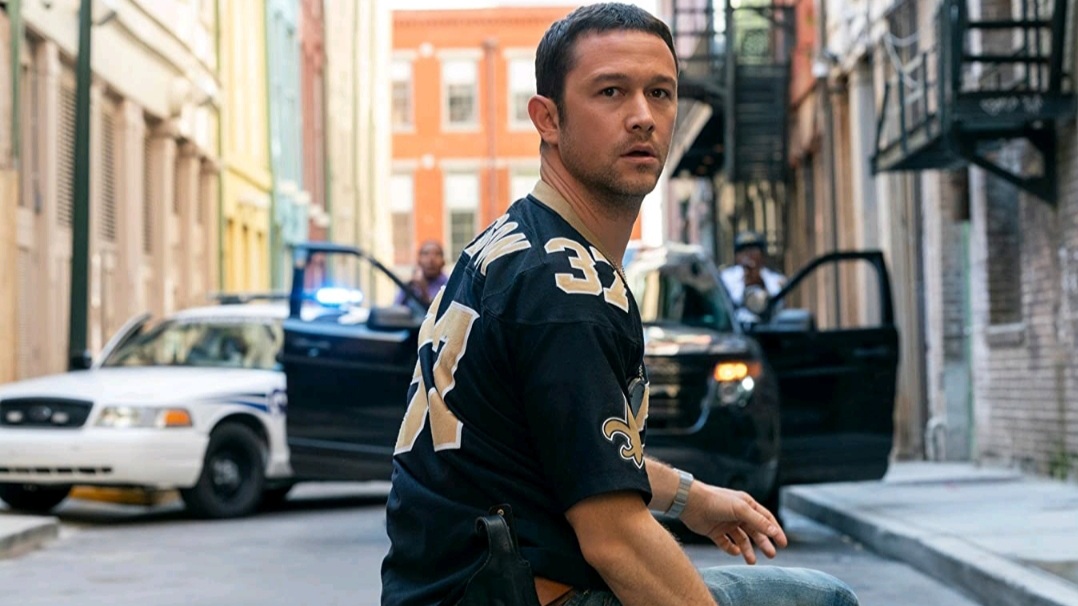 The main issue of Project Power is that the film’s story is as artificial and played out as the film’s special effects. Watching Foxx’s Art run away from what can be described as Ghost Rider without a bike is cartoonish — so much so it loses any suspense. Art, in this story by Mattson Tomlin (scribe of the new version of Batman, not a good sign), is your basic Terminator character arriving in town and in hot pursuit of his target. Gordon-Levitt tries to have some fun in his role, but it is nothing more than a determined cop with a heart of gold. Fishback, so good in the film Night Comes On that very few saw, has little to do here and does what she can as the person in need of help. Combine that with people turning into superheroes and powers based on their traits, obvious double-crosses, men who show up in black suits, the use of powers to show good versus evil, the film is an amalgamation of original ideas pieced together in a sub-par way.

Project Power had an opportunity to weave relevant themes into its story — especially in a city like New Orleans. The finer theme of creativity is lost in an array of pointless actions and special effects where a greater emphasis on how a theme of restrictive opportunity could have played against a greater theme of why people resort to unfortunate choices or even free will. Joost and Schulman’s film is your basic Hollywood version of a marketing ploy to subscribe to streaming services and sell product placement by taking better film ideas and repackaging them.