It has been three years since Netflix first debuted The Babysitter, and times have very much changed since then. We liked that original film, but it’s a different world now — a global pandemic has ravaged us, the film’s star Bella Thorne has started a recording-breaking OnlyFans, and we’ve had so many sequels and prequels and remakes and spin-offs in the last few years that a follow-up to a relatively low-key genre film from 2017 feels like a bit of a surprise — and not necessarily a good one. Nevertheless, The Babysitter: Killer Queen is coming as soon as September 10, and Netflix just released a trailer for it, which you can find below:

Here’s the full synopsis, courtesy of the official press release:

Two years after defeating a satanic cult led by his babysitter Bee, Cole continues to be haunted by the horrific events of that night. Everyone in his life thinks he has lost his mind since Bee and all of her friends disappeared, making Cole’s story hard to believe. He is still hopelessly smitten with his best friend and next door neighbor Melanie – the only one who believes his story – who convinces him to forget the past and come to a party thrown at a nearby lake. But when old enemies unexpectedly return, Cole will once again have to outsmart the forces of evil and survive the night.

And here are some first-look images, since a trailer isn’t quite enough, is it? 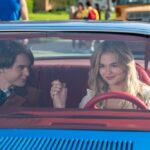 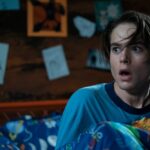 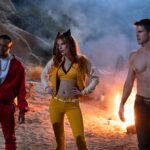 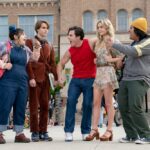