“The Deepest Cut” finally develops some dramatic urgency by making allegiances interestingly unclear, but is it too little too late?

“The Deepest Cut” finally develops some dramatic urgency by making allegiances interestingly unclear, but is it too little too late?


This recap of The Walking Dead: World Beyond season 1, episode 9, “The Deepest Cut”, contains spoilers. You can check out our thoughts on the previous episode by clicking these words.

After last week’s juicy last-minute revelation that Huck isn’t just secretly working with the CRM but seems to be Elizabeth’s actual daughter, “The Deepest Cut” exists in a new, much more engaging context. I don’t know if Huck has always been this suspicious or if she is deliberately playing up the act now that the audience knows what she’s up to, but as brief flashbacks lay out Elizabeth giving Huck her mission — which is to isolate “the asset” and deliver her to the CRM — it becomes a lot more obvious to everyone that she’s up to no good, starting with deliberately causing a road accident, forcing everyone to take temporary shelter.

The flashbacks this time around weave in some of Huck’s backstory with Felix’s. He’s initially interviewing her for campus security while her military background makes her subject to the psychological evaluations of one Will Campbell, whom Felix quickly falls in love with. Now seems late in the game to be introducing a potentially significant character such as this, but it seems like Season 2 has plans for this guy.

Elsewhere in “The Deepest Cut”, Elton, clearly struggling with both Hope’s revelation about his mother and his seeming inability to find Silas, staggers around lugging all his stuff until he quite by chance runs into a badly injured and thus far unconscious Percy. Convenient!

Anyway, the main Scooby gang find themselves surrounded by zombies on the road, all of whom are strung together with barbed wire, making the fight a little more complicated. In the process, Felix gets a bad injury — a slice to his ankle — but we cut away from the action so quickly that we don’t see how it occurred. This is in service of a fairly predictable twist later, and it isn’t the only one. But more on that shortly. 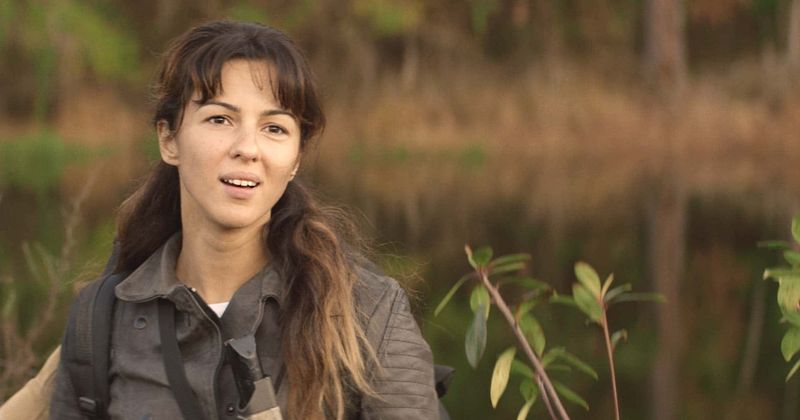 With Felix injured, the group takes shelter in a deserted house and root about, with Huck searching the upstairs with Iris while buttering her up about how smart and capable she is. Remember, the show is still treating the identity of “the asset” as a bit of a twist, so we’re supposed to assume here in The Walking Dead: World Beyond season 1, episode 9 that Hope is working on isolating her target. She warns her away from a room that supposedly contains the deceased former occupants, piquing Iris’s curiosity and highlighting a slight issue with the characterization here, which is that Iris seems to have figured out Huck’s weird behaviour right in time with the audience.

As Felix begins to flashback to more of his relationship with Will, including a lingering saltiness about Leopold asking him to stay behind and look after the girls, the condition of his leg worsens rapidly. He has taken preemptive antibiotics, but he isn’t going to be able to move for a while, giving him time to flash back to dinner with Leopold, Will, and the girls, during which he learns that Will has joined Leo’s security detail, ostensibly so that Felix doesn’t have to worry about him. He explains how he has to learn to put his trust in other people rather than trying to carry the whole world on his shoulders, which is a much more interesting justification for this development than a simple betrayal, which is where I thought it was going at first.

Elsewhere in The Walking Dead: World Beyond season 1, episode 9, Elton works through his grief by communicating with his hallucinations of a conscious Percy, who accuses him of being scared to find out what Silas did to him. When he finally plucks up the courage to give him a once-over, he discovers that Percy was shot, essentially exonerating Silas and setting up a rather obvious twist for later. When he’s rounded on by a quartet of walkers, Elton steels himself and fights them off, finally becoming a halfway competent character in a post-apocalypse show. It only took the entire season.

With Felix slowing things down, Hope is eager to move on, fearing that the longer they wait the more danger her father is in. Iris is fuming at the idea of leaving him behind, even if he encourages them to do so, claiming they don’t need him anymore. When Huck hugs him, a brief flashback reveals it was her who gave him the injury in the first place, which shouldn’t surprise anyone. That night, Iris confides in Hope that she’s suspicious of Huck, claiming there’s something off about her, but Hope seems to be firmly Team Huck, causing a bit of a rift between the sisters. When everyone else is asleep, Hope wakes Huck and tells her they have to leave now, since Iris won’t leave without Felix.

As they set out together, we can see that Hope herself is actually wise to what Huck’s doing. When Elton tries to contact Felix on the radio, Huck answers. He tells her he has found Percy and visible panic sets in as she asks where they are. At that moment, Percy wakes up and reveals it was Huck who shot him. Back at the house, Iris wakes Felix up to tell him that Hope and Huck are gone, and we see flashbacks of Hope decoding the CRM communication using the map: “En Route to NY with asset + four. All four expendable.” Yikes. As Felix realizes his gun is missing, we see Hope reach down for it, evidently about to turn it on Huck.

Thanks for reading our recap of The Walking Dead: World Beyond season 1, episode 9, “The Deepest Cut”. For more recaps, reviews, and original features covering the world of entertainment, why not follow us on Twitter and like our Facebook page?