“The Big Rick” gives the girls a short-lived glimpse of freedom as Cassie begins to set her sights on the right target.

“The Big Rick” gives the girls a short-lived glimpse of freedom as Cassie begins to set her sights on the right target.


This recap of Big Sky season 1, episode 3, “The Big Rick”, contains spoilers. You can check out our thoughts on the previous episode by clicking these words.

Big Sky episode 3’s title, “The Big Rick”, was apparently Montana State Trooper Rick Legarski’s nickname in high school – for a couple of reasons. The obvious one is that he was big and his name was Rick, which makes sense. But he was also dependable. He could be relied upon to do the right thing. I’m not sure what his version of the right thing really is at this point, since by episode’s end he’s shooting a young girl through the leg with a compound bow, not once but twice.

We’ll get to that, though. In the meantime, we get to see Rick interact once again with an increasingly annoyed Cassie, as he cycles through personalities to see which is most likely to scare her off. When the big, blustering lawman act doesn’t work, he tries to be all contrite and earnest. Neither has much of an effect on Cassie, who leaves anyway because she knows he’s up to something but can’t prove it – yet! – and has better things to be doing with her time.

Those better things include letting Jenny know that the Big Rick is definitely involved, which Jenny, after figuring out that Cody never turned up at the Church of Glory of Transcendence, which seems to be a slightly more rural NXIVM, is inclined to believe. At this point it’s becoming increasingly obvious that Cody’s dead, and both Cassie and Jenny cry at separate points, presumably dealing with this reality privately for now. 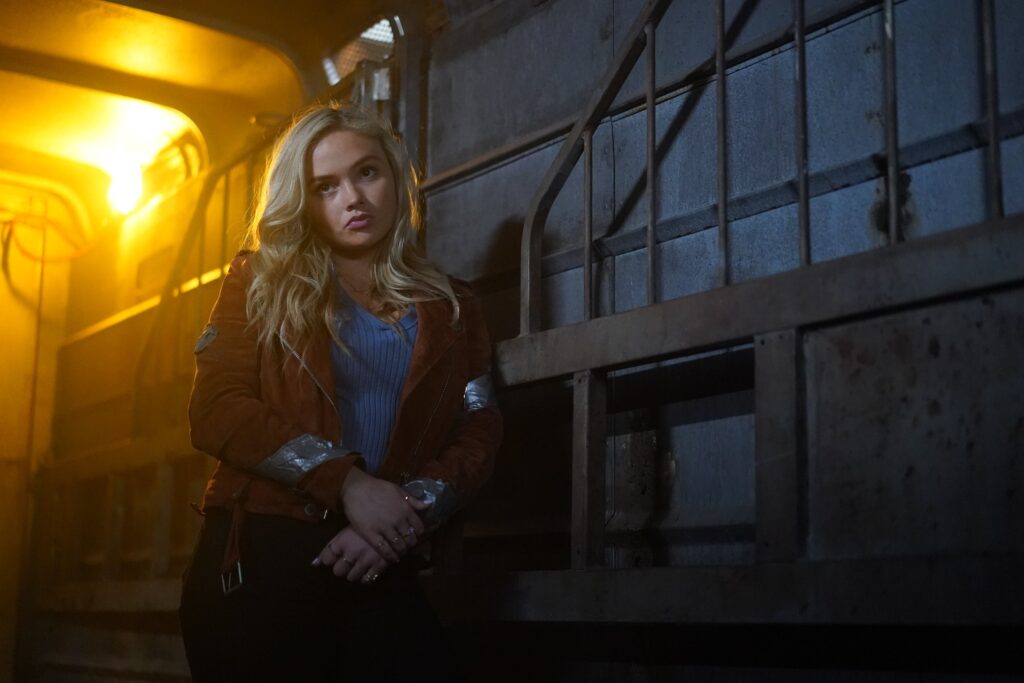 There’s no room whatsoever for privacy between Grace, Danielle, and Jerrie, who remain captive. They discover, though, thanks in large part to Grace’s ingenuity in freeing them from their shackles, that they can kick their way out of a loose spot in the container’s wall. But once Grace is through the gap that opens up, they all realize that with only two people left in the container they lack the third pair of feet to open the gap up wide enough again; Grace is, for now, on her own. She follows running water to a drain, and the drain to the outflow pipe, and the pipe to the great outdoors, with Ronald in hot-ish pursuit until the pipe collapses.

The Big Rick is, naturally, very disappointed by this development – John Carrol Lynch is just wonderful in this gonzo role – and goes out looking for Grace on his own. He finds her rather quickly, trying to hysterically enlist the help of a very confused fly fisherman, and shoots both the fisherman in the chest and Grace in the leg before trussing her up in the ATV and delivering her back to the container, where Dani and Jerrie have spent a good portion of the episode discussing the latter being transgender.

I mentioned last week that Big Sky seems determined to keep circling back to Jerrie, and I was glad it did so here since the sensitive, fumbling conversation about Jerrie’s background did a lot of work for both characters, Jerrie in particular. She knew she wasn’t male since she was a young child, she explains, and told her loving parents as much, who promptly put her into therapy and eventually disowned her. She has lived by herself since she was 14. This is an interesting and relatable enough backstory to make Jerrie more than just a victim, and Dani’s worry about being a clichéd woke progressive is understandable too. Nobody wants to be one of those.

It’s all going wrong for Ronald and Rick, arrows notwithstanding. Both Jerrie and Dani jump the former earlier on in “The Big Sky” and knock one of his teeth loose. And all three of them resolve to not go down so easily by the episode’s end. I guess we’ll see.

Thanks for reading our recap of Big Sky season 1, episode 3, “The Big Rick”. For more recaps, reviews, and original features covering the world of entertainment, why not follow us on Twitter and like our Facebook page?