A feminist take on a classic noir premise is undone by an underwritten script.

A feminist take on a classic noir premise is undone by an underwritten script.

I’m Your Woman is the kind of movie where the protagonist’s signature quirk is that she sucks at frying eggs. When Jean (Rachel Brosnahan; Mrs. Maisel, Quibi) cracks one into the pan the yolk breaks instantly. More often than not, the result is inedible. “Should have seen the first attempt,” she jokes as she hands a plate to her husband, who, a scene before, returned home with an unexplained baby in tow. When the child’s screams frustrate her, she throws a carton of eggs at the wall one by one. By the way, the movie begins with Jean in voiceover telling us her unrequited wish is to have a child. Later, she divulges her infertility to another character, just in case the extended egg metaphor flew over your head.

The film takes the form of a “man on the run” picture, except this time the man is a woman, and the twist is that she has an unexplained baby with her. It gives off the impression as a movie that was conceived as a feminist twist on a tired genre (what happens to the mobster wife when things go to s**t) only to lose interest in the baby angle half-way through and settle as a lifeless quasi-noir thriller where nobody seems particularly interested in finding out what the hell is going on.

We are introduced to Jean as she lounges in a fluffy pink bathrobe (because what else is a childless housewife to do?). Her husband seems barely present; and his career none of her business. Her wish comes true when her husband brings home Unexplained Baby (who she decides to name Harry, but by that point, I was all in on referring to him as Unexplained Baby), Jean’s lack of enthusiasm towards her newfound motherhood leads one to question if her desire for a baby is driven by anything other than a line on the screenplay, but before she can become accustomed to it her life changes again. An associate of her husband wakes her in the middle of the night, who gives her a wad of cash and tells her to get in the car outside. 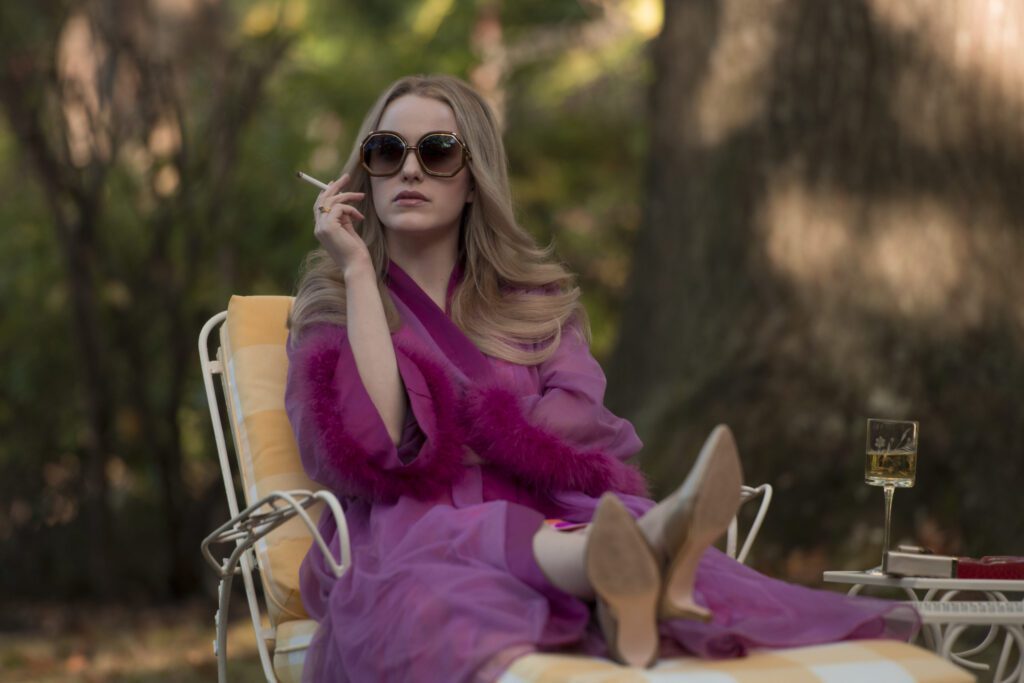 The man in the car waiting to ferry her away is named Cal (Arinzé Kene). Cal’s quirk is that he puts a cigarette between his teeth without lighting it (reminiscent of another “metaphor”). His introduction ushers in I’m Your Woman’s most interesting section as director Julia Hart pays attention to the aspects of being “On the Run” and “In Hiding” that most noirs skip over. There may be people trying to kill them, but laundry still needs to be done. The film makes sure not to ignore the ways race and gender can influence your ability to go unnoticed.

Having a baby around means that no safe-house can be completely safe. After a change of location at the movie’s midpoint the pacing shifts gears and the few moments of joy and verve that came before are swapped out for unrelenting dreariness. Underwhelming twists only underline how little we know (or care) about these characters. We never get a full grasp of what Jean thought of her life before, or what she knew of her husband’s business. Without that understanding, the reveals and character turns don’t make the impact they should.

It’s a shame because the first hour of I’m Your Woman is genuinely thrilling, showing us familiar scenes from a new perspective, and asks interesting questions about what happens when a complex web of lies starts to fall apart. But I’m Your Woman doesn’t seem interested in the details of those lines, but would rather use mood and aesthetic details; bright wallpapers, and a rumbling piano score to do the talking. It’s a pity they don’t have anything much to say.