“Collars for Dollars” introduces an interesting case that’ll take a few episodes to do justice, but the show’s approach to the Wallace family drama is still a bit questionable.

“Collars for Dollars” introduces an interesting case that’ll take a few episodes to do justice, but the show’s approach to the Wallace family drama is still a bit questionable.


This recap of For Life season 2, episode 5, “Collars for Dollars”, contains spoilers. You can check out our thoughts on the previous episode by clicking these words.

Well, For Life let me down a little this week. Not in a major way, you understand, but just enough to be slightly irritating, and to leave me wondering what the point of the ballsy decision to leave the family home last week even was. The ending of “Collars for Dollars”, which by the way has a pretty important and socially-relevant central case that we shouldn’t overlook, hardly saw the Wallace family concretely reconcile. But it was hopeful enough to suggest that’s the direction we’re going in, and I’m not sure it’s the right one.

Aaron spent most of the hour making bad decisions, admittedly, but they were understandable ones. He has to violate his parole so that potentially being sent back to prison is never forgotten about. And he has to take some risks to prove how much his relationship with Jamal means to him. His interactions with Jamal’s sister, Georgia, were all about emphasizing that, letting on that he knew about Jamal’s closely-guarded sexuality, and delving into their shared history of abuse and trauma as children. His being privy to the family’s deepest, darkest secrets only makes their connection stronger. And it should theoretically make him more understanding of how they both choose to navigate life in the context of that. Taking the stand in court and revealing so much of what they’ve endeavored to keep buried is understandably not something either wants to do. 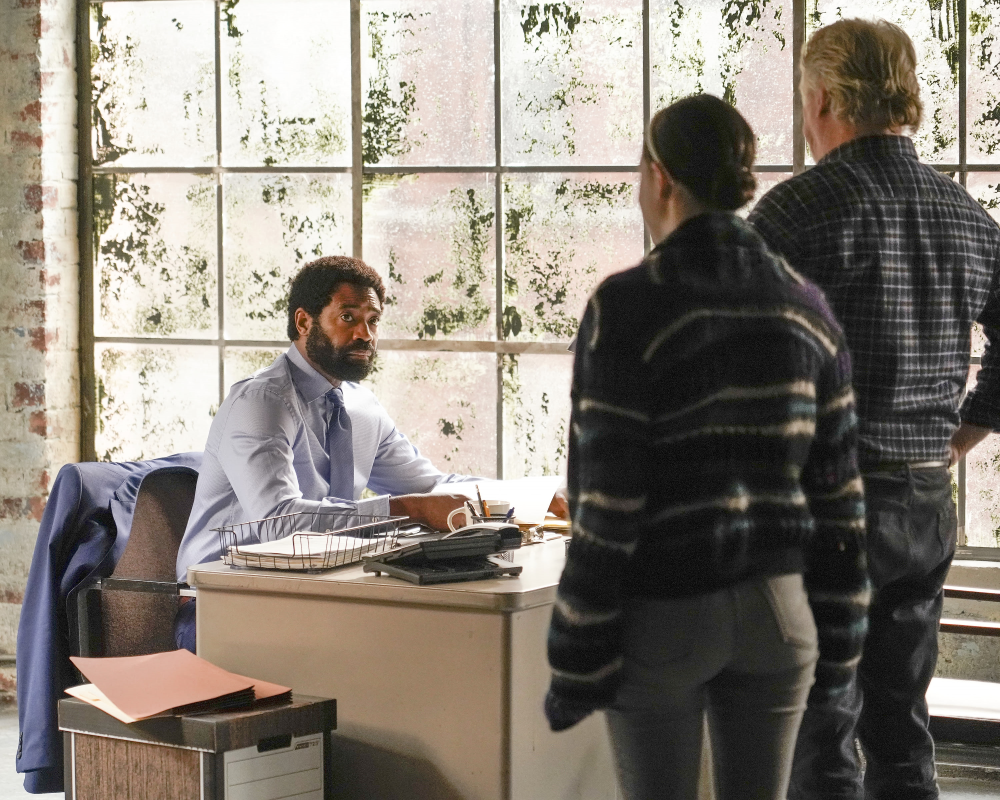 Having said that, Georgia getting Aaron to violate his parole by embroiling him in her personal issues still felt a little contrived. Yes, Aaron’s lone wolf attitude has been a consistent aspect of his character, and he probably deserved getting chewed out by both Scotty and Jamal for not turning to anyone else for help. But I’m super skeptical of how Jamal’s rant pushes Aaron back towards Marie, as though it’s somehow entirely his responsibility to fix that relationship, despite his feelings about what happened and the fact that Marie still refuses to acknowledge her role in them. Even when Aaron turns up at the house at the end of “Collars for Dollars”, her only point is that she also went through what he went through. Only, she didn’t, really, and even if she did, they didn’t go through it in quite the same way, did they? Sweeping this under the rug for a happy ending feels like a mistake.

Still, as I said at the top, the case was interesting, but more for its broader implications than the details. It was functional, designed to get Henry back in court after his recovery, and to raise the idea of “Collars for Dollars” as a concept – a practice in which cops make arrests they usually wouldn’t just to secure overtime bonuses, and generally target underprivileged people and communities in order to prevent pushback. Since the case is targeting a police department, it earns the attention of the union and gets Dez some unwanted attention of his own. It works as a little capsule redemption arc for Henry – his conversations with the former cop were really enjoyable – and I imagine it’ll work long-term as a way to shine a light on an obvious systemic issue. To me, the episode didn’t manage to characterize Paola as much more than an avatar for the kind of disenfranchised groups who’re targeted by processes like collars for dollars – in her case she’s a DACA recipient facing deportation over hopping a station turnstile – but then again that tends to be how institutions like the police see these people anyway. Still, suggesting it’s a metaphor would be giving the show a bit too much credit.

If nothing else, though, this episode gives For Life something to be getting on with after the Fall break, and a clearly-defined, more serialized case that’s right in-step with the show’s themes of social justice makes perfect sense to me. But even though Jamal was adamant that Aaron get his own house in order before interfering in his, I’m still not convinced that a happy wife will make a happy life for Aaron in this case.

Thanks for reading our recap of For Life season 2, episode 5, “Collars for Dollars”. For more recaps, reviews, and original features covering the world of entertainment, why not follow us on Twitter and like our Facebook page?