The Best and Worst Comics from 2020

2020, and a rollercoaster for the comics industry, from distribution wars to character assassination, failed events and cancelled books, this year was unique as there was more drama behind the scenes than on the printed page, so here’s my end of year list of my best and worst comics, in my opinion.

1. When a character that has been iconic since the Second World War, and been a lynchpin in the most incredible film franchise ever, gets relegated in his own book, you know there’s trouble afoot, and poor Captain America has been treated very badly at the hands of Ta-Nehisi Coates. Dreadful storylines, and supporting characters getting more attention than the actual hero of the book, makes this comic a hot mess leading to fans of the good Captain to just stop buying it.

2. There was a time when it was cool and interesting to take a B-rate character and reinvent them, showing the character in a new light, revitalizing their career, and re-constructing them for a new audience. But that was when it was being done for the right reasons and by the right creative team, unfortunately, Tom King, and his current run on Strange Adventures, is another complete hatchet job, reducing Adam Strange to a simpering wreck of a hero and dragging out what should just be a mystery box of a series into a dreary, depressing soap opera that fails on almost every level to be entertaining.

3. They say that nostalgia wears rose-tinted spectacles, but be honest when you think of Teenage Mutant Ninja Turtles, does it not conjure up images of colorful comic book characters having amazing action-packed adventures and eating pizza afterward? Well, forget all that, as now the most exciting thing that happens in this book is the day to day running of a soup kitchen. Meandering and downbeat, this boring snooze fest never threatens to become even a shadow of its former self and another comic that just doesn’t seem to understand the characters.

4. Even a comics legend such as Dan Jurgens couldn’t save the Nightwing ongoing series. The whole premise of the book was just a dumpster fire, with Dick Grayson being shot by the KGBeast and losing his memory, it’s all just so cliched and uninteresting, and all the angst and emotional drama that ensues is just contrived and dull. Of course, Dick recovers his memory, but really by this time nobody even cared.

5. To relaunch a book with one of the most iconic superheroes of the last 10 years, then introduce a completely unrelated hero to join the book, who has one purpose in the narrative, which is to constantly berate and belittle the title character to the point where you are not sure what the point of the book is and why you are reading it — that’s the latest Iron Man run, co-starring Hellcat, by Christopher Cantwell, another case of taking a well-loved hero, Iron Man, and running him into the ground. Tony seems to be in the middle of some kind of personal crisis, which leads him into tweeting too much. Anyone picking up this book to see the further adventures of Iron Man from the MCU will think they are in a parallel universe. 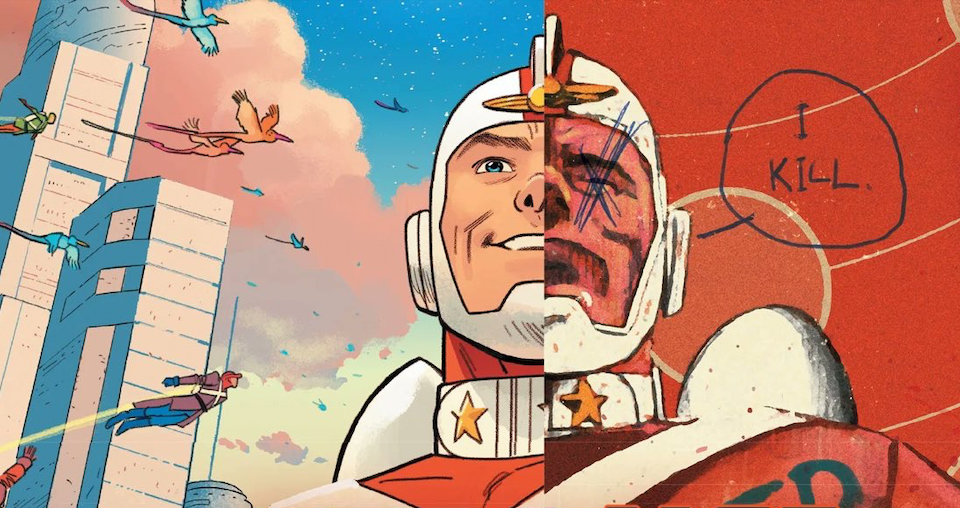 1. There is nothing more satisfying than seeing a character returned to former glory, and thankfully after the dreary car crash of Tom King’s abysmal fan-hating run on the title, Batman by James Tynion IV has managed to drag Bruce back to some semblance of super-heroics. New characters such as Punchline, and action-packed stories have elevated this book to being a fan favorite, and although arcs such as the recent “Joker Wars” may look like a retread on old ground, at least Batman is acting like a hero and delivering on superhero action antics.

2. Street level heroes can be just as difficult to write as cosmic A-listers, and it’s important that the creative teams on board understand the nature and soul of the character, so Chip Zdarsky on Daredevil continues to be a great and consistent read every month. Zdarsky is comfortable with the lower-key aspects of ‘ol hornhead and manages to balance the super-heroics and personal drama very well. Gritty art from Marco Checchetto helps things along, and with Matt in jail and Elektra taking on the DD role, things are still heating up in this top tier title.

3. Sales ain’t everything, and one of my favorite books of the year has been canceled, again. Hellblazer by Si Spurrier was once again a return to form for a character that was lost and miserably recast in the DC Universe. John Constantine deserved more than he was given, and the 12-issue run that we got this year had a great concept at its heart and gave John a new cast of supporting characters that looked like they were going to be around for a while. The end of the first act must have come as a shock to all involved, as I know there were going to be many more stories ahead, but the run was canceled, and I worry we may never see it returning again in the near future. What a shame for everyone involved, especially fans of Hellblazer who had a glimpse of the future, then had it all taken away.

4. Three Jokers was a mystery that was a long time in the making and had a lot to live up to. Three exquisite issues later and it seems that the payoff, although slightly just a reset button, was satisfying enough to make this the mini-series of the year. Johns can craft a story, and seeing the bat family working together, solving a mystery, fighting against the odds, and dealing with their own personal demons, was gripping comics by a creative team that knew exactly what fans wanted to see. Violent, shocking, and gripping, this was my favorite event comic of the year.

5. Despite slowing down slightly, and often going off on tangents, I still have a soft spot for Al Ewing’s Immortal Hulk. After its debut, the title was a real slow burn, and it took a while for fans to get on board. Reading more like an Alan Moore Swamp Thing book, immortal Hulk would slowly expand its storytelling and continues to take chances and tell entertaining stories right through 2020. Though often it becomes bogged down by its ideas, the book has such a strong fan base that it seems inevitable that it may eventually be coming to an end, and often that can be for the best.

That’s my list. Did I miss your best and worst comics from 2020 out? Let me know here at RSC.