There have been many female-centered revenge films, from I Spit on Your Grave to Revenge, often concluding with a satisfying sense of victory. So it was fascinating to see whether this same feeling could be found in this third programme of short films featured in this year’s Final Girls Berlin Film Festival.

There Will be Monsters

“Monsters exist. They live inside us. And sometimes, they win.”

To start with, this film seemed so real that it could have been a candid piece of journalism. A young woman has clearly been overdoing it, taking a little time to herself in the town square late at night to throw it all up. A group of men (who can apparently handle their drink better) refuse to leave her alone, toying and joking with her; then insist she goes with them, to “party”. I thought back to the young Magda in Zabawa, Zabawa, and feared the worst. But no: this is a revenge tale, after all. Interestingly, there is an extra perspective on “monsters” in a brief, light coda. Excellent stuff, with a thing or two to say about surface impressions, misogyny, and personal power.

Girls’ Night out of Body

In homage to spooky slumber party games, the girls eat a haunted piece of candy, and it becomes a race to see what will get them first — the black-gloved killer stalking them, the evil unlocked from the candy or any of the other perils that await girls at sleepovers in horror films.

The Andujar twins are usually responsible for set and production design (this is their first directorial effort), and it shows here: not only is there terrific use of realism and slight spookiness in the convenience store where the story starts but when the girl gang arrives at their sleepover destination, it is lush! The special effects and dreamy cinematography are spot-on for this little film. What we have here is essentially a Slumber Party Massacre-style tribute, given a modern slant and a couple of surprises. What we don’t have, though is much substance: I wish it had been longer. Girls’ Night out of Body is available also as a segment of the Shudder anthology film, Scare Package.

Alba, an elderly woman living with her daughter, is unhappy with the way her daughter’s partner treats her. When she finds herself alone with him, she will have to decide how far she is willing to go in order to save her most loved one from a life of suffering.

This is impressive: it’s Fajardo’s first film as writer and director – which you wouldn’t guess from watching – and she composed the soundtrack too. The protagonist, Alba (Teresa del Olmo) is a fascinating character, and portrayed with real care: with hardly any dialogue, you can see the pain of her situation drawn on her face. La Caza is presented in two halves and this brings me to the only problem I found with the film: personally, I couldn’t tell which order the two halves took place in; and consequently, couldn’t tell how much of the content was in Alba’s head. If she was actually incapable of doing what she felt the need to do, then it is particularly poignant.

A woman walking alone in the middle of the night becomes the target of a man’s harassment. Just when things get dire, a mighty entity interferes.

Wow. Rong has stunned me. Like Black Lake, this film was inspired by a real crime and combines mystical elements with gritty (and x-rated) realism. And it’s incredibly tense, helped by varied camera angles (which seemed to both reflect and promote anxiety) and the largely percussion music from Wahono. Set in Jakarta’s red-light district, Rong is full of red shades and variations, heightening the danger. The acting is flawless. No, scratch that: this short film is flawless. 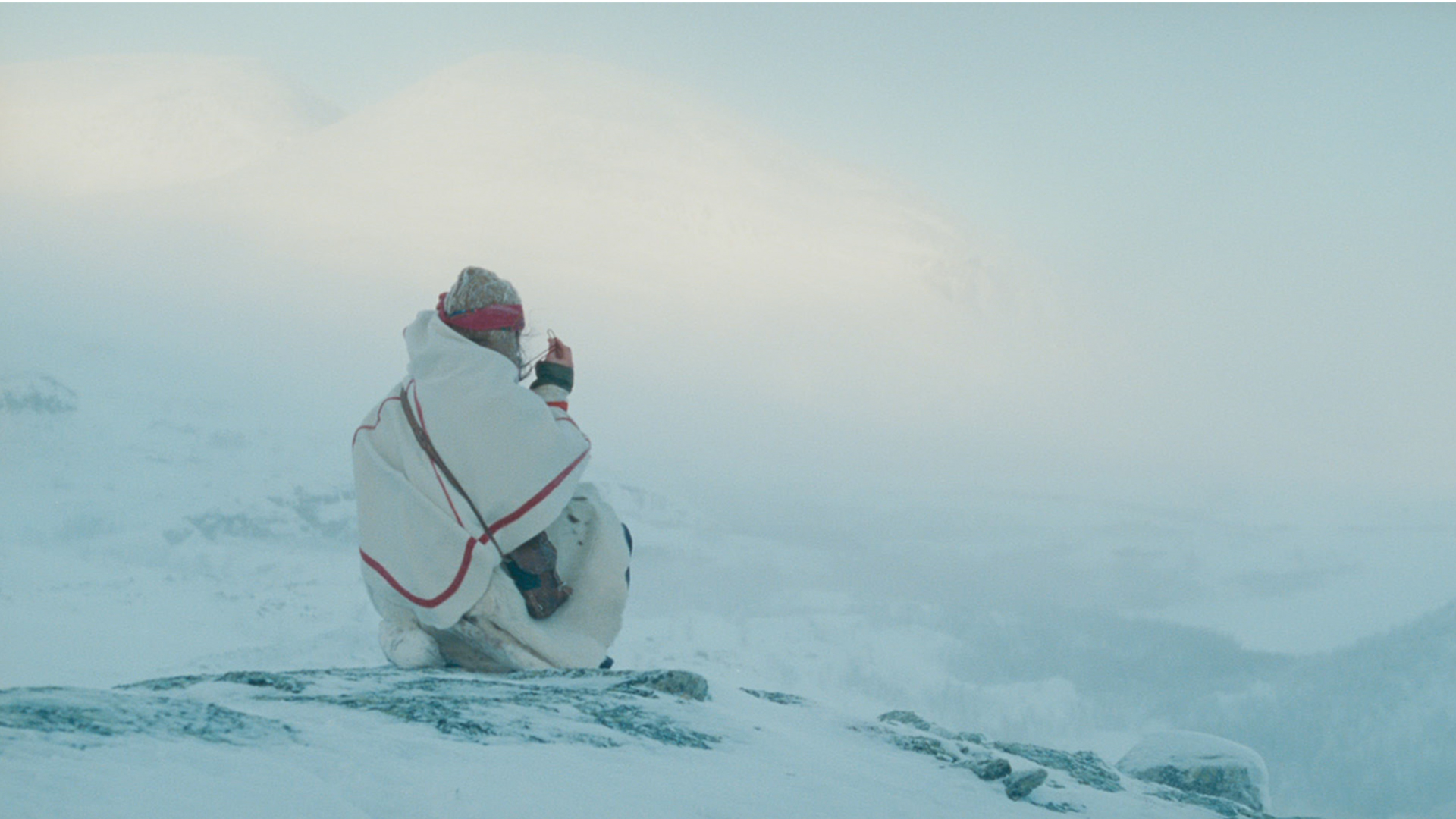 During a blizzard on the tundra, a Sami woman is herding her reindeer when she is attacked by a man. Her sister senses that something is wrong and starts looking for her. Wrapped in fear and confusion, both women will unite in their fight for revenge.

(Unfortunately, this short was not made available to reviewers.) 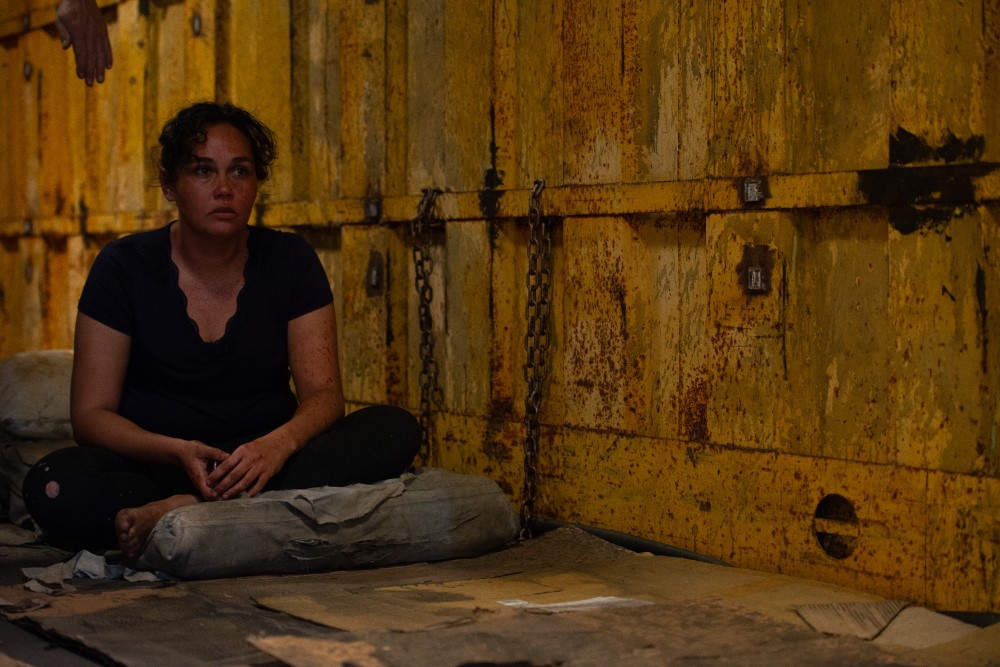 Scout, an Aboriginal woman living in regional New South Wales, was kidnapped out of nowhere from the safety of her own home. These days, her life is confined to a shipping container with two women, Andy, a young naïve Aboriginal woman, and Jodie, a staunch black woman who is always on hand to give Scout and Andy a dose of reality. They suffer dehumanizing treatment until one day they band together and fight their oppressors.

I first encountered Scout as part of the anthology film Dark Place which was screened at festivals a year or two ago, but I found it a bit heavy then and didn’t finish it. I think it works much better as a stand-alone piece. Unfortunately, the acting is a little below par (even Nicholas Hope, from the amazing film Bad Boy Bubby), but that doesn’t actually detract from the angst and the tension; the writing and direction manage to keep that going just fine. It was no surprise to find Bedford had been involved with the excellent series Mystery Road. Oh by the way, as well as the themes of racism and enforced prostitution, Scout gets rather graphic too; but it does have a satisfying pay-off.

Doomed to star in one last performance of Shakespeare’s ‘A Midsummer Night’s Dream,’ a down-on-her-luck actress fights for her moment in the spotlight amongst the self-serving newcomers. How far will she go to be the star of the show?

The Fourth Wall was great fun, moving me from anxiously watching Chloé (Lizzie Brocheré, from the marvelous Falling Water) hit the bottom of her stage career to then grinning as she took out her frustration on those around her. It’s a frantic black comedy about the ephemeral and shallow nature of show business, beautifully filmed with a constantly moving camera following a high and occasionally dizzy protagonist. An exciting way to end this cathartic programme of short films.