London Metropolitan’s H Division turns to solving crimes in the wake of the Jack the Ripper killings.

When Jack the Ripper took to the streets of Whitechapel in the late 1800s, it was up to the men serving a particular police force to hunt the perpetrator down and put the fears of the public to rest. However, while the Ripper may have disappeared seemingly without a trace one day, his crimes were set to haunt London for a long time to come. The trio dealing with the aftermath is Inspector Edmund Reid (Matthew MacFadyen), Sergeant Bennet Drake (Jerome Flynn), and police surgeon Captain Homer Jackson (Adam Rothenberg), who all have their own personal struggles on top of the work they do by day.

So, my favourite show, Ripper Street, came to an end this week. The last ever episode of the program aired on Monday night, and I have to be honest I don’t think there has ever been a more bittersweet ending to a TV show from my point of view. Even now, almost a week after watching the finale, I’m still not entirely sure how to take it.

Ripper Street first came onto our screens back in 2012. The first season introduced us to the three main characters that would quickly grow on viewers. One by one, each character had his secrets revealed, and then developed upon, as the seasons progressed. In the driving seat is Matthew MacFadyen as Edmund Reid, the main protagonist of the show. The writers of the show really put Reid through the mill, and MacFadyen had to run with these trials and tribulations whilst maintaining his character’s core values, which I think he did very well. What I really liked about MacFadyen’s performance was that he always showed Reid had immense integrity. No matter what state he was in during the show, Reid was always very true to himself; he always did what he believed was the right thing to do for himself at any given time. His actions may not always have been the good thing to do, or, as the show progressed, the lawful thing to do, but for Reid they were always the right thing, and that was the sort of conviction he had.

After Reid, you have Jerome Flynn as loyal sidekick Bennet Drake, whose promotion in later seasons causes ructions that never really disappear. This character, along with any character in this show that ends up being of any significance, could be talked about for hours if I was to sit and do a full in-depth study of him. I think of the three leads here, Flynn’s character was the most complex, and I personally think that it is he who best personifies the kind of Whitechapel in which this show is set.

Now we move onto one of my favourite characters, Captain Homer Jackson, or Matthew Judge if we are to use his real name. I absolutely loved Adam Rothenberg’s interpretation of Jackson. He was tremendous throughout the whole show, and I believe I can safely say that he had one standout moment in each and every episode. Rothenberg was gifted some of the greatest lines in the script, and followed this up by delivering them perfectly every time. Without a doubt, it was he who gained most of my affection, with his glorious one-liners and sometimes wise words. That and the fact that he was probably the character with the best heart out of all of them.

While these three were largely the staples of the entire series, there were also a number of series regulars. MyAnna Buring played Long Susan Hart, or Caitlyn Swift, and was also a favourite of mine because of the kind of woman she portrayed. She was unconventional for the time, a woman elbowing her way into a man’s world, and watching her in each and every episode was wonderful. She possessed all the qualities that made Gal Gadot’s Wonder Woman so fantastic, but for a female character such as this to appear in a period piece was an added bonus.

Before I move on to anything else, I must point out that life for these characters was not a bed of roses. This, of course, was caused by numerous villains who cropped up from season to season. Now, while each season had a stand-out antagonist, the series itself did have an overall winner in the bad guy department. This has to be Jedediah Shine, played by the phenomenal Joseph Mawle. This guy made a prolonged appearance in both seasons two and five, and he just got worse and worse as time went by, and for someone like myself who is rather partial to a good villain, this was great to see. The performance put in by Mawle was on another level entirely, and he definitely deserves more recognition for the part than I think he has received. He actually made my skin crawl, and to watch him made me feel a whole range of emotions, which I think is a good sign.

Now we can finally move onto something other than the characters and the actors who played them. Ripper Street is kind of a hybrid of a formula show and those with a continuous narrative for their entire series run. For the most part, there was a new crime to be solved each week, but there were also a number of threads that ran through and connected each episode. I’m a fan of this approach because there is always something to bring you back to the next episode, but each week also has new life injected into it by the latest case the team are set to solve. What I also loved about the story is the fact that Jack the Ripper always seemed to have a presence. Ultimately, it was his crimes that haunted H Division, and gave Reid his motives, and so while the show was not directly about him, despite what the name suggests, The Ripper did have a very important part to play throughout the whole show.

Besides Ripper himself, there were other continuous threads that spanned the length of the series, and as far as I’m aware, none of them had happy endings, which I’m glad about because for life to have worked out to be a bed of roses for all the characters would not have been fitting for the show. Of course, having spent four or five seasons following these characters, when their time came it was a rough moment in the show. I think these ends were handled very well, and whilst different for each character, every one of them was brutal. For me, this showed perfectly the capabilities of the writers for the show, who clearly knew that they didn’t need to make every character a martyr for the audience to feel the full impact of their demise.

That being said, one thing I do think was butchered was the show’s finale, but even that comes with a caveat (and the story of how this show came to be so significant to me). Ripper Street came to end long before this fifth and final season was in the pipeline. After ratings dropped during season two, the BBC cancelled the show, and there was a huge outcry from the fans, including myself. Petitions were created, and letters were written (still perhaps the finest bit of writing I’ve ever done if I’m honest), and after realizing what a major c**k-up they had made, BBC looked to continue the show with another network in a co-production deal. Eventually, Amazon took the show on, and split the budget with the BBC, but the episodes released on Amazon had to be trimmed down before they were shown on TV so as to not disrupt the schedules. Ultimately this meant that that there were scenes cut from the version of the show that I’ve seen, which now brings me back to the series finale. According to Amazon subscribers, the final episode was cut to ribbons before being shown on TV, which is potentially why it felt as flat as it did, so I can’t completely attack it for that. However, I can say that had I been in charge of the writing and had decided to kill off all the other main characters, or take them out of the game in some way, Edmund Reid would also have been dead by the end of it. I wouldn’t have had him murdered, but he would have succumbed to some sort of illness or death by natural causes because come the series’ end, he had nothing left to live for, you know? His life’s work was more or less complete; the only thing left unfinished was the actual Jack the Ripper case, which I personally would have liked to have seen slowly cause him to lose his sanity, or compromise his health in some way that led to him dying. It just didn’t feel right that it finished the way it did, with him sat back at his desk without any of the people closest to him beside him.

Anyway, I think I should probably stop whittling on now, at 1,500 words I’ve taken up enough of your time and hardly scratched the surface of the show. I think I may do individual reviews of each season at some point in the future because there is so much more I’d like to cover, such as the different characters from season to season and the relationships between them all, the different stories that took hold and the wonderful sets and costumes as well. What I’ll say is if you have seen Ripper Street, get in touch and let me know what you think of it, and if you haven’t, please do give it a go. You might think there have been some spoilers here but I really don’t think they’d ruin the show at all. As you can probably see, I cannot recommend Ripper Street enough – it’s a show that grabbed me right at the start and never let go, and I think it is one of those shows that have shown the power of good TV and also the power of the fans, too. This was a fantastic show, and I’m sad to see it go, but I’ll never tire of re-watching the box sets, which is a true sign of the magic Ripper Street possesses. 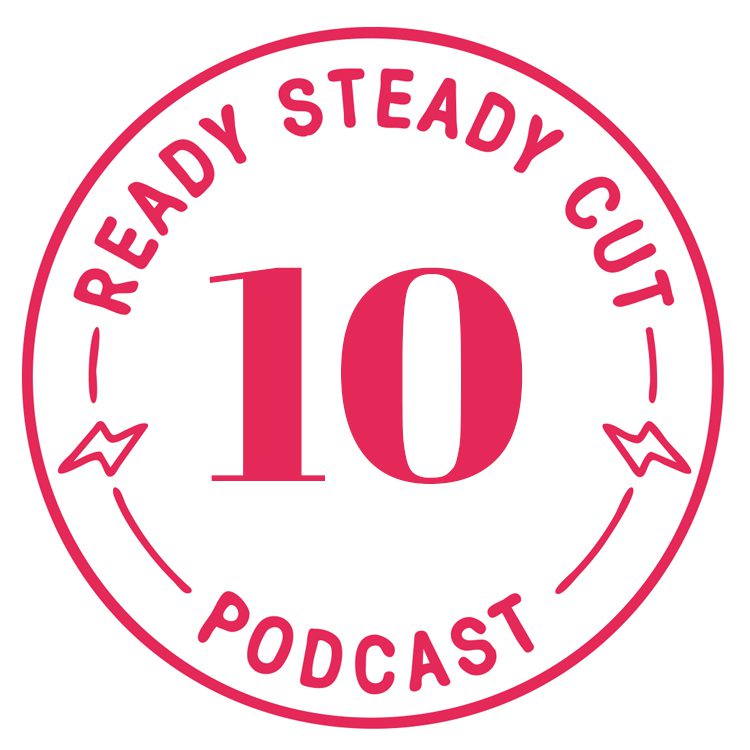