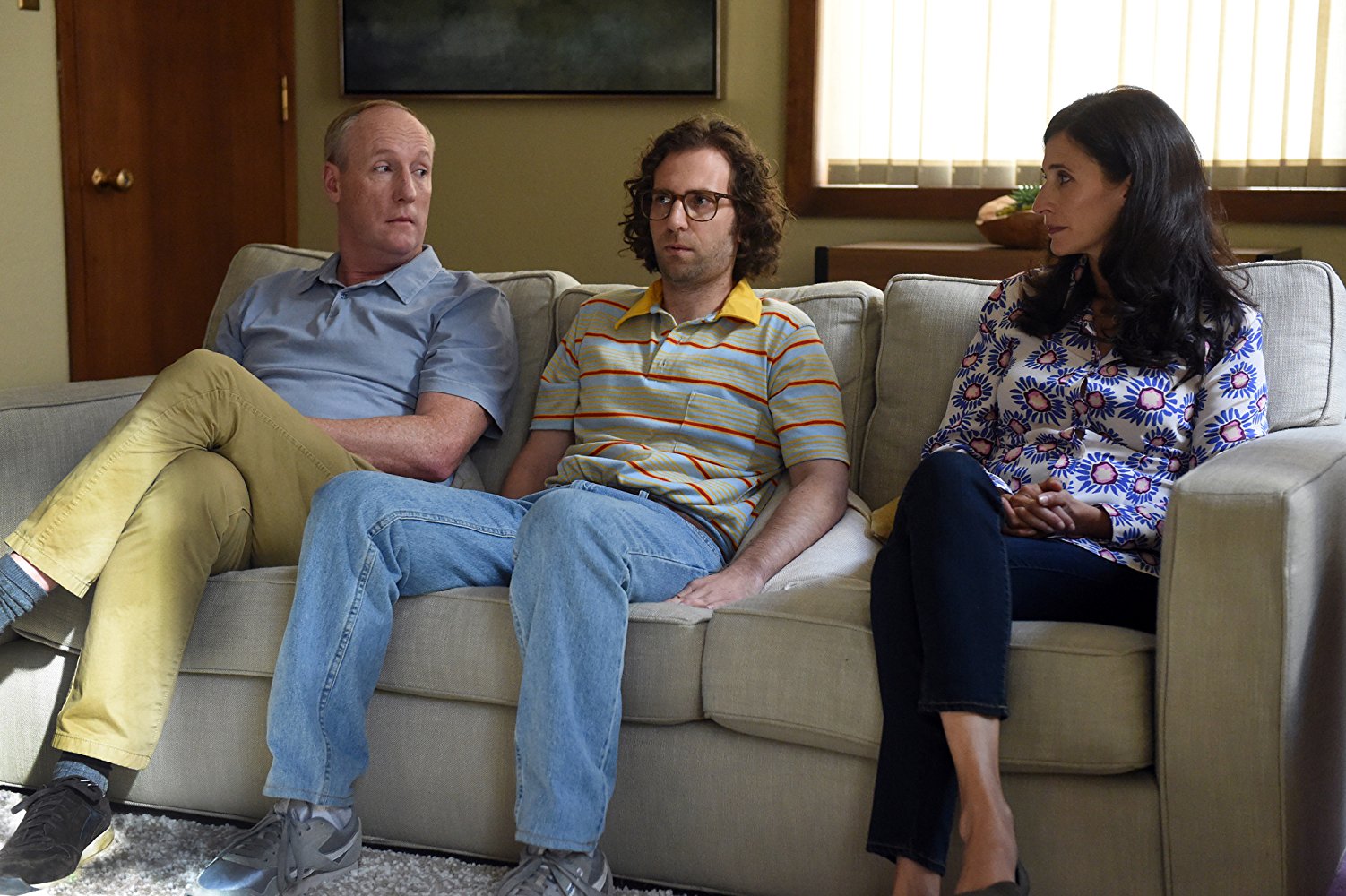 This is a film you may not have heard of (unless you follow what’s going on at Sundance) that came out in the USA in summer 2017, but hasn’t made it to the big screen in the UK yet (November 2017, at the time of writing). It sounds like it’s a kids’ film, but it isn’t. Looks like a daft comedy, but it isn’t. It has an indescribable style, a captivating lead and a memorable story.

What’s it about then?

Brigsby Bear is the story of James, who has such a sheltered upbringing that his only entertainment is one TV show: Brigsby Bear. When the show is unexpectedly cancelled, James is determined to film the ending himself.

Well, not all films have to be exciting. Drama is not so much about conflict in this film as the unfolding of James’ story; so there is much more to the plot than I’ve said, and that’s all I’m going to say about it. Any viewer will benefit from going in cold – like I did – and that’s why trailers and the IMDb description are deliberately sketchy.

This one is billed as a “comedy drama”, but the comedy is the sort with gentle humour (like BBC’s The Detectorists), rather than sarcastic, racy or hilarious humour. But after I saw it at the cinema Monday night, my smile lasted until morning.

The main character is played by Kyle Mooney, who also co-wrote the story. Mooney is known (primarily in the USA) for comedy work, featuring regularly on Saturday Night Live and other shows. But in this part, he acts utterly deadpan, giving him a very believable innocence and sincerity; he is expressive, in subtle, nuanced ways, and I would very happily watch any other future film Mooney features in. 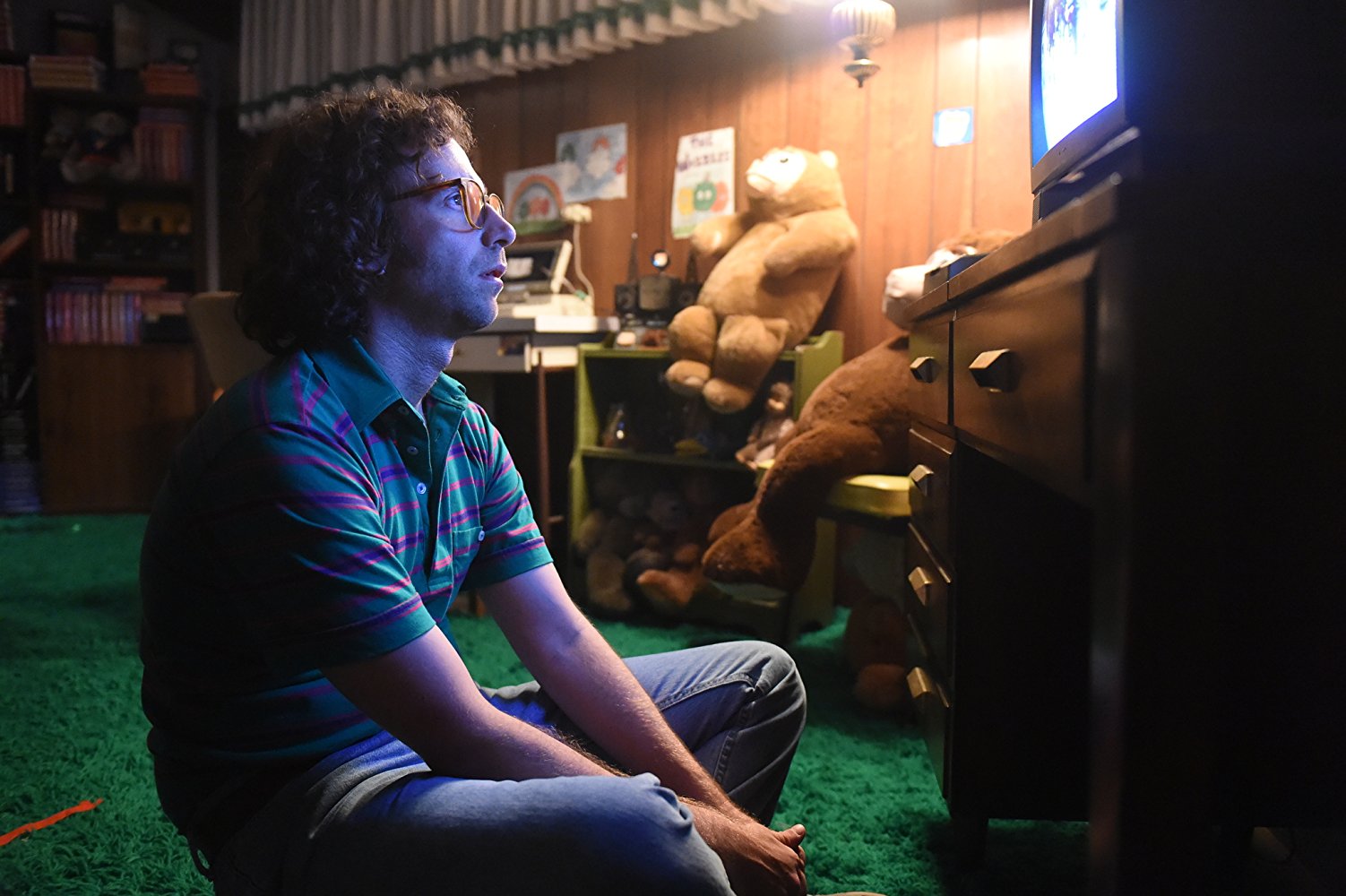 You’ll certainly have heard of some of the secondary cast… Mark Hamill’s in it! He has some adorable moments, really. Claire Danes, too, as a psychologist, who tries to steal the scene with her huge smile. And Greg Kinnear plays a lovely detective – yes, believe me.

And they all give the story the same sincerity as Mooney, backed up by a terrific supporting cast; the stand-outs to me being Ryan Simpkins as James’ sister and Jorge Lendeborg Jr. as a friend.

OK, starting to sound kind of chummy and wholesome.

Well yes, there are some modern moral themes – like self-determination, or the power of filmmaking for purposes of friendship – but there are plenty of surprises and dark undertones to balance things out.

This is a film which is neither simple nor superficial, though there are a few elements the writers gloss over; they probably made the right choice there, though. They focused on the story surrounding one central character, and peripheral side-plots didn’t get a look-in. There are elements you may have seen in other films, too (I’m biting my tongue from naming them, as I really want you to watch Brigsby Bear with no preconceptions), but not in the way they’re done here.

Worth mentioning the friendship thing again, though: the other co-writer was Mooney’s long-time friend, and looking back on the film, I think that shows. The progression of the story hangs together very nicely, like best mates, as do the characters. There’s nothing deep or complex about the plot; it’s the characters that make it, and they have depth and complexity that makes us feel like we know them.

Wasn’t there anything you didn’t like about Brigsby Bear?

The writers should have stuck to showing us James’ story, rather than giving us little glimpses inside his head with animated snippets; they felt stuck on, possibly because of how few there were, and because there was no narration or other character insight. They were nice, don’t get me wrong, but unnecessary.

Oh, and I would have very much liked to hear Hamill do more voices.

Go see it, definitely! But don’t decide to based on my scores alone below; stay open-minded. I’ve not given it a huge score for the plot for example because it doesn’t have much of a plot… but it doesn’t need one; the simplicity is fine.

But don’t read any more reviews first… Curiosity is an unnatural emotion.