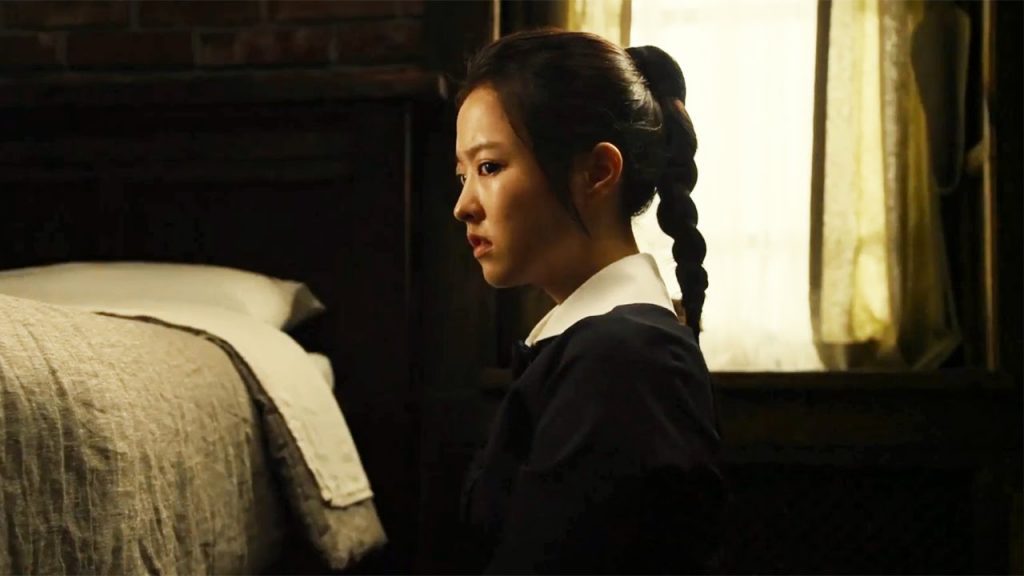 The Silenced is an atmospheric mystery about missing girls in a strict boarding school.

What, like Suspiria, Picnic at Hanging Rock, or St Trinian’s?

Good call, but forget those: this one is set in 1930’s Korea, at the time of the Japanese occupation. And it is utterly beautiful.

The film opens with a new girl, Shizuko (played by Won-Hee Go) arriving at Gyeongseonghakyoo School for the first time. The Headmistress (Ji-won Uhm) tells the rest of the cohort that Shizuko is unwell and will be taking treatments at the school, but this isn’t terribly unusual… all the students receive regular doses of vitamins and other supplements to keep them healthy. There is an almost military focus on bodily strength at this school and the Headmistress tells her students that two will be chosen to go to Tokyo, though it is never quite clear why they would go, or how they would be selected.

Kind of, but I don’t care: it’s beautiful. And I’m not just talking about the perfectly groomed cast; it’s the use of light, the set, the forest, the embroidery, everything… even the way they stand in formation, waiting for their meds.

OK, but now you sound weird…

Noted, but this isn’t about me. Besides, that other atmospheric 1930’s boarding school film, Cracks, was also utterly beautiful wasn’t it? Maybe it’s something about that kind of setting…

Anyway, the mystery: initially, it’s about a girl that has left the school abruptly a little while before the story starts; and – as it happens – she looked like Shizuko and indeed had the same name, so some of the resentment towards this departure is presented as bullying towards the new, weak girl. 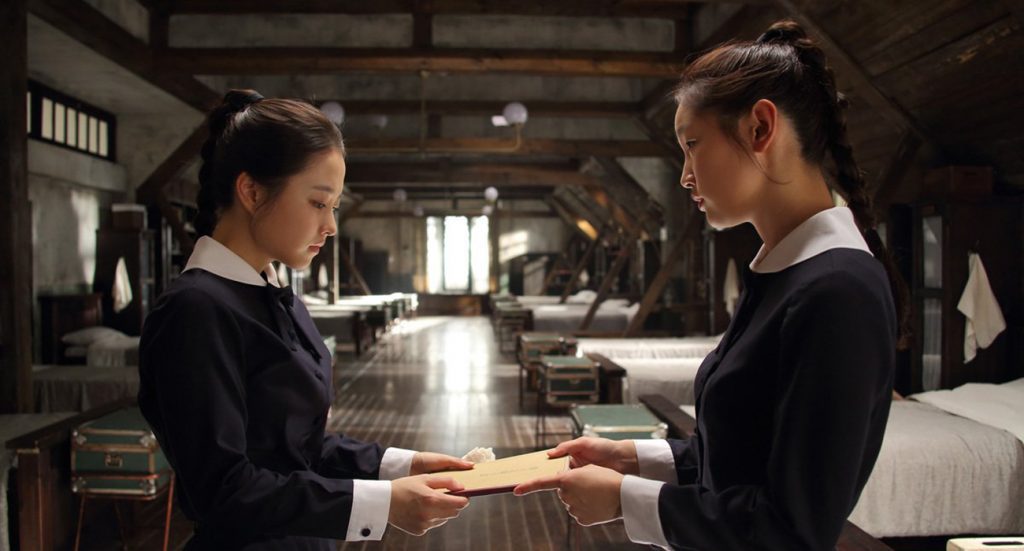 Of course, a Korean horror film

More a creepy mystery, in my opinion. There are elements of horror, and some of the accepted tropes of supernatural thrillers, but this is not all violence or screaming from the start. I think a good deal of the purpose behind those horror elements is to make the viewer comfortable that they know what they’re letting themselves in for. At least until the next corner is turned. The direction the story takes is not predictable (there are some clues if you observe carefully, though), the tension really works, and the ending – whether it catches you by surprise or not – is certainly satisfying!

Korean horror films – although probably notorious for violence – are actually as varied as, say, British comedy films: if you turned your nose up at Life of Brian you might still love Kevin and Perry Go Large (each to their own). Likewise, people familiar with Korean horror films like Tale of Two Sisters might find The Host or Train to Busan flippant in comparison. This one is different: sombre and thoughtful, with an almost sonnet structure.

Well if it’s that great, why haven’t I heard of it?

I don’t think The Silenced had cinema release outside of Asia; I’ve certainly not found any other reviews from the UK or USA. To be honest, I think the film probably surprised the Korean film industry, too, as Hae-yeong Lee had not made anything like this before; not to mention the difficulty in presenting that particular part of their national history. The film was noticed though. Several of the cast won awards in Korea, as did the technical aspects of the film.

Anyway, you’ve heard of it now: and it can be found on Netflix in the UK.

So why is it called The Silenced?

If you find yourself rooting for outcasts like Carrie, watch it. Or if you love stylised Asian cinema like Crouching Tiger, Hidden Dragon, watch it.

If your favourite is Kevin and Perry, this might not be the best Korean horror to start with; go for something with more humour (but equally good), like Train to Busan.