Do you believe in Bigfoot?

That’s the question you should ask yourself before watching documentary Discovering Bigfoot. If you believe in the Sasquatch species then you will enjoy this home-made looking documentary. If you do not believe in the giant, simian-like creature then this documentary will not bring you further forward to believing in the American folklore. You are more likely to laugh, mock and shake your head in disbelief.

Okay, I will drop the sarcasm momentarily. Filmmaker and researcher Todd Standing goes on day and night trails through the forests of the Pacific Northwest to prove Bigfoot’s existence. Many have tried and failed. Todd makes it known to the audience that the people he has cooperated with have gained PhDs and respect in their respective fields. In fact, he spends the first five minutes of this documentary narrating over environments whilst going down rivers and reliving his days when he was in scouts.

Did he prove that Bigfoot exists?

Despite the amateurish production of this documentary, there is an effort from Todd to try and sway our opinion. There are moments where he tries to prove that his apples have been stolen… by a Bigfoot. He even brings out a sceptic, who he uncomfortably puts pressure on to try and bring him on his side. The sceptic is a professor so he is understandably polite, but does not want to endorse the research of Bigfoot. That’s obvious. Discovering Bigfoot is a fanboy’s documentary made by a fanboy.

As part of the build-up to the release of Discovering Bigfoot the tagline was “you will feel the fear”. Promotional materials also told you to expect a “terrifying altercation”. You get neither of these. You see an altercation. One where his camera drops and you do not see anything – he claims a bigfoot hit him over his head with a log. There is also footage where he zooms into multiple faces that look like Bigfoot.

Oh, so he does find the species in Discovering Bigfoot?

Apparently so. Apparently, after years of nobody managing to prove their existence, after years of believers claiming they are intelligent and adaptive creatures, Todd manages to zoom in on multiple faces in broad daylight. I mean, by definition if they are as big as people say, you should be able to anyway.

So you do not believe in Todd Standing’s findings?

No. I mean bless his little soul. There is no way I could have taken this documentary seriously. Watching him try and prove that dead trees were smashed down by Bigfoot was amusing at first but then felt slightly immature.

The problem is, the entire documentary is in the wild. The noises, the coincidences, the footprints, the stolen apples and the broken dead trees; this happens in the wild, doesn’t it? He never considers once that the experiences he is having could be another animal. This is a man living out a fantasy that he believes. 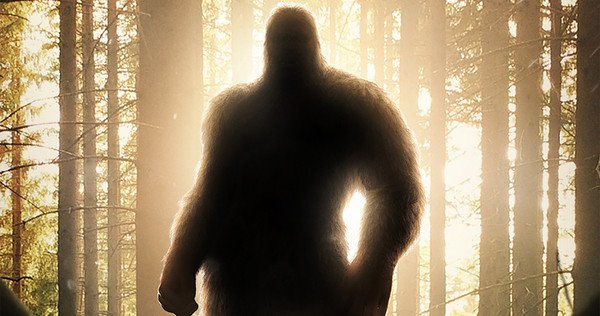 What if he is right?

If he was right then surely his research would secure better funding for a better documentary. Surely this Discovering Bigfoot would have been a pretty big deal before release.

You will feel the fear.