Your Name (Kimi no na wa) 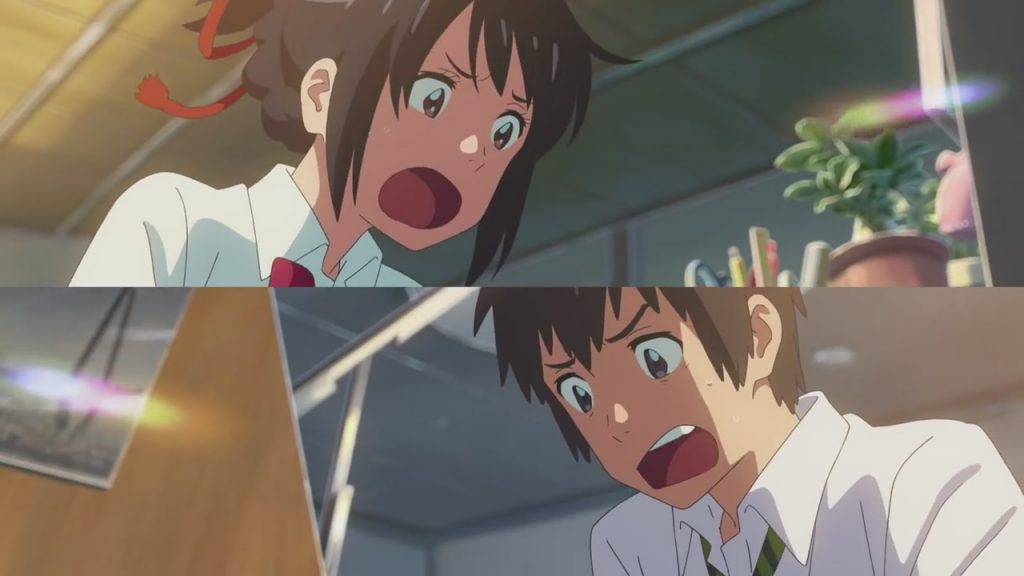 Your Name is a Japanese animated fantasy; humorous, romantic, captivating and utterly beautiful.

It starts off as a light body-swap comedy… And then about a third of the way through, the tone of the story changes and the scope opens right up, unexpectedly.

Your Name is not a Studio Ghibli anime, but just as good as the best of them.

So it’s a body-swap comedy like Freaky Friday, or something?

Might sound odd, but the body swap thing itself is not the main focus: it’s a device for a story that expands into finding a soulmate and the human impact of a disaster. Really! Watch it, you’ll see.

Taki (a young city guy, voiced by Ryûnosuke Kamiki) and Mitsuha (a country girl, voiced by Mone Kamishiraishi) find that when they dream they sometimes get to experience the other’s life. At first, it does seem just like a dream, but they soon put two and two together, and work out that they really are in each other’s bodies during that period. It all gets rather interesting when something bad happens in Mitsuha’s town, which means the switching ceases… But Taki has grown fond of her – albeit from a distance – and becomes determined to help. 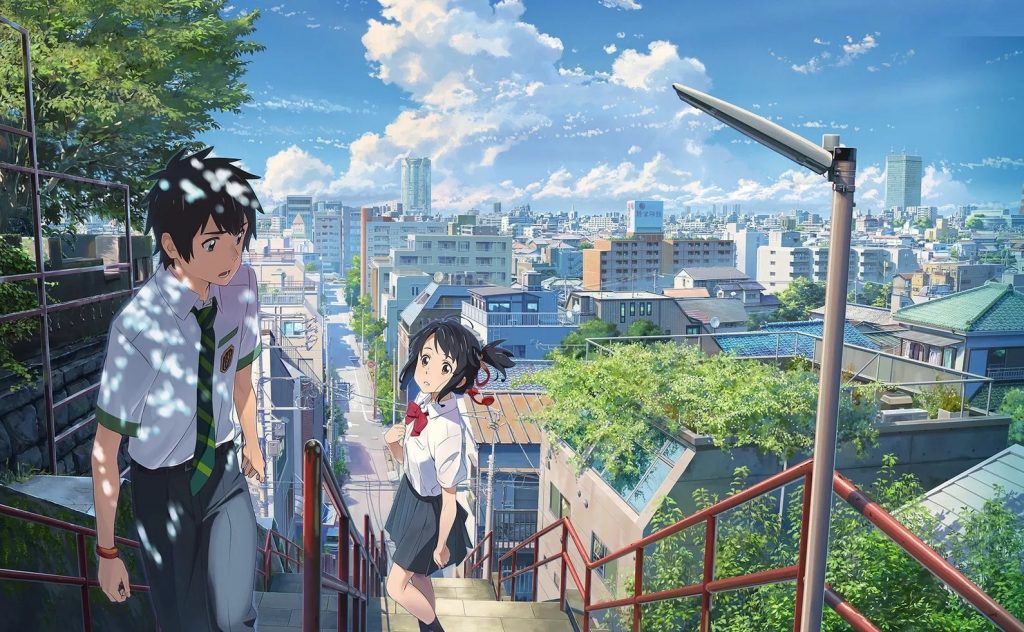 You’re right, you can’t always tell with animation; and the 12a just means there’s nothing inappropriate for kids, but not that it’s truly meant for them, as such.

In this case, it’s not terribly clear-cut who the intended audience is, and actually that’s the film’s main flaw: It’s a little too sophisticated for children to watch without asking questions, but the treatment of opposite-genered bodies in the swap is so pedestrian (the jokes no more raunchy than those in Jumanji: Welcome to the Jungle) that it surely wasn’t written for adults.

Maybe the pop music soundtrack indicates Your Name was written for adolescents (indeed, the teenage issues are dealt with in a similar style – though not quite as much depth – as in The Girl Who Leapt Through Time, which almost certainly was written with adolescents in mind) or maybe it’s for everyone; it may have found a market in this country a bit more easily if that was clear. That said, my son (aged ten) and I loved it for the same reasons: captivating story, humorous and emotional writing, and animation – nay, art! – you can get swept away in.

It is… Indeed when I asked my son why he liked it, that was the word he used: “because of the fabulous animation,” he said. “Good story, and it was funny too, but mostly the animation.”

For a lot of the time, the animation wasn’t just beautiful, but also strikingly realistic; yet I couldn’t have known just how realistic until I read an article when I was preparing this review. It turns out some of the specific real-life locations are very clearly identifiable from their animated counterparts. I guess this helps Japanese viewers relate to the story if they can imagine being there: in contrast, it made me want to go there, as I got sucked into the story straight away. 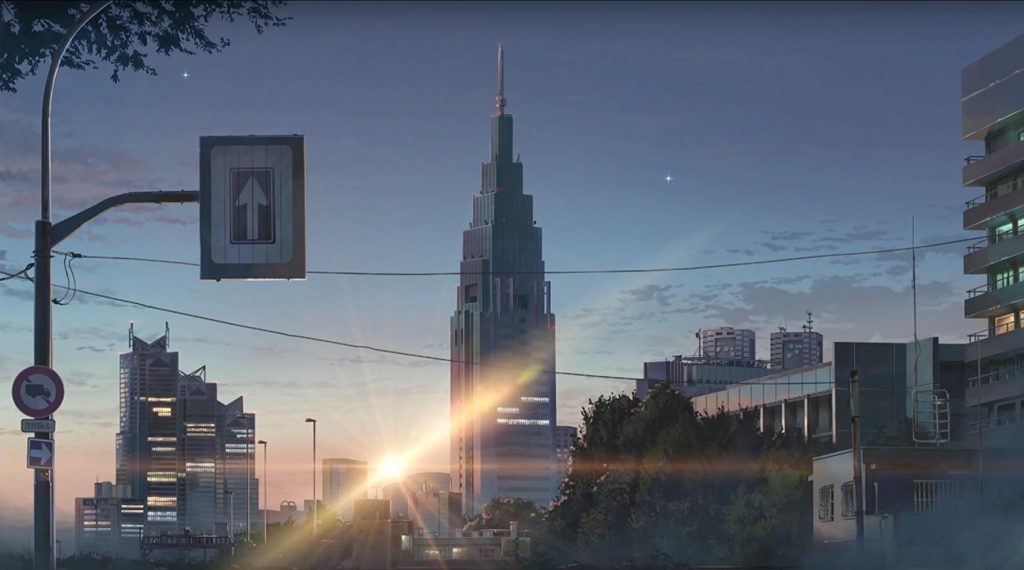 So I guess it was popular in Japan, if the filmmaker got all that right?

Not half! Your Name brought in more than 10 billion yen at the box office, which is a first for any non-Studio Ghibli animation. Not only that but the theme song by Radwimps (a four-member pop band) “Zenzenzense (movie ver.)” was confirmed as 2017’s most sung anime song karaoke!

And get this: JJ Abrams has committed to a live-action remake…

I know: let’s hope this one is done with more sensitivity than Ghost in the Shell, not to mention Death Note. And don’t get me started on The Ring!

And in case Mr. Abrams is reading this (or one of the staff he listens to; that would do), there’s a lot more to cultural sensitivity than just the ethnic background of the characters and cast… I’m thinking of two particular areas in the case of Your Name:

So, Mr. Abrams: please tread carefully. Makoto Shinkai deserves to have his reputation still intact when his name becomes more well known to Western audiences. He’s already wary of the number of people that have seen this film and had apparently said – out of modesty – that he doesn’t want Miyazake to see Your Name, because of its flaws. Please don’t make him regret making such a powerful film. 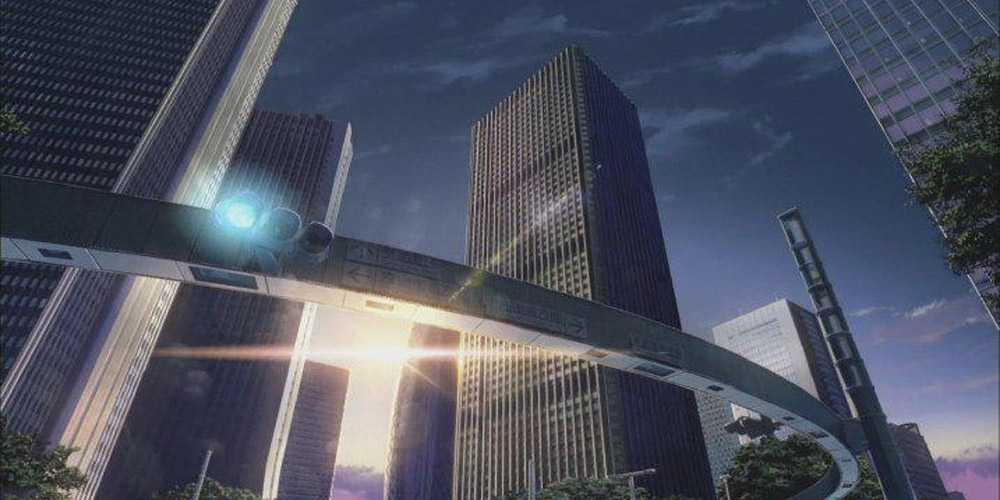 Whatever your tastes or interests, if you have access to Amazon Prime, watch Your Name. If you have an issue with subtitles, the dubbed version is perfectly fine.

Please watch it, and – whether you’re new to anime or not – there will be lots to enjoy and appreciate; and it may well open you up to other films you wouldn’t normally consider.

I’ll be watching out for more Shinkai films becoming available over here.