Truth or Dare is a supernatural horror/thriller about a group of teen friends who find that the game they played while on break has followed them home and trapped them into playing with fatal stakes. It was directed by Jeff Wadlow, and stars Lucy Hale, Tyler Posey, and Violett Beane.

Truth or Dare is a supernatural horror/thriller about a group of teen friends who find that the game they played while on break has followed them home and trapped them into playing with fatal stakes. It was directed by Jeff Wadlow, and stars Lucy Hale, Tyler Posey, and Violett Beane.


The trailer has been everywhere, so I have no doubt you’re familiar with the scenario. A group of college friends and acquaintances spend their last spring break partying at a nondescript resort in Mexico. On their last night, Olivia pulls a handsome stranger, who coerces the group into playing truth or dare at the site of a ruined mission. Secrets and bitchy undertones start to emerge, the stranger creeps them out, and the holiday concludes on a sour note. But once home, spooky voices and weird imaginings keep raising the question: “Truth or dare?” And Olivia and the others soon realise that they have to keep playing that game or suffer horrific consequences.

What gossip will they face? What shocking acts will they perform? And how does the game end, anyway?

Here’s the thing: I really didn’t want to write this review. Basically, the story and quality of writing in Truth or Dare were inconsistent and patchy; and as if to prove that, I thought the film was alright while I was watching it, and then struggled to remember it straight after. So anyway, let’s not have that struggle go to waste. 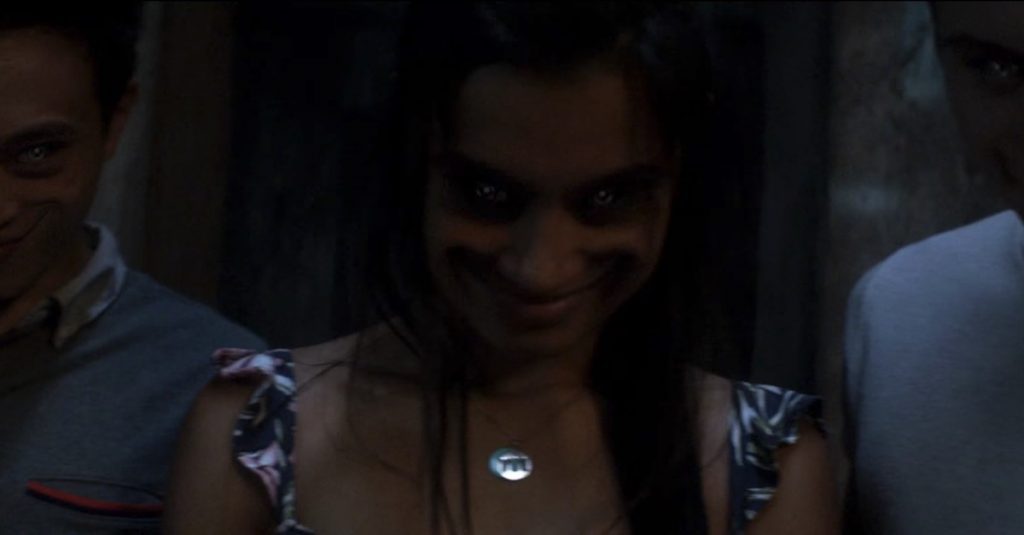 The teenagers are the spoilt, oversexed type beloved by countless horror films and parodied by Cabin in the Woods; but a little more two-dimensional and shallow than average. The acting is competent, though the roles are largely undemanding; none of the cast stood out particularly.

The direction was good, with the developing tension working just fine; indeed I am kind of surprised I’d not heard of Jeff Wadlow before. But then he was able to own the direction; whereas the writing and production were seemingly done by committee. The moments and whole scenes of poor writing especially spoilt that tension; which is a rotten shame, as some aspects were clearly well thought out. Let me see if I can expand without giving away too much of the story.

The Big Bad in Truth or Dare is an invisible presence manipulating and taking advantage of the main characters, rather than a villain. So just like in Final Destination, the horror is in violence they do to themselves or each other, sometimes by elaborate and/or brutal accident. Once the scene is set, the first two thirds of the film have the group playing their turns and taking some nasty risks. I went in expecting one clichéd violent accident after another, but was pleased to see that not every participant in the game automatically had to die; the friends were able to look out for each other (when it suited them) to varying degrees of success, so that prevented the film from becoming wholly predictable. And there were several little twists and turns about the rules of the game, its background and the players, which served to keep the audience paying attention, though I’m aware some audience members found those minor twists contrived. 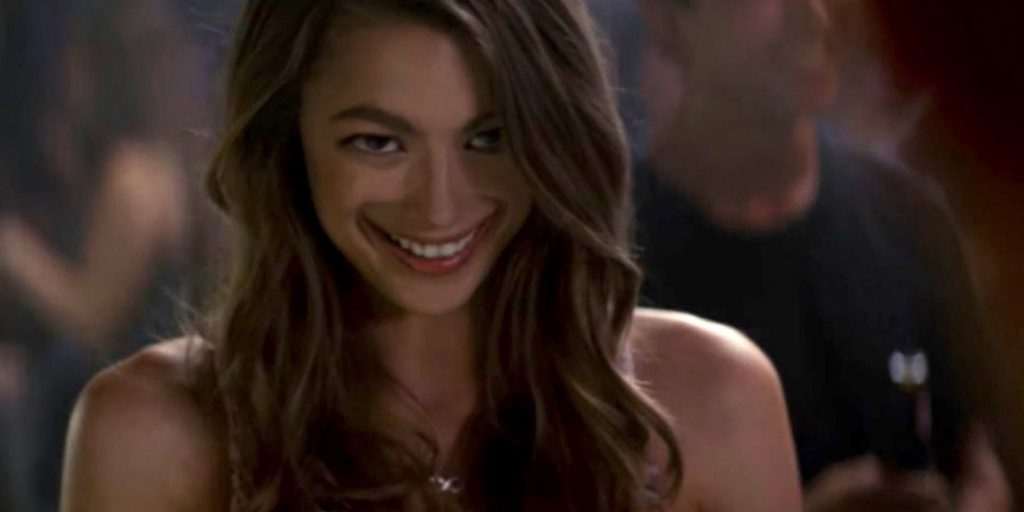 The last third then took the plot in a different direction, although the game still continued… a Nancy Drew-type quest to solve the mystery of the evil game and find a way out of its spell. Which again was great, and kept the audience engaged (I would comment on it being a far-fetched solution, but the initial premise was anyway.) But that really didn’t compensate for the daft moments, the cheap-looking twisted “smiles”, the whining, callous brats, the hasty conclusion. The story had promise, the director and cast did good jobs, but too many cooks did the writing, and I don’t think they could be arsed to collaborate properly.

Go and watch it if you want; if you’ve already seen everything else on offer. But it’s tiresome. Blumhouse Studios seems to have stopped trying, which is the wrong move to make: it can ruin a reputation made for them by such fine examples of modern horror as Insidious, Get Out and Paranormal Activity. I can understand someone watching Truth or Dare for the mouth-watering Violett Beane; but buy a poster instead. It will last longer. And if you want to watch some entertaining and imaginative killings, I can recommend the Thai film 13 Game of Death (or even the American remake, 13 Sins).