The Black Gloves is a 1940’s-style horror thriller about a psychologist and his ballet star patient. It was written by Sarah Daly and directed by Lawrie Brewster, and stars Macarena Gómez, Jamie Scott Gordon, Alexandra Nicole Hulme… and the Owlman.

The Black Gloves is a 1940’s-style horror thriller about a psychologist and his ballet star patient. It was written by Sarah Daly and directed by Lawrie Brewster, and stars Macarena Gómez, Jamie Scott Gordon, Alexandra Nicole Hulme… and the Owlman.

In The Black Gloves, Dr. Finn Galloway (Jamie Scott-Gordon), hurting from the sudden death of a young patient, discovers that he may be able to help a traumatized ballet star (Alexandra Nicole Hulme). She has been living in an out-of-the-way Scottish mansion with her instructor (Macarena Gómez) since a fire destroyed the theatre where she was performing Swan Lake, and it turns out that both patients share a similar fixation with a frightening and mysterious figure known as the Owlman.

The Owlman has cropped up before in Lord of Tears, an earlier film by the same director and writer. And word has it he will appear again, in the team’s next project. But The Black Gloves stands on its own; each film has a quite separate plot and indeed a different genre. The Owlman doesn’t do much, but is a sinister, looming presence, almost as if the Slenderman originated in ancient folk legends.

The tallest man I’ve ever seen, with long, long arms, not hands but claws; and his face! Those enormous black eyes!

The other characters are simply drawn but in bold, clear strokes. Dr. Galloway is a prim and conservative young man (and I don’t think he’s as good a doctor as he thinks he is) who could have been quite at home in an M R James story, and he’s played very carefully by Scott-Gordon. For most of the story Elisa, the ballerina, appears spellbound, dancing like a doll in a music box or simply sitting, with very occasional outbursts. The gloved hands of Lorena Valesco, Elisa’s ballet teacher, have a firm hold on her for sure, but is that hold a protective one, as Valesco knows all too well of her charge’s trauma, or is it a grip that stifles and manipulates? Dr. Galloway steadily finds it difficult to know exactly what to rescue poor Elisa from – the trauma, the Owlman, or her domineering instructor. Indeed he reminds me of Sergeant Howie of The Wicker Man, because of the way he rapidly falls out of his depth. 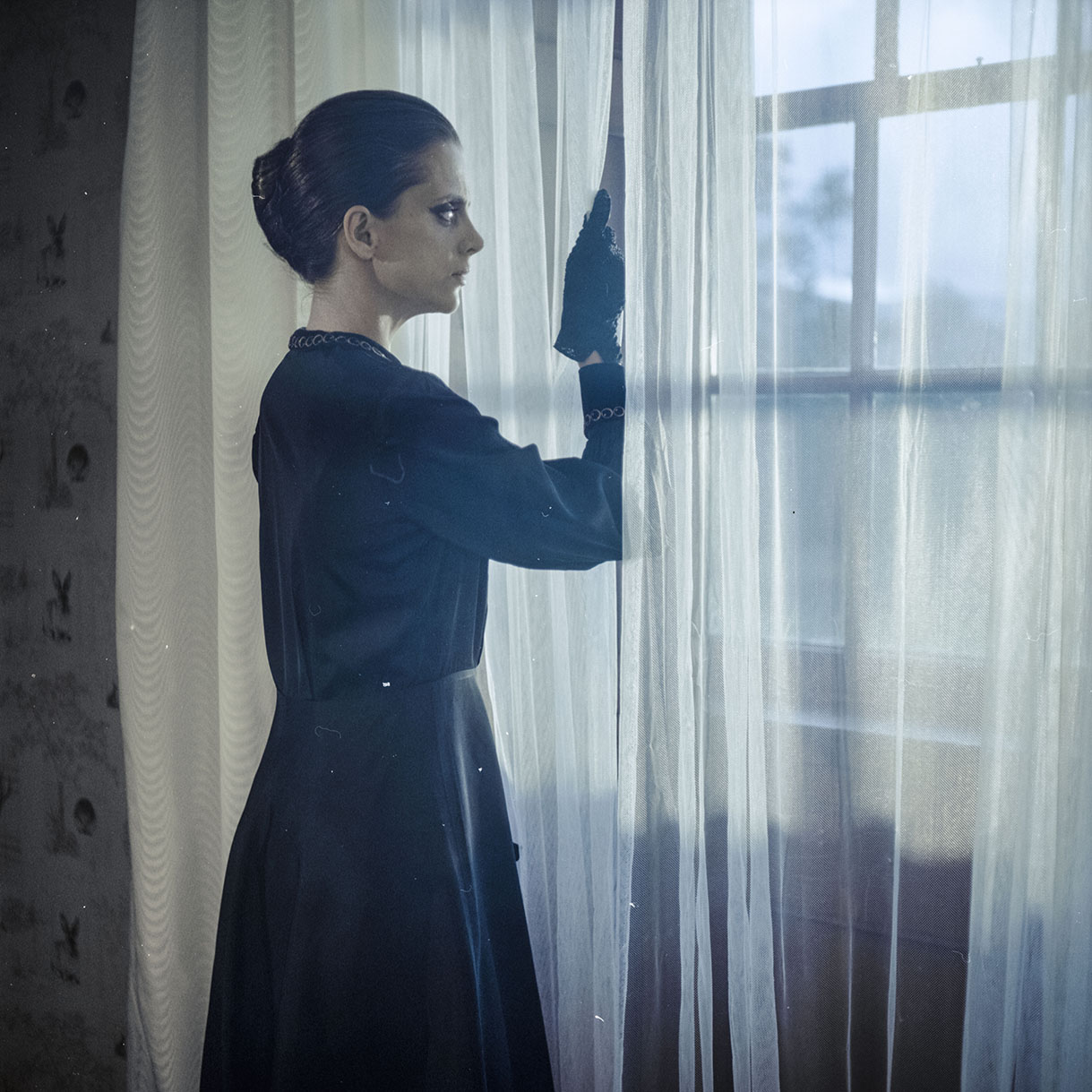 Are you getting a sense of melodrama here? Yes! Lawrie Brewster’s direction seems to relish nostalgic melodrama, like early Hitchcock with the dial turned up to “theatrical”. There are plenty of long perspective shots with emphatic lighting; some scenes paired with frenetic violin music, and others with a more subtle score. And constant slight (sometimes not so slight) exaggeration is just what the story calls for; you can tell Brewster and his writer, Sarah Daly, worked closely together on this film.

The writing mirrors the 1940’s style, with superior quotable men keen on either rescuing or sneering at the female characters, and the women shrieking… albeit en route to holding their own. 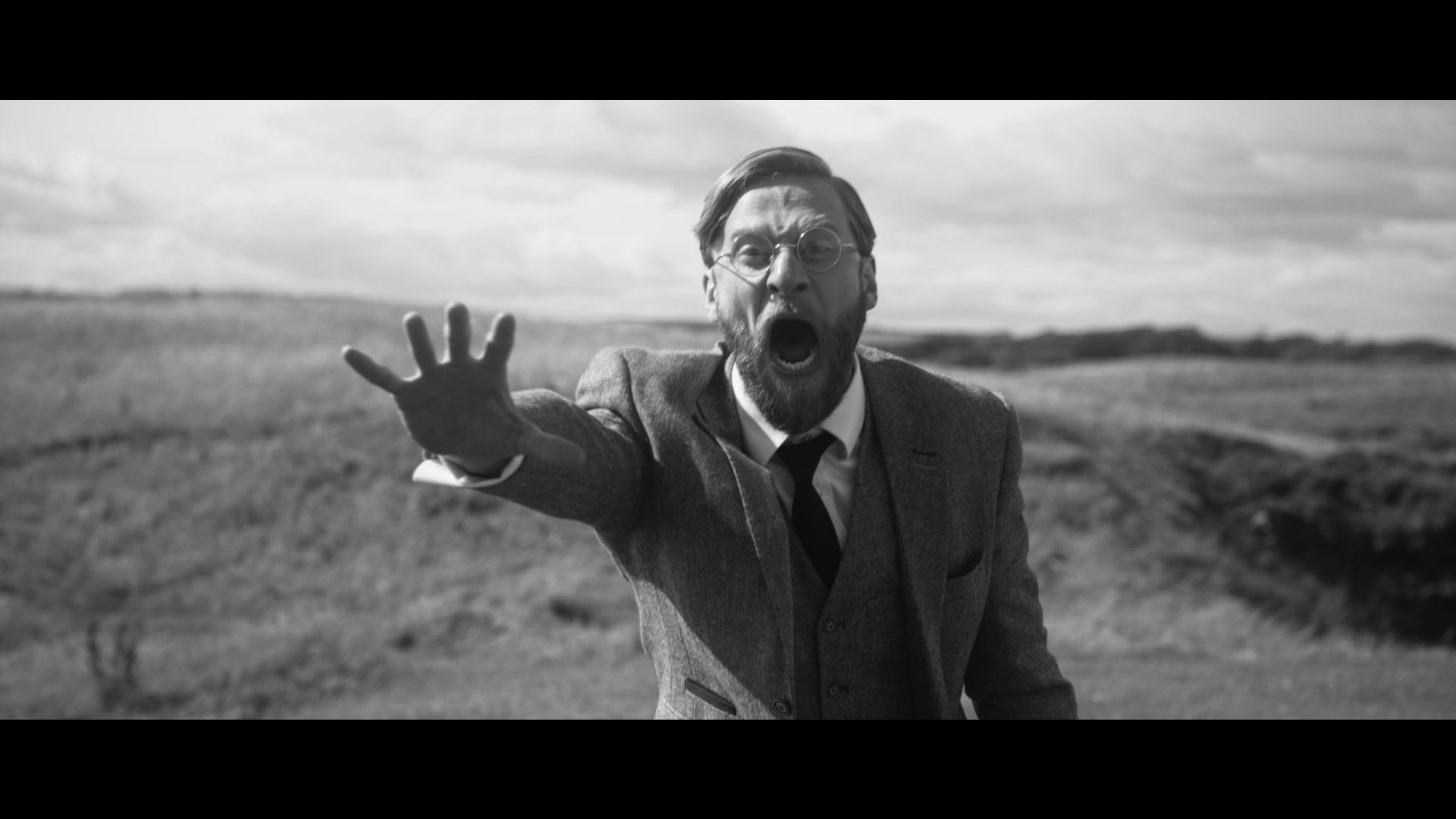 I had seen one Brewster/Daly film before: The Unkindness of Ravens (also starring Jamie Scott-Gordon), at the Triple Six Film Festival in 2017. I’m sorry to say I didn’t enjoy that one. It could have been because the subject matter or the quality/style of Scott-Gordon’s acting was not to my taste: in that film as well as The Black Gloves he shows little subtlety, which I took to be the sign of a less than average actor the first time I saw him. In this film, however, that quality (deliberate or not I cannot say) fits neatly. Indeed his overacting does seem subtle this time in comparison with Macarena Gómez, who summoned in me visions of Isabella Rossellini starring in Suspiria.

Overall, the precise direction along with the sharp writing and cinematography make this film worth watching; especially if you have a fondness for cinematic nostalgia. If you like it, the team is currently raising Kickstarter funding for a new film, with rewards that include an Owlman plush toy and “cursed doll” props. I wouldn’t say no to either of those.