When a father discovers he has a superpower, he attempts to save his estranged daughter from getting evicted from her small town by an empire property developer.

When a father discovers he has a superpower, he attempts to save his estranged daughter from getting evicted from her small town by an empire property developer.

Netflix film Psychokinesis / ??  reveals itself with a montage of news clips celebrating a young entrepreneur who has become locally famous for making outstanding fried chicken. I did wonder where the story was going because it never really references it for most of the film, which irritated a little because I found myself hungry, and I yearned for fried chicken.

There is a tiny significance to the opening. The young entrepreneur girl Shin Roo-mi lives in a neighborhood with her mother that is subject to multiple demolitions by an empire property developer. Of course, that means the dream of offering fried chicken to the prying locals is almost over. Shin Roo-mi tries to resist the violent construction workers that leads to the death of her mother. Meanwhile elsewhere, her irresponsible father Shin Seok-heon is drinking spring water, unbeknownst to him that he is consuming a special power. This is where Psychokinesis becomes the film it wants to be, it just had to form a bizarre story to justify a middle-aged man suddenly able to lift objects by force – infected meteorite spring water. 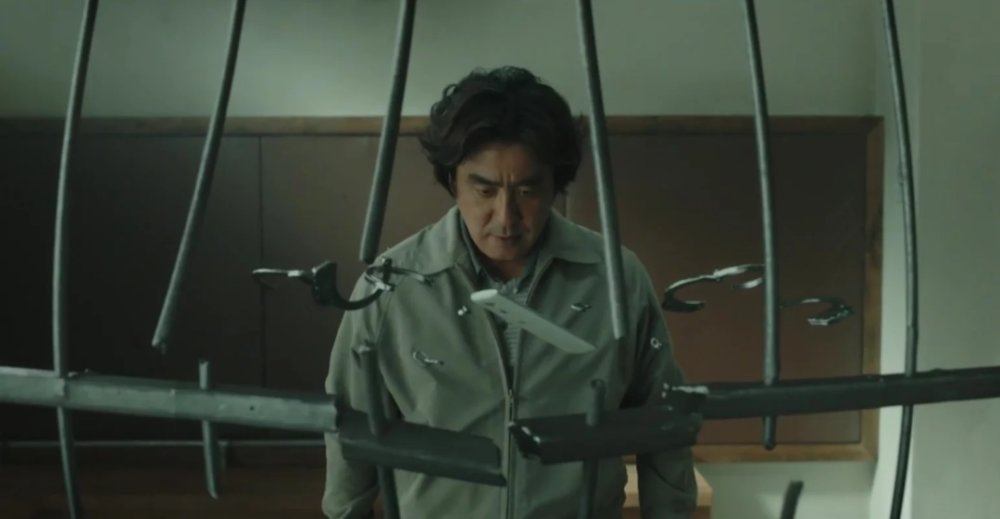 There is more to the Netflix film than a hated father able to move objects with this mind, which by the way looks like he is having a s**t every time he uses his power. Due to the passing of Shin Roo-mi’s mother, he attempts to reconcile with his daughter, and he thinks by showing his power he will impress, but of course, years of “absent dad” is not going to be fixed by playing magic tricks. Ultimately Psychokinesis is a movie that nibbles around the edges of an upcoming town superhero, desperately trying to save his daughter from getting arrested as she continues to resist the construction company’s aggressive ways to remove her and the locals from the small town, who are now classed as squatters. Unfortunately, Psychokinesis does not have the similar appeal to a local superhero like Spider-Man: Homecoming, it is more of a one-off Hancock if anything.

In the early phases of Psychokinesis you are entertained by Shin Seok-heon’s progressiveness with his newfound powers. He effortlessly, whilst maintaining his scrunched up face, throws cops and constructions workers around – he is almost invincible in terms of the constructs of this story. There are minute hints that his powers are a detriment to his health (maybe constipation) but these are among multiple themes that are thrown into this South Korean action drama that do not gather pace. 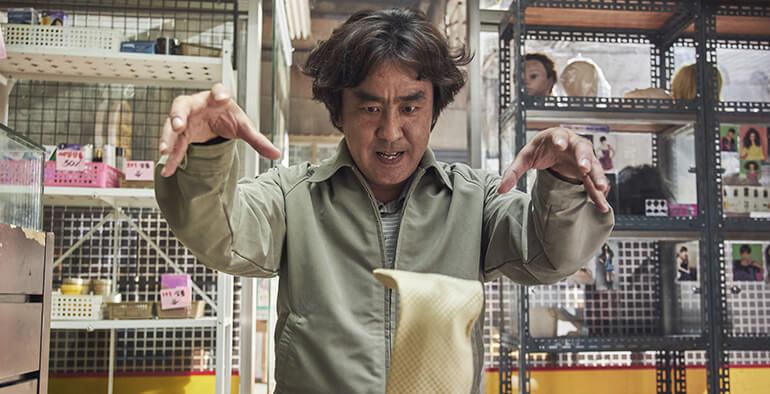 The Netflix film’s main message is abundantly clear. There is an almighty dig at corporations who believe they have the authority to remove communities, which in turn destroys the livelihood of the people. The resistance is almost reminiscent of the final acts of Les Misérables (2012) except it is modern, South Korean, and there is no ghastly singing. The father-daughter relationship represents a common problem in parenting, where slight actions do not overcome the symptom; amounting to be a father at times of need is not a justifiable way to reconnect, and that theory is apparent at his first attempts to do so. The parenthood problem is a strong story arc in Psychokinesis and is just as prevalent as the father able to move any object around and defeat any opponent that comes his way.

This is not a bad film, nor is it close to outstanding. You will be left wishing that they picked their stronger themes and allowed it to flow from there. Then again, I do not believe this movie was made to form a groundbreaking trilogy, that would be absurd. This is your run-of-the-mill generic superhero movie that does not reside in a particular universe and has all the bearings of a one-off, entertaining film. I enjoyed Psychokinesis / ??  but I doubt I will ever remember it.