Suits returns with season 8 episode 1, “Right-Hand Man”. The chips are on the table, with Harvey Specter and Robert Zane battling over the firm whilst Louis deals with HR politics in an impactful episode to open up the season.

Suits returns with season 8 episode 1, “Right-Hand Man”. The chips are on the table, with Harvey Specter and Robert Zane battling over the firm whilst Louis deals with HR politics in an impactful episode to open up the season.

God, I have missed this. Suits season 8 episode 1, “Right-Hand Man”, arrived quicker to Netflix than expected. Since the finale of season 7, Meghan Markle has become the Duchess of Sussex. For the rest of her life, she will never have to do any house chore again. As part of her marriage to Prince Harry, she will probably never grace any studio set. Instead, she will be attending events and be shaking hands, a lot. To be fair, the latter will probably increase her life expectancy due to the relaxed nature of her life. Anyway, due to Royal loyalties, the character Rachel Zane, for all intents and purposes, is dead. Of course, she will be mentioned; we will receive a flimsy update about how she is loving married life with Mike in order for the narrative to hold a continuation.

Talking of Mike, this is the first season where he will not be present. I have not heard much about whether he will return. Unfortunately, since his prison ordeal, his character became ludicrously ineffective and “Right-Hand Man” proved that he will not be as missed as much as we would have liked. Suits season 8 episode 1 begins immediately after the wedding, with Harvey Specter and Robert Zane chinwagging over the firm, sipping whiskey like rich lawyers always seem to do on this show. “Right-Hand Man” proves that Robert Zane saving the firm in the season 7 finale was just a prerequisite to the power struggle that was to come. The majority of the opening episode of season 8 is Harvey and Robert Zane trying to out-muscle each other to be the honorable leader of the firm. 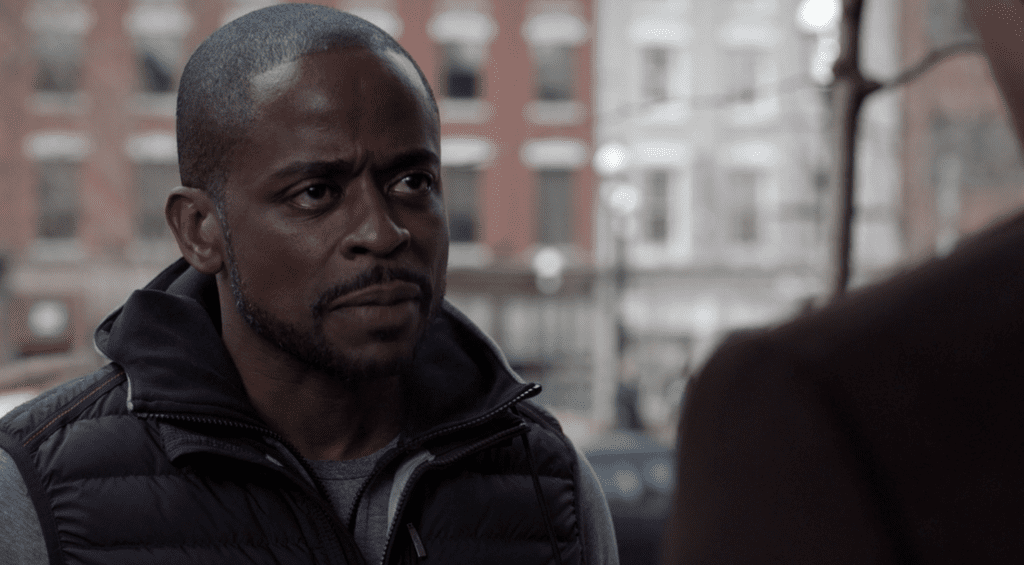 The title “Right-Hand Man” is used to demonstrate how both characters use acquaintances to play out the cold war. Donna advises Harvey not battle with Robert directly and her advice was more of a wishful compromise than a suggestion.

Harvey decides to use Alex to play out this war against Robert’s right-hand man. Harvey wins the battle but ultimately loses the war, as he gets heavily involved, proving to the firm that Robert is a true leader. This concession felt wild, as Harvey has wanted to lead the firm since season 1. However, the writers have constructed this idea that he preferred it when he was hunting rather than getting hunted at the top of the building. I buy it and I am sold for now. There is also the fact that he doesn’t have his obligatory right-hand man Mike anymore, and the emotional look in his eyes confirms that he will suffer from separation in season 8. They will have to play out the pain of practically losing a family member, but I hope this story is not drawn out aggressively until the finale.

It didn’t take long for Louis Litt to blow his lid in season 8 after he tasks Katrina to compile a list of the lowest-performing interns based on metrics. When he realizes Brian is in the bottom 10, he asks Katrina to manipulate the data so the firm keeps him. I wondered if Louis would calm down since he is now with the love of his life, but apparently not. Donna saves the day again, bridging both Louis and Katrina together to review the metrics and look at the data from a qualitative perspective rather than just a quantitative. The torch well and truly seems to have passed to Katrina, since Rachel has left the firm.

As Suits season 8 episode 1 drew to a conclusive close, I kind of wish I had a Donna in my life who always gave the correct advice, and weighed up all the elements in such a balanced fashion. The one remaining unrealistic story in Suits at present is Harvey not grabbing the chance to form a relationship with this woman. As Rachel and Mike’s curtains come to rushed close, a new one opens, but this time it is Robert Zane at the top of the famous firm, with Harvey back in his comfort zone, sipping whiskey, suppressing any emotion and back again to get the job done. Suits season 8 may be what we needed, without the burden of Mike and Rachel.