Continuing directly after the end of the first season, Ozark Season 2 examines the consequences of that story for everyone concerned. Happy families FTW.

Continuing directly after the end of the first season, Ozark Season 2 examines the consequences of that story for everyone concerned. Happy families FTW.

Note: this review of Ozark Season 2 is based on the three episodes we were provided for review, and may be updated following the season’s official air date.

I was a bit late to the party with Ozark, but when I started watching the first season a few months ago, it was very difficult to stop. The characters were very believable and the situations they found themselves in led to a very intelligent plot with many unpredictable and exciting elements.

I’ll assume you’ve seen Ozark Season 1, so won’t fill you in on the complete story so far; but if you haven’t seen it, close this review, get yourself a flask of coffee and a takeaway menu and open Netflix. Brief spoilers will follow.

For those of you who watched it a few months ago or more though, a quick recap might be handy: Marty Byrde (Jason Bateman) turned out to be so effective at what he was doing for the Mexican mob that they won’t let him stop. He came up with a perfect scheme, introduced his Mexican contact Del to the local opium farmers (Peter Mullan and Lisa Emery) to get the scheme started, and that introduction fell through, violently. On the plus side, his family was reunited. 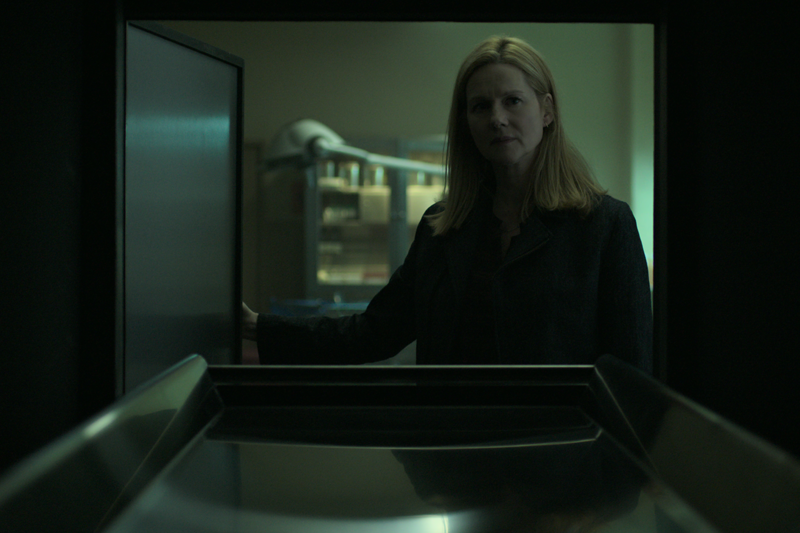 In a nutshell, the scheme was to open a new casino to provide an easy money-laundering front, and for the cartel to distribute the Snells’ heroin. But now that Del is no more, a rethink is in order; not to mention a thorough risk analysis. Ozark Season 2 follows all three families that we got to know last time – Byrdes, Snells and Langmores – as they navigate their various paradigm shifts. Ruth Langmore (Julia Garner) is developing some acumen as Marty’s deputy (“You wanted more responsibility: this is what it looks like.”); but her domestic situation is even more complicated than both the others put together.

You’ll be very pleased to hear that whichever character you loved most in Ozark Season 1, you’ll meet them again; perhaps not straight away, but you will meet them. My favourite was sometimes Ruth (I must track down and watch We Are What We Are again sometime), and sometimes the grouchy and outspoken Darleen, both of whom are still as important – and mouthy – as they were before, right from the start. And just wait until you see who turns up again a little later, that you had just about forgotten.

We are also introduced to three new major characters, one by one. Janet McTeer plays an impressively cold lawyer, representing the cartel’s interests in the casino plans and concerns about Del’s absence. Cade Langmore (Trevor Lo) is ready to be paroled from prison, or at least he likes to behave as though he’s ready. And then there’s Charles Wilkes, a mysterious local landowner with immense political influence.

Ozark‘s sharp dialogue and the careful, unhurried pace of the series is just the same as in Season 1. We still have some tense moments contrasting with casual wit and occasional flashbacks. Jason Bateman is still firmly at the helm. There was such a seamless continuation from the end of Season 1 that I was tempted for a while to just refer to our earlier review and add, “what she said, and more.”  More money to be laundered, more risks, more ripples in the lovely rural pond. The ripples spread very wide – wider than anyone can see at their source – and with this comes the inevitable escalation.

[It’s a sequel], as opposed to a second season… The second year is not a completely new story, but it is another single beginning, middle, and end.

I can understand that: a second season (which is how Netflix is promoting it, as it happens) would imply there could be more, indefinitely. You cannot watch this without seeing Season 1 first, where the characters are introduced and the scene is firmly set. But assuming you have seen Season 1, you will love the way the story expands, now the characters have found their feet with style.

That’s pretty much how I felt about John Wick 2. And this is five times bigger.