I’m not going to beat around the bush: Boar is – as director Chris Sun has said – “a really big pig that kills people.” The clue, as they say, is in the title.

It is indeed big: two tonnes, and eight feet tall. And it does indeed kill people. Fortunately, like Jaws, Boar is more about the people than the monster who kills them.

The people are farmers and other residents in a small rural town; and a visiting family, one of whom grew up in that town. I recently wrote about another Australian horror-thriller, Killing Ground, and described it as, “Nice young people in the middle of nowhere meet hostile locals“. But Boar overturns that expectation. The locals are generally lovely; even the ones played by actors who are usually bad guys. 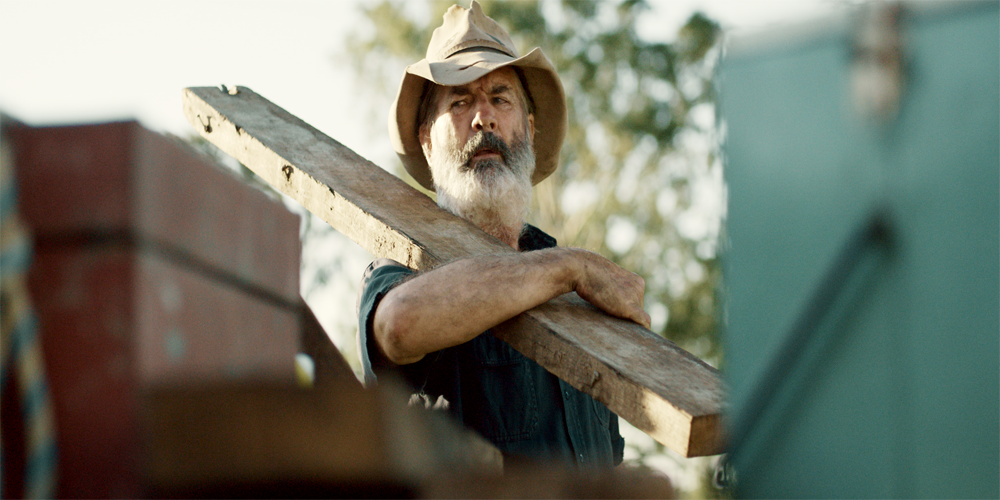 Like Spanish horrors, I haven’t yet seen any Australian horror film that I didn’t like. I’ve not seen many though; otherwise, I might have been able to place some more of these faces. Recognised one of them straight away though: John Jarratt, who was so damn scary as Mick “head on a stick” Taylor in Wolf Creek. I especially loved getting to know him in Wolf Creek 2 (an excellent sequel); but in Boar, it’s like Mick has stepped through the looking glass: he’s not just friendly, he’s a dependable friend.

There are other familiar Australian faces from Home and Away (Melissa Tkautz), Crocodile Dundee 2 (Ernie Dingo), Mad Max (Roger Ward), Mad Max: Fury Road (Nathan Jones), Neighbours (Simone Buchanan), and so on. And then there’s the ubiquitous Bill Moseley (Texas Chainsaw Massacre 2, etc), who isn’t Australian but is given the name Bruce as if to compensate. 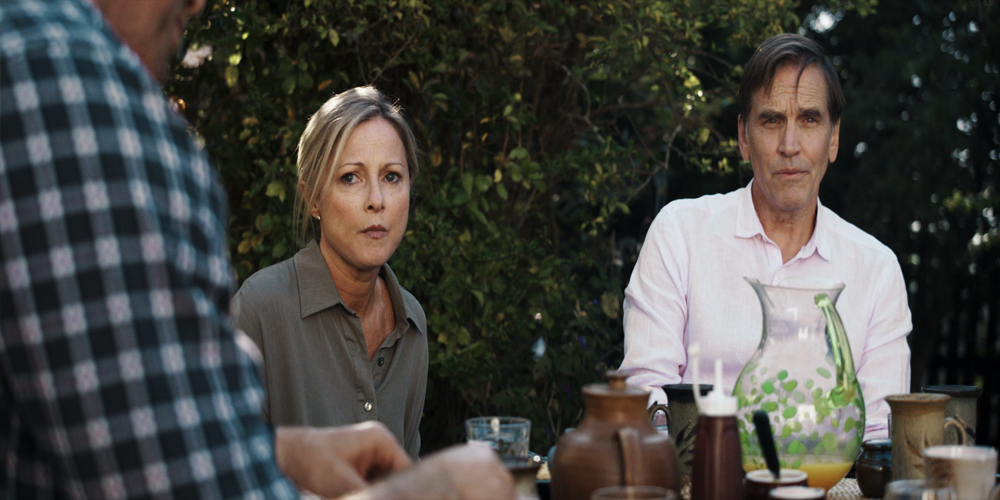 Boar is being marketed as a horror (I guess because “monster movies” tend to be equated with horror), but I am more inclined to call it a survival thriller: Boar isn’t a scary film, though there are some tense and exciting scenes, and several where you cannot tell who is going to survive. That said, there are also some in which it’s clear some people are done for.

Chris Sun is known for writing, directing and producing low-budget horror films with lots of violence and gore. From the start, the production does not look cheap at all in Boar, and although there are some brutal deaths, the focus has moved away from bloody human violence to making the boar itself scary, and making survival damn near unlikely! As the publicity for the UK premiere at Frightfest read, “Chris Sun’s vision for BOAR is to have the biggest, scariest and most badass monster pig ever put to film.” Indeed, he wanted to make people scared of going camping in the outback like people were scared of swimming in the sea after watching Jaws. He did this partly through the effective use of special effects: nearly everything about the monster pig was produced with practical effects, with only some details added via CGI. 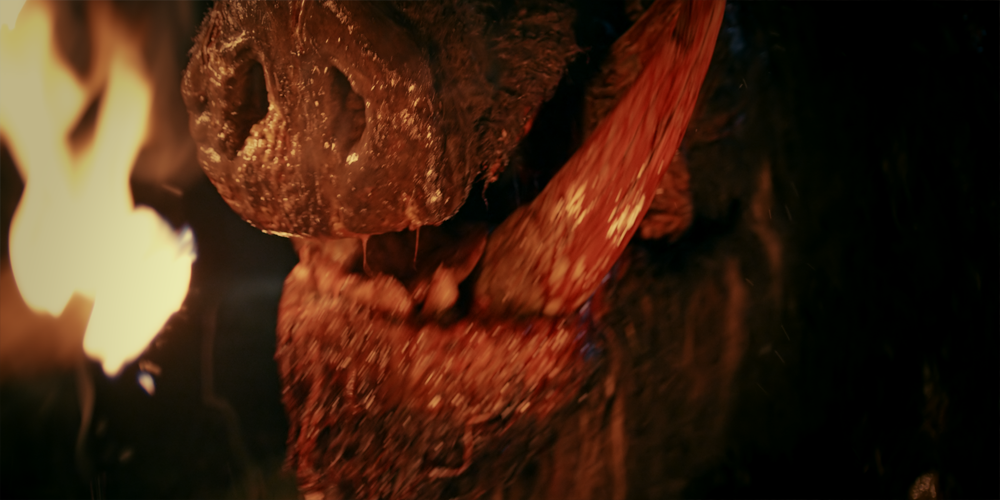 Boar is great fun, but it’s not flawless by any means. I thought the acting and dialogue were sound overall, but some of the writing was not well thought through. For example, there is no reasonable explanation for a fully mature monster pig roaming the countryside and eating livestock – potentially for years, judging by the size of it – without having been tracked down and caught.

There are a few other little niggles too, but don’t let them stop you: Boar is an entertaining man-against-beast creature feature. It has no supernatural nonsense, a good cast and fabulous scenery. Not a bad way to spend an hour and a half.