A mesmerising psychological noir thriller in which a one night stand turns sour; and that’s just the start. Debut feature from director David Barker, which he co-wrote with Lou Mentor.

A mesmerising psychological noir thriller in which a one night stand turns sour; and that’s just the start. Debut feature from director David Barker, which he co-wrote with Lou Mentor.


Pimped is a simple tale: Sarah (Ella Scott Lynch) feels the need for a night out, hooks up with Lewis (Benedict Samuel) at a bar, and goes home with him. She doesn’t know that he has mischief in mind, cooked up with his housemate, Kenneth (Robin Goldsworthy). Of course, Lewis and Kenneth have no idea of Sarah’s hidden depths.

There lies the excitement (or risk) of a one night stand.

Lynch plays the role of Sarah with apparent ease, despite its complexity. Sarah is evidently someone who doesn’t always know how to be herself: she has a more assertive alter ego (played also by Lynch) who helps steer her through difficult spells. None of Sarah’s quirks are explained, so we have little choice but accept her at face value: the writing and direction support this, so that there may be some surprises, but nothing which makes the story far-fetched. 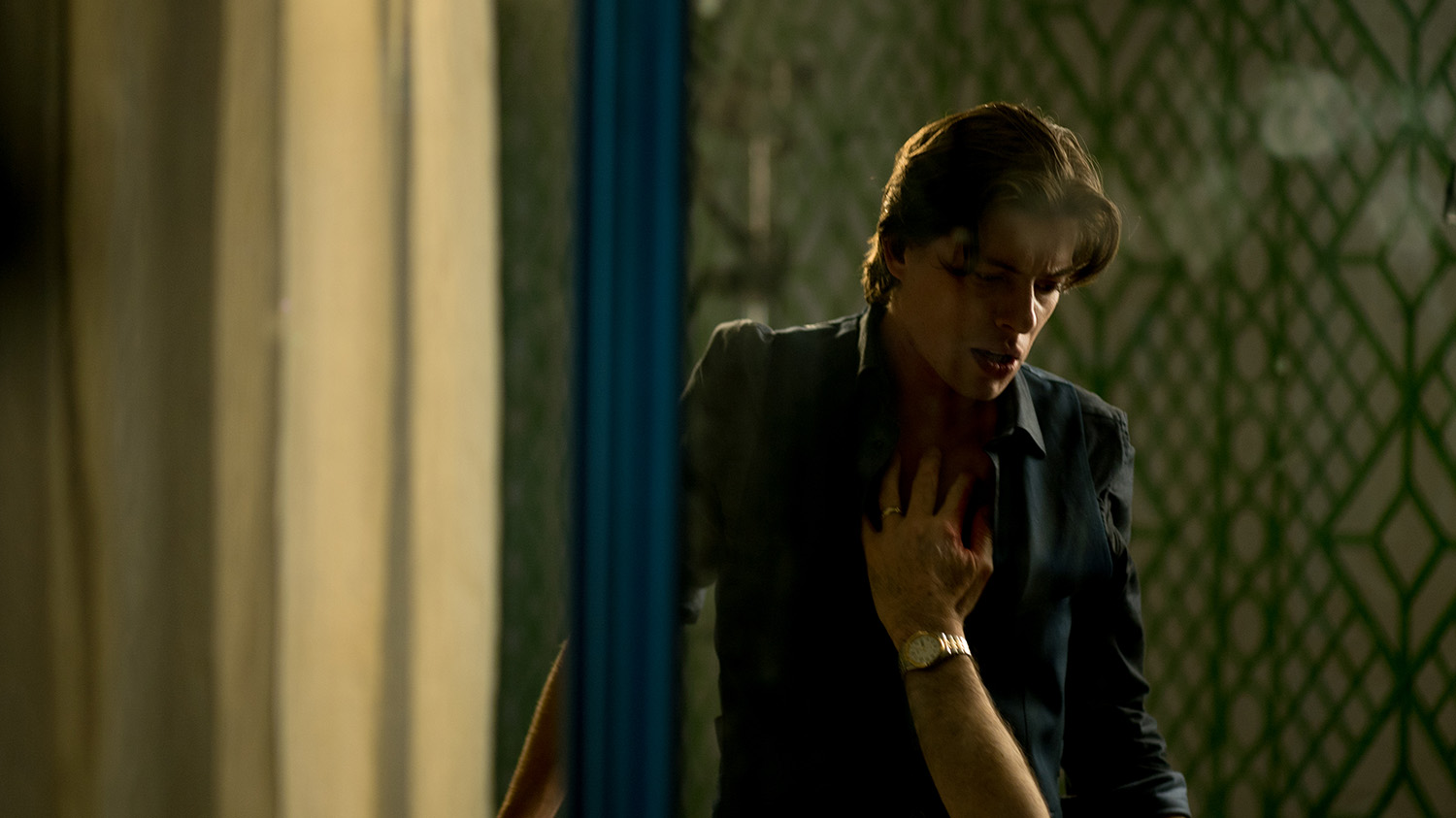 Lewis is a handsome and manipulative sneak; somewhat less complex a character than Sarah, though he has to ride some very unexpected waves along the way, and the details of his unpleasantness are drawn out in a piecemeal way. I’m not familiar with Samuel’s role in Gotham, but he played off Lynch’s Sarah very neatly. I would happily watch either of them again.

(Yes, there are other characters, but not many. Kenneth is a spoilt t**t; his parents plot-device snobs. None of the acting is below par in the slightest, but that’s as far as they go.) 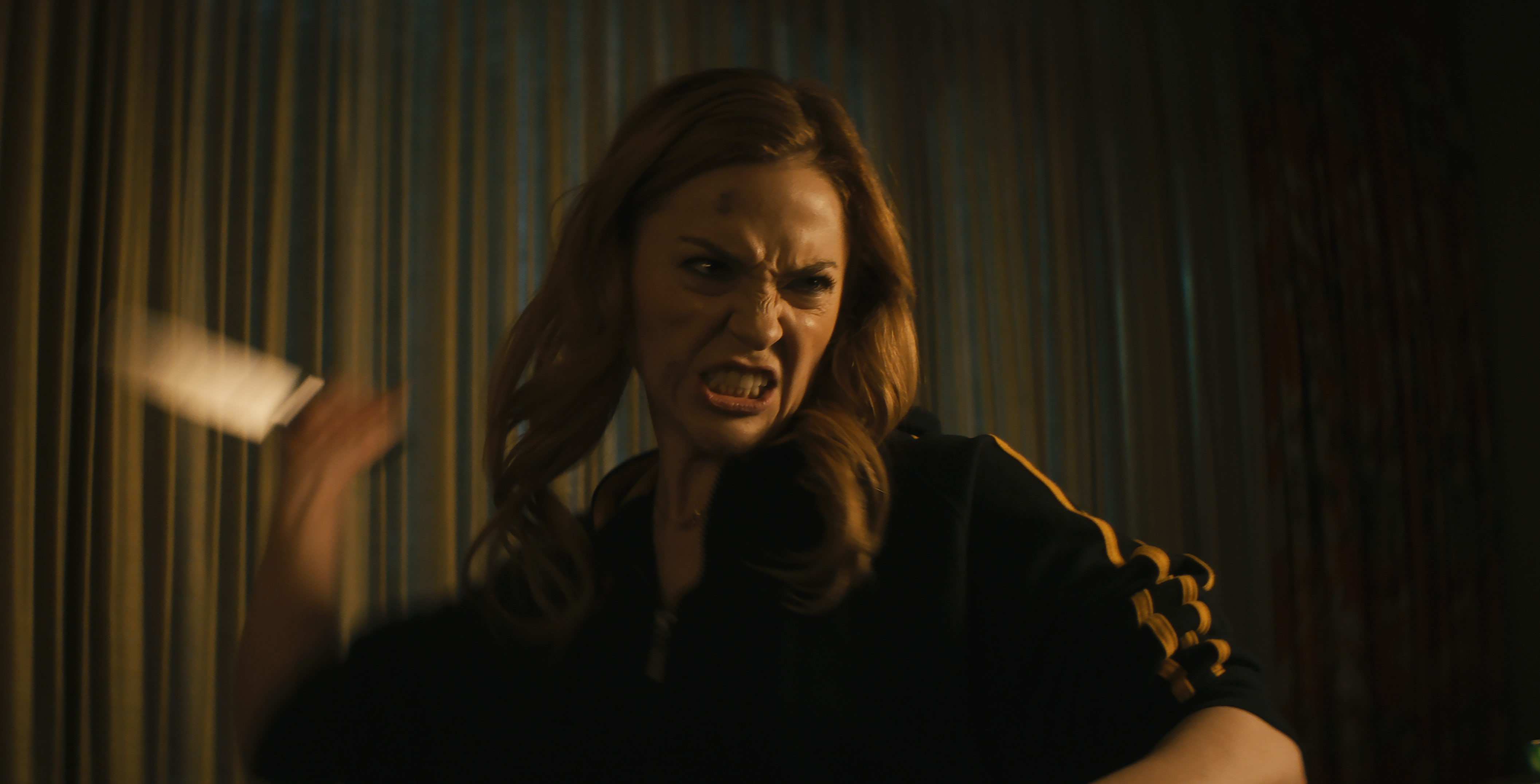 This is not a thriller full of car chases and explosions: Pimped is largely made up of two people trying to understand what they are dealing with and come out on top. The action – when it comes – is short, sharp and takes the sparse plot around an unexpected corner each time. The style reminded me of John Dahl’s noir thrillers (such as The Last Seduction and Kill Me Again) at times, but Barker has made it his own nonetheless: admirable for a first feature.

There is an unhurried dreamlike quality about Pimped. For most of the film, we watch Sarah’s perspective and listen to her make up her mind at various steps (the alter ego was a great alternative to a voiceover). But even before we meet her, the dreamlike style is apparent, when the camera wanders through a decadent party at Kenneth’s home, before settling on a conversation between him and Lewis, showing viewers the two characters in a nutshell.

The background score reinforces that dreamlike mood: it is almost constant, though laid back and atmospheric. Never once does the music seem overdramatic, regardless of what is going on at the time. 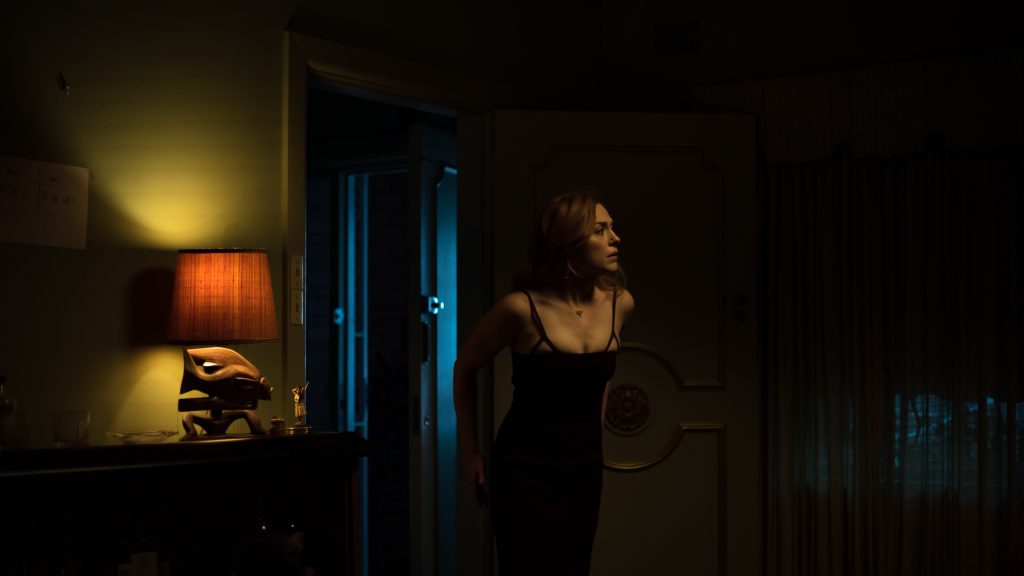 Considering most of the film takes place at nighttime, colours and lighting are very carefully applied. Rich brown-red shades feature in the house a lot of the time so that shadows and other colours stand out. And I especially love the way the camera lingers over doors sometimes.

Although Pimped‘s main characters have a lot to say, there is very little explicitly spelt out: no backstory, some natural ambiguity. I admire how a great deal was left open to interpretation, though with clues to pick up if a viewer is so inclined. I found the whole film gripping and would be intrigued to see whether the planned home media release (early next year) comes with interviews or commentary.