Essential viewing. Carlos Estrada’s film, if not the best of the year, is the most important. Blindspotting is shocking, powerful, provocative, incendiary, even funny. It’s ripped from the moment. It encapsulates today’s modern indignation. It’s a contemporary classic.

Essential viewing. Carlos Estrada’s film, if not the best of the year, is the most important. Blindspotting is shocking, powerful, provocative, incendiary, even funny. It’s ripped from the moment. It encapsulates today’s modern indignation. It’s a contemporary classic.


In Blindspotting, a middle-aged cop unloads his weapon into a young, unarmed male on a quiet street at night in Oakland, CA. Just after he pleads with the officer not to shoot is when he is gunned down. The victim is black, and the police officer is white. While these city streets may be changing, some things remain the same.

Witnessing the crime is Collin (played by Hamilton Broadway star Daveed Diggs), a black parolee who was stopped at a red light while driving a moving company truck and trying to get back for his 10 pm curfew (he has three days left on his parole). It’s a striking visual as Collin sees the unarmed man, hands raised in surrender, in the rearview mirror.

Collin’s best friend since childhood, Miles (newcomer Rafael Casal in a tour de force performance), who’s white, is an unpredictable hot-head. His behavior continually puts Collin in danger of violating his parole. We soon come to realize Miles had a key role in Collin’s incarceration.

Blindspotting builds suspense slowly and piles on the tension while tackling gentrification, indignation, and racial identity. Trying to handle the emotional complexity of the injustice he witnessed, being a guardian angel to a man that keeps putting him one step closer to violating his parole, and waiting out the last few days to reclaim his freedom, Collin is the most perplexed man in the Bay Area. 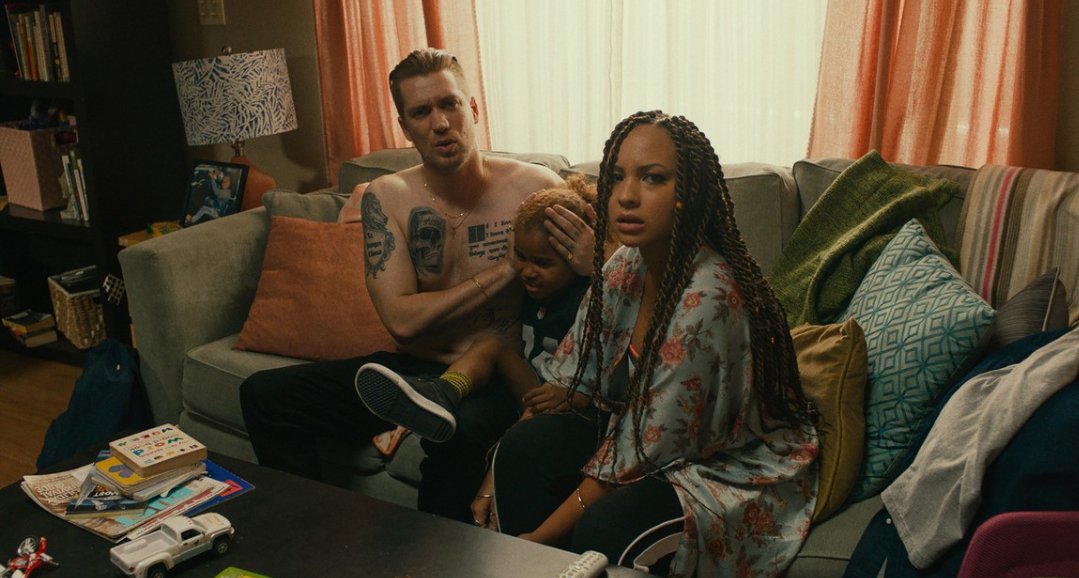 Miles deals with his own identity growing up in a neighborhood that doesn’t always accept him for who he is, even being raised there. Miles attacks a young black man in an explosive scene for telling him he doesn’t have to “act ghetto” to hang out there. Miles is a hothead, and this triggers a handful of confrontations, including a pair of stunning scenes. One is finally coming to blows with Collin. The other sites at a kitchen table with his girlfriend, Ashley (a scene-stealing Jasmine Cephas-Jones, who matches Casal shot for shot). The sparks fly, and the emotions run deep. They linger in your mind well after you leave the theatre.

The script for Blindspotting was written by Diggs and Casal (who grew up together in Oaktown), and boy do they know how to hit you over the head with it. One scene has the characters (and the audience) laughing at a child’s gift to his father; then, seconds later, they are frozen in horror as a potential accident possibly unfolds.

Casal, in his first film role, displays a split-second rage reminiscent of a young Al Pacino. His performance is a hurricane, a true force of nature. I can’t imagine anyone else taking home the Oscar for Best Supporting Actor this year. This is one of the greatest supporting characters in modern film history. He’s that good. 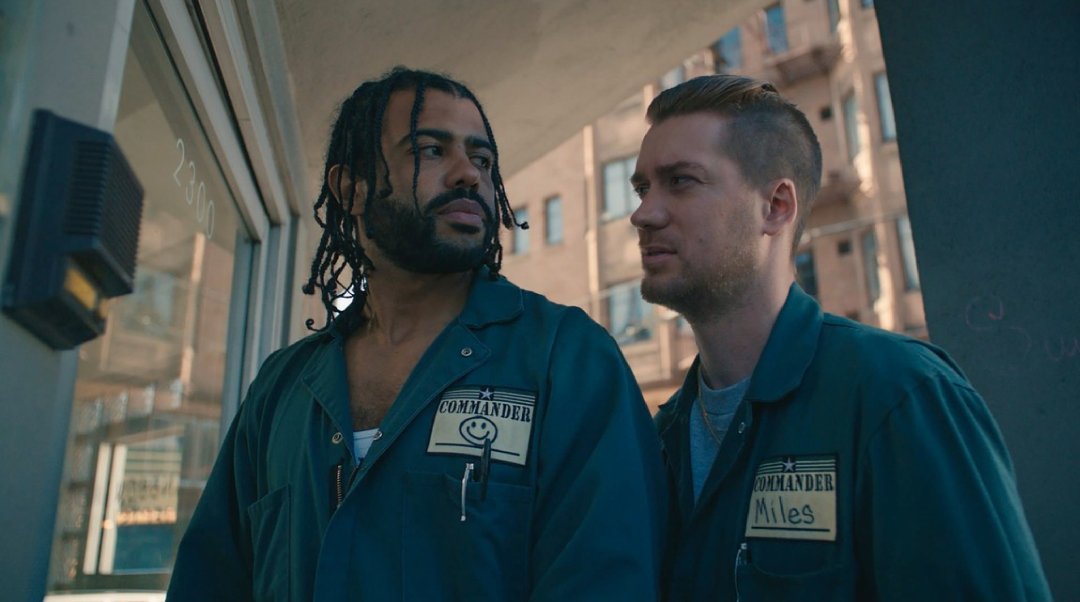 While confronting the white cop, he saw a gun down a defenseless man. Daveed Diggs’ final act is mesmerizing. It’s a byproduct of a group that has felt unfair treatment and feelings of social injustice that comes pouring out in one explosive, ultimately moving, scene. Any Best Actor category should include his name. Oscar needs to punch both their tickets to the show now. No excuses.

Blindspotting is essential viewing. This is a first-time feature film from Carlos Estrada, whose film is the most important if not the best of the year. Blindspotting is shocking, powerful, provocative, incendiary, even funny. It’s ripped from the moment. It encapsulates today’s modern indignation. It’s a contemporary classic.