A Hitchcock-style missing-woman story, in the guise of a light Martini-mystery. And it kind of works.

A Hitchcock-style missing-woman story, in the guise of a light Martini-mystery. And it kind of works.


A Simple Favour is about Emily (Blake Lively) and Stephanie (Anna Kendrick): very contrasting friends who meet via their sons at the school gate. Stephanie envies Emily’s gorgeous kitchen; Emily wishes she could live without money worries just yet, like Stephanie. They get to know each other via sordid titbits, rather than deep connection: in their own ways, both women are lonely, so call each other “best friends”. And then, having asked Stephanie to pick up her son one day, Emily doesn’t come home.

Anna Kendrick’s Stephanie is a stay-at-home Mum who puts as much time into a food-and-crafts vlog as she does minding her son. She is reserved (“Prudes are people, too” accepts Emily) and still somewhat guilt-ridden over the death of her husband. Kendrick plays the character with careful modesty, and it is a joy to see when she starts to let some of that go (“no I’m not sorry!”). Blake Lively (who I last saw playing a strong solo in The Shallows) plays Emily as a power-dressing Cruella-de-Vil of the perfume world, a woman who loves to keep her distance, but is rather too good at it for her own happiness.

A Simple Favor is an unusual beast: it looks like a romantic comedy, but the story is as film-noir as they come. It took me a little while to acclimatise to that hybrid style, but overall it kept me engaged. It is directed by Paul Feig, known for Bridesmaids, and a range of TV comedies; and in 2018, I think his style works for such an outlandish story. The key characters are female “types”; so why not exaggerate them and make them caricatures? It’s tough to make a film noir these days without it coming across as melodramatic (Gone Girl was a rare exception), especially one that has so many components: a missing person, old unexplained deaths, betrayal, life insurance, love affairs, an amateur sleuth, car crashes, seduction, surprise siblings, etc., etc. A Simple Favor embraces the ludicrous, making it a light, entertaining mystery, narrowly avoiding daft comedy.

And yes, as I indicated in my tagline, A Simple Favor is pretty much about women; yet without being either sexist nor feminist. It considers female relationships and needs of many different kinds for a two-hour film: relationships with each other, with spouses, parents, siblings, offspring, peers and bosses; all within a sample of two characters. Neither Stephanie nor Emily is perfect; they both have things to keep to themselves. So the film does not say one is exclusively right and the other exclusively wrong. It’s very interestingly written.

A Simple Favor does declare one of its characters to be pretty twisted, mind you, and here’s where the writing let me down: because she was leaned towards messed up, she was naturally bisexual, a stereotype which – I’ve said before – I (and many other bisexual people) have had enough of. I don’t know the novel, and cannot say whether the novelist (Darcey Bell) or scriptwriter (Jessica Sharzer) is responsible, but I do hope whichever it was grows out of it. Bisexual women are not all Catherine Tramell (Basic Instinct), Violet (Bound) or Harley Quinn (you know). End of lecture. 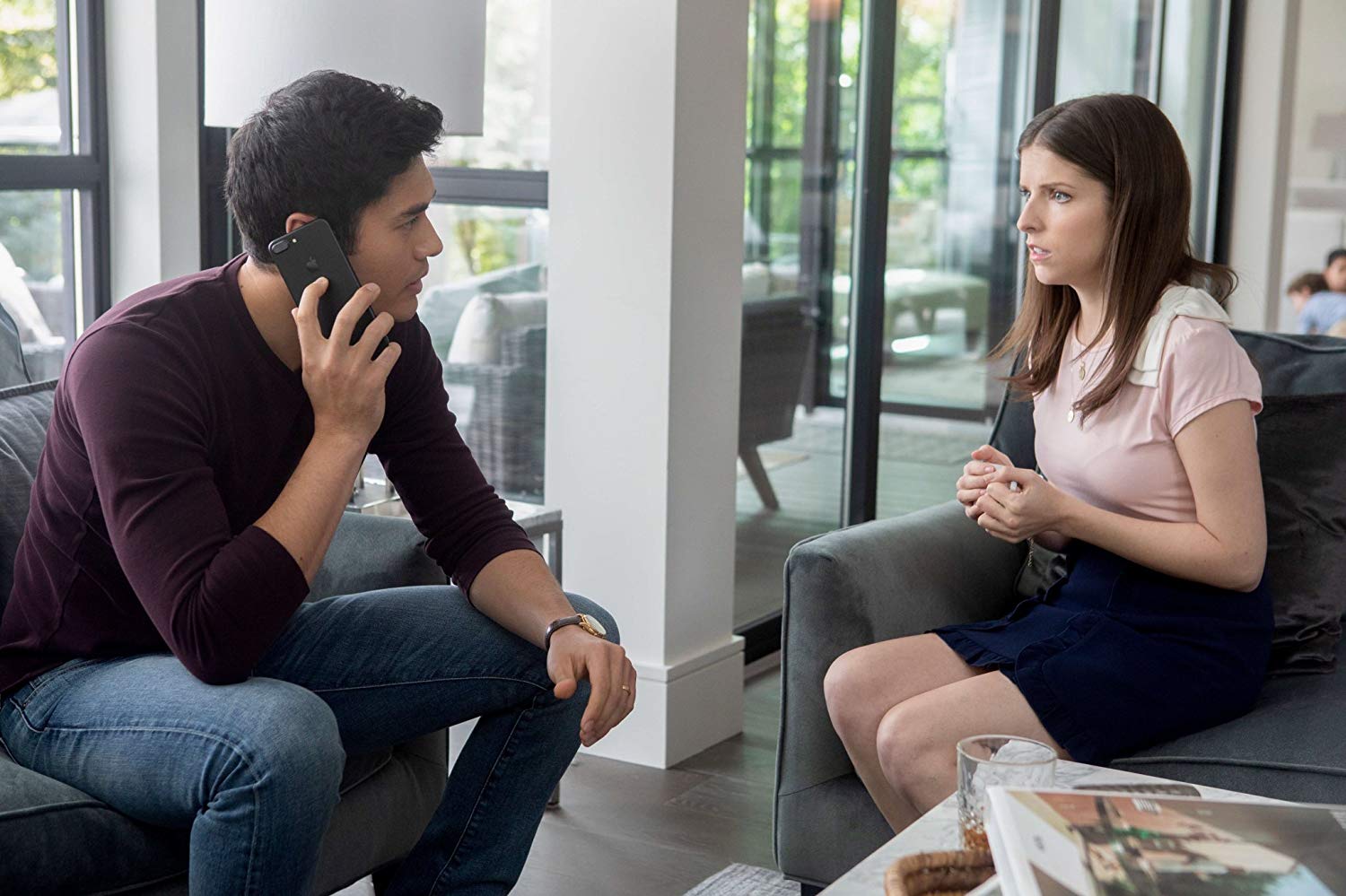 Apart from that, A Simple Favor (I have to keep telling myself it’s not A Simple Plan) is a nifty and very engaging story with plenty of surprises. I was swept along with it, not hazarding any guesses about where things were going to turn out, or indeed who was being honest. And good job too! Even Emily’s gorgeous husband (Henry Golding, from Crazy Rich Asians) proved difficult to trust at times.

There was a slowish patch in the middle, with perhaps a little more sleuthing than the story required, but skipping the slow parts would have left gaps in the plot. Perhaps another way to present the full story from the book might have been a three-part TV series. A Simple Favor had a pacy third act though so overall it was a satisfying film.

Go watch A Simple Favor for a female-centred and entertaining (that is, not terribly deep) look at loneliness and relationships. Don’t expect high tension, but an escapist romp. You’ll enjoy the film, though you might forget it the following week.