It’s often a tricky one to pull off, but the horror/sci-fi mash-up can be hugely enjoyable when done properly. In 1997, we received Event Horizon from Paul W. S. Anderson and writer Philip Eisner.

Set in 2047, the story starts with the reappearance of the deep space vessel Event Horizon, that had disappeared then returned from places unknown. A rescue crew are sent to investigate, and they slowly learn the true horror of where the ship has been and what it has brought back.

The film, essentially a ghost story set in deep space, is visually stunning and Anderson was given a lot of leeway during the production. However, things began to fall apart when the studio demanded a finished product quicker than anticipated, and its original run time of over 2 hours was drastically cut, meaning plot points were lost, and the director left unhappy.

It was only on its release for home viewing that Event Horizon began to garner the recognition it deserved.

When demand for the film increased, the studio approached Anderson to essentially provide a director’s cut, however, most of the unused footage was lost and his initial vision for the movie may be gone forever.

The scenes of horror that we see as the rescue squad embark on their mission are violent, bloody and visceral. It has often been claimed that Event Horizon owes a lot to the writing of Clive Barker, and the first Hellraiser film. 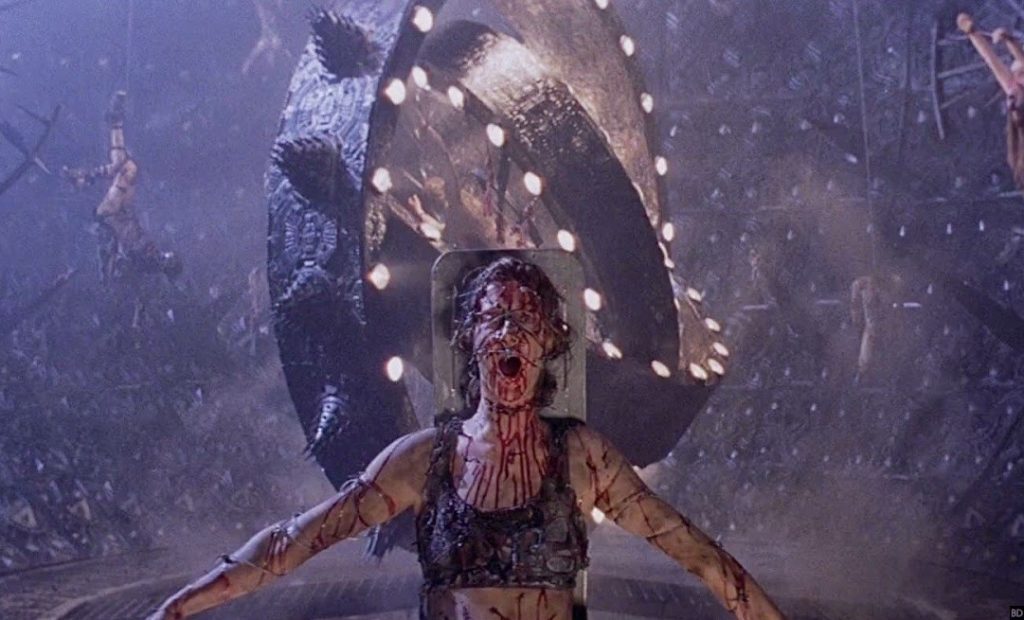 The original crew have been horribly dispatched, and we see glimpses of the terror they went through. Ghosts from the past return to haunt and terrify the current visitors on the ship, and the suspense and horror ramps up relentlessly as we approach the final scene.

Although a box office flop, there’s a lot to enjoy in Event Horizon. The effects are superb, the story suitably twisted, and there are great performances from the cast, including a demonic Sam Neil and heroic Laurence Fishburne.

It may have been overlooked by the cinema-going public, and critics who didn’t quite understand what they were watching, but it’s a great Halloween movie that’s still finding new fans whenever it’s shown.