Fugitiva is a genuinely enticing series that portrays the ultimate mother’s sacrifice to protect herself and the wellbeing of her family in dangerous circumstances.

Fugitiva is a genuinely enticing series that portrays the ultimate mother’s sacrifice to protect herself and the wellbeing of her family in dangerous circumstances.

The story of Fugitiva is the ultimate motherhood sacrifice, shredding away the constructs of normal family life to protect the children. The Netflix original series understands the meaning of love for your children, but in the case of the character Magda (Paz Vega) her sacrifices are born from years of ruthless domestic abuse, and a threat on family life.

The husband Alejandro (Julio Bracho) appears to be the high-life stereotypical businessman in the opening episode of Fugitiva, who has become burdened by the kidnapping of his family while he is spending an inordinate amount of money on sports horses. It is easy to be fooled by the dramatics, as his family has been thrown into the back of a lorry while on the way to a table tennis tournament.

Of course, the biggest giveaway is that Magda, the wife, is staying relatively calm and asks her children to control their breathing as they prepare for some time away under a supposed high ransom. The twist and the main plot is that Magda has planned the entire kidnapping. Their lives are not in danger, and the kidnappers are paid for by her to get her out of Mexico, which claims to have five unreported kidnappings a day. Fugitiva is a twisted, complex plot about a mother trying to keep her children away from an abusive, wealthy husband. 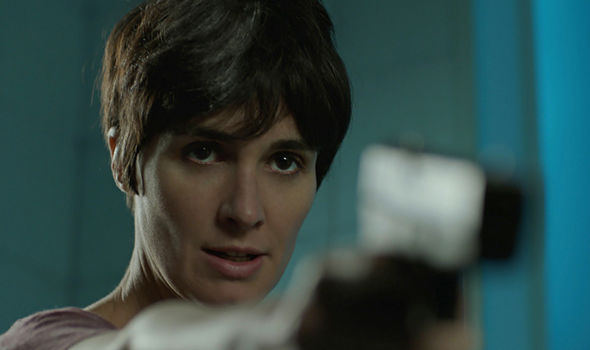 Once the stage is set in the Spanish Netflix series, you will become slightly bemused at the destination; the party-pumping Benidorm. Fugitiva feels entirely like a different series when we arrive here, but the strength is that the danger is continuous, with the mother perilously paranoid by her fake captors, who have arranged an entirely new family life. Fugitiva lives on the notion that the children are less understanding than their mother, and as such, the issue of staying hidden in a highly populated Benidorm is not as easy as planned.

Of course, the bewildered and enraged husband wants to save his family initially and instructs a private investigator to find the whereabouts of his loved ones. As the story sets the scene, it is soon realised by his acquaintances that it was not kidnapping and the ransom is undoubtedly fake.

Alejandro is a man consumed by power, and the knowledge that he is not in control is apparent, resorting to rhetoric at his entourage early. His abusiveness comes to light, taking it out on the woman he has started an affair with, which we learn to no surprise. The real story of Fugitiva quickly unravels from episode one.

Fugitiva is a genuinely outstanding effort; it has its flaws. The scenarios presented can be a little heavy on the exposition, and it does feel a bit odd when the tone shifts from light to dark, especially when the children are partaking in out of bounds social activities despite the intense situation. The original Spanish series is a twisted opposite of Taken, which one of the characters slyly implies, and adds another formidable international series on the streaming platform.