DCI Luther is back for a fifth succinct season, and episode one sets the scene as thoroughly and grippingly as we knew it would.

DCI Luther is back for a fifth succinct season, and episode one sets the scene as thoroughly and grippingly as we knew it would.

DCI John Luther is bloody good at his job, so much that he is consumed by his dedication to pretty much everything he investigates. Protocol goes by the wayside, in favour of stopping the baddie, leading him to be mistrusted by colleagues, which leads to shortcuts, losing track of loyalties and so on.

But he’s still bloody good, and it’s great to have him back, this time for a four-episode series. Luther is played very capably again by Idris Elba (a confident actor, even when he’s playing a man who’s losing confidence). I admired him as much in Zootopia as I did in Molly’s Game and The Wire; in fact, I can’t think of anyone who’s seen Elba play a part and not admire him.

Again, the series is written by Neil Cross, who created the characters and wrote the prequel novel. Luther Season 5, Episode 1 is directed by Jamie Payne, who did such a nice job in The Alienist, and a fine job he does here too: the pacing, production, and quality of characters mirror earlier seasons, and everything flows together as it should, with music, tension, and at least two separate shitstorms piling up as episode one progresses. 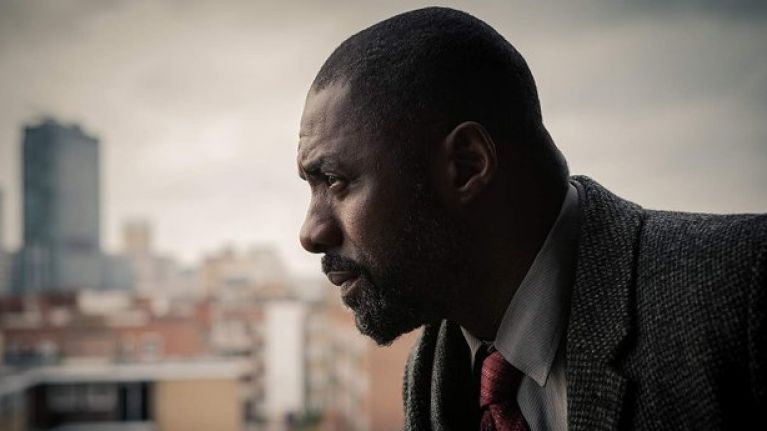 Episode one… You may remember George Cornelius (Patrick Malahide), a gang/black market boss. Luther finds himself caught up in hunting for Cornelius’s missing (presumed abducted) son, completely off the books. In doing so, he gets an informant into… let’s call it dreadful trouble this time. And it distracts him majorly from the crimes he is officially investigating with the police. There, he’s burning candles at both ends again.

Luther has a new partner (of course) for this season: Detective Sgt. Catherine Halliday (Wunmi Mosak), a naive fast-track recruit. She shows presence of mind in her job, and autonomy when Luther isn’t present, but clearly plays second fiddle when he is (not very often). Mosak plays a very similar personality to the line I’ve seen in every other role (they’ve been smaller roles so far, but a great variety, from In the Flesh to Batman vs Superman and Philomena), but the added mixed feelings of conference and naivety are new and portrayed very well. But watch: she has great instincts and the consequences of following instincts or not feature a few times during this hour.

The police are – reasonably – more concerned with some nasty murders. There are two very different ones close by each other, in a residential area, and then another quite separate, but clearly related. And then an intriguing psychologist, Vivien Lake (Hermione Norris) pops up with a lead… an uncannily likely one. DS Halliday doesn’t feel quite right about that investigation, but also doesn’t feel great about following her instincts (what did I say?), so goes to see Luther, at the same time as Cornelius is on his way to have a firm word and a lovely familiar face from the past turns up too.

So at first, the plot of Luther Season 5, Episode 1 feels a little like True Detective, with nasty deaths and quality-but-mismatched detectives. Fortunately the style and the people are Luther through and through… and by the end we’re firmly in the territory of the Luther we’ve been missing. He’s back, and there’s no knowing where the various plot strands will weave next.