MARS: Inside SpaceX gives us excellent insight into the company making the reality of creating a colony on Mars possible.

MARS: Inside SpaceX gives us excellent insight into the company making the reality of creating a colony on Mars possible.

Everyone has a different view of the world and what the future means, but the one bugbear that eats away at my brain on a daily basis is the lack of budgets that are given to space exploration programmes. Since we first landed on the moon (don’t dispute it, that’s weird) we have carefully gone backward in space technology, rather than forwards, a point made by Elon Musk in MARS: Inside SpaceX.

The reality is, the human race cannot continue to exist by remaining on earth. That is not a probability based on some theory: it is 100% factual, so there is a recognition that for our future generations to survive we need to get our arses off the seats and explore the deep Universe. So when major media outlets like the BBC or Sky News incisively place a space milestone in their “featured” sidebar, rather in “breaking news”, it makes me sick.

But enough with the ranting, let’s talk about the 46-minute documentary MARS: Inside SpaceX. I’ve watched many materials that discuss the possibility of going to Mars as our second home, but SpaceX are real about it, so it is no surprise that this documentary is the most insightful above the theoretical ones. MARS: Inside SpaceX gives us a background of their company, their objectives and the shitload of money Elon Musk has rammed into it to build a variety of rockets, so one day we can create a colony on Mars. 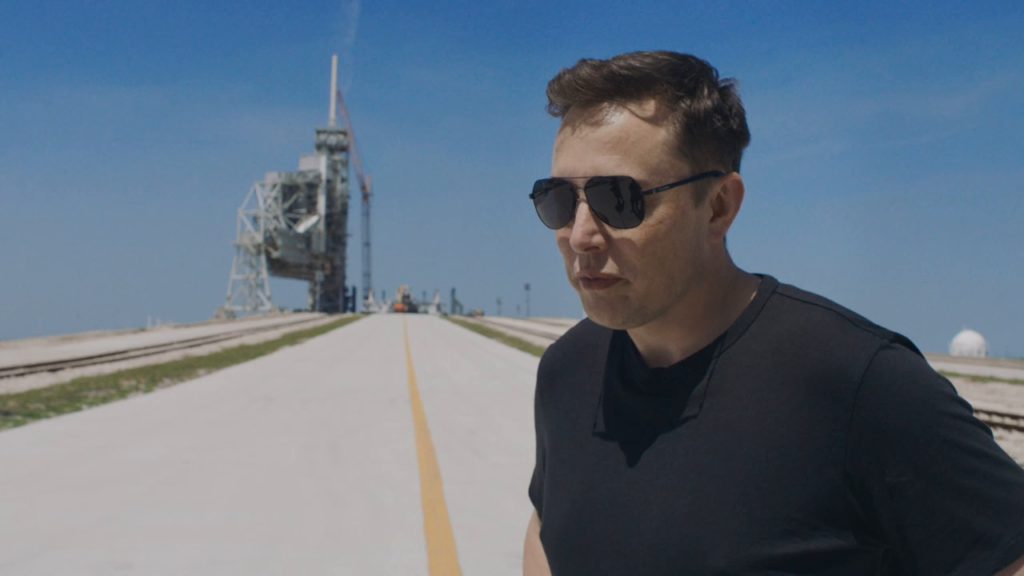 Everything is all about potentially getting to Mars which is the downfall of this documentary, however, with strapped budgets provided to NASA, MARS: Inside SpaceX confirms we need a crazy rich narcissist like Elon Musk to enable the world to change the way we approach space travel. If you hadn’t seen the video when NASA landed a rover on Mars, then you must undoubtedly watch the reaction of the project team; their celebrations are as exhilarating as scoring the last-minute winner in a football match – well, there are moments like this to savor in MARS: Inside SpaceX.

Regarding the history, the documentary does delve into the costs of building technology for this kind of thing, which is horrendously extortionate. MARS: Inside SpaceX discusses reusable rockets, so we can treat launches like we do planes, in that we can do them over and over again.

The one thing the documentary does not do is profile Elon Musk heavily, and I suspect that is because his popularity dwindles year on year. He is literally the evil genius in a Sci-Fi film, except he’s trying to create innovation that will benefit the world; his evilness sprouts from his terrible use of social media and calling random folk pedophiles.

If you are excitable about the future of space travel like me, then MARS: Inside SpaceX will undoubtedly offer you a guide into the fast-growing rocket space travel company.