Memories of the Alhambra episode 12 shows Yoo Jin-woo determined to prove the doubters wrong, in a somewhat sobering chapter in the series.

Memories of the Alhambra episode 12 shows Yoo Jin-woo determined to prove the doubters wrong, in a somewhat sobering chapter in the series.


This recap of Memories of the Alhambra Season 1, Episode 12, contains spoilers. You can check out our thoughts on the previous episode by clicking these words.

Memories of the Alhambra episode 12 was rather dull. Okay, they gave us a sober twenty-minute segment of Yoo Jin-woo (Hyun Bin) and Jung Hee-joo (Shin-Hye Park) enjoying their relationship; the new couple joked and quipped about the freshness of their relationship, despite the investigation looking over the ex-CEO. Jung Hee-joo is understandably worried about the prospect of her boyfriend getting arrested, but he seems somewhat relaxed about the entire ordeal.

But with drama comes more drama as Jung Hee-joo’s grandma finally finds out the truth regarding her grandson and the programmer of the video game, Jung Se-joo (Chan-Yeol Park). The news caused her to collapse. Her sudden health problem felt anti-climatic in the grand scheme of the story because her granddaughter wholeheartedly believes Yoo Jin-woo is not the cause of her brother’s death.

With the investigation looming, Yoo Jin-woo is calm within himself, even taking a significant step with his character and taking Jung Hee-joo out on another date. He confusingly toys with his girlfriend, mocking her fancy earrings, stating that she looks better plain and that he wished he did not tell her to dress up. He is clearly controlling, yet he seems to get away with anything he says to her, and she jests back. How wholly realistic, but for the audience, it’s a good glance in their flirtatious conversations. 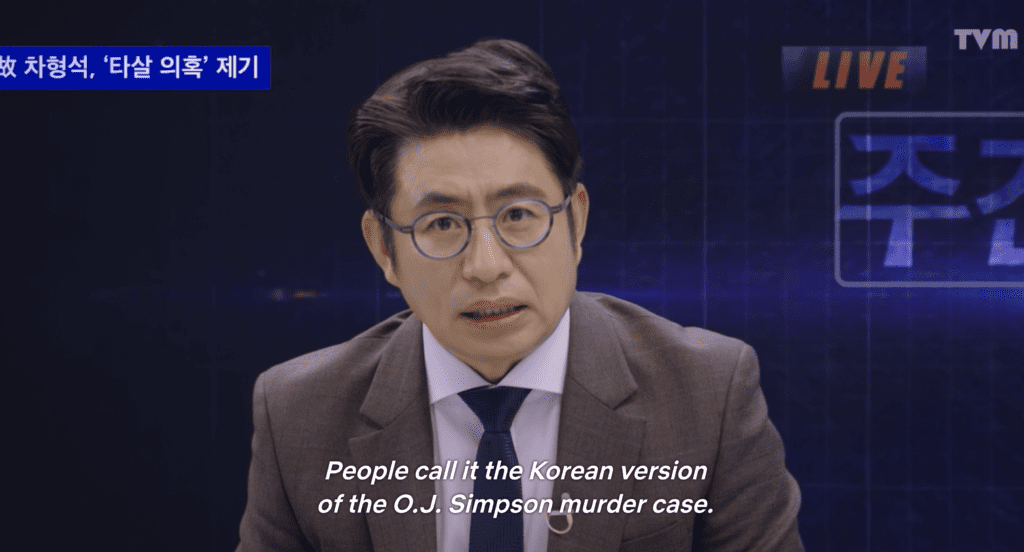 Memories of the Alhambra episode 12 forces Yoo Jin-woo to think of a strategy to get his name cleared and to also find the programmer. In the last episode, he almost felt sorry for himself, but his new relationship has refreshed his train of thought. He decides to give Mr. Cha a visit, the father of Cha Hyung-seok (Park Hoon) and explains to him that he is not delusional and he can prove it within 10 minutes. Yoo Jin-woo concedes that he understands why Mr. Cha has reopened the investigation but now is the time to determine the doubters wrong. He encourages him to restart the server and to put the lenses in.

Once this happened, Mr. Cha is experiencing the game, and he sees his non-playable character son who tries to kill him. Jung Hee-joo (Shin-Hye Park) also sees a hologram of herself from the game and looks a tad emotional. Surely now everyone will side with Yoo Jin-woo. I guess we will find out next week.